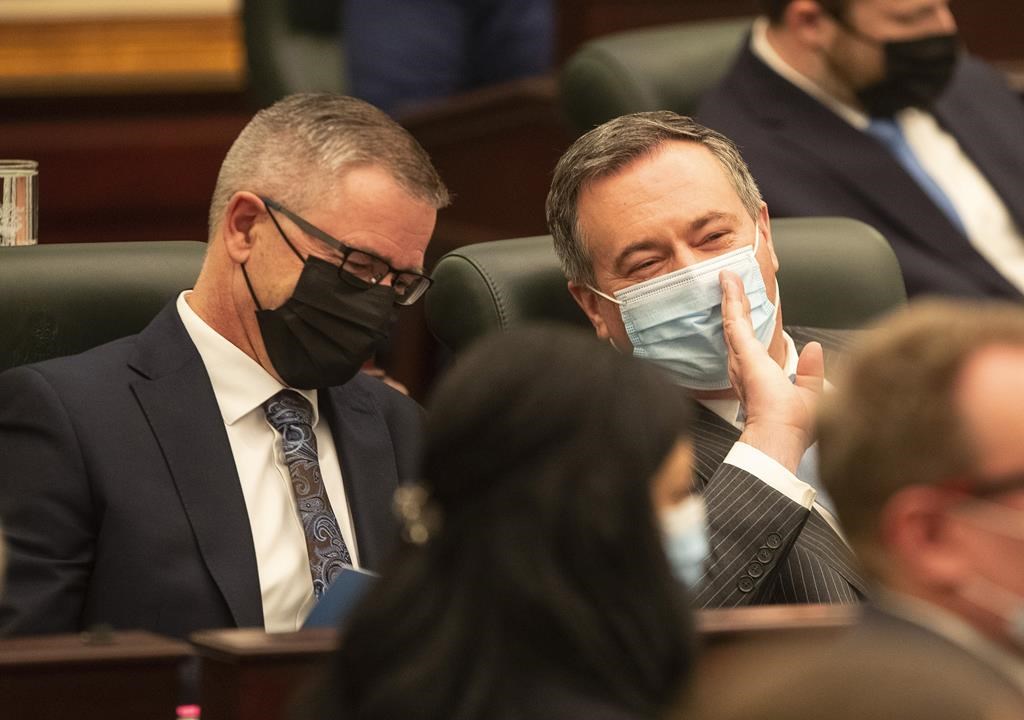 Liberal MP Joël Lightbound was the talk of the town on Monday. Part of it because of what he said about COVID-19 and mandatory vaccinations for truck drivers, and part of it because most Canadians had no idea who he was.

Let’s examine the last detail as a starting point.

Lightbound represents the Quebec riding of Louis-Hébert. Introduced in 1968, this electoral district has long been regarded as one of the most politically inconsistent. Between 1984-2015, the riding was held by the Progressive Conservatives, Bloc Quebecois (thrice), Liberals, Conservatives and NDP between 1984-2015. Most of Louis-Hébert’s representatives have been one-term MPs – and Lightbound is the only one to have won it three times in a federal election.

The 34-year-old lawyer was at one point viewed as a rising star in his party and potential cabinet minister. He served as parliamentary secretary to the Health Minister (June-Sept. 2017), Finance Minister (Sept. 2017-Dec. 2019) and Public Safety and Emergency Preparedness Minister (Dec. 2019-Aug. 2021) during the 42nd and 43rd sessions of the Canadian Parliament. He was also the Quebec caucus chair, a rather important role in a Liberal government that depends on good relations with La Belle Province to achieve electoral success.

When Prime Minister Justin Trudeau won last September’s federal election, Lightbound wasn’t placed into another role. (There are unverified reports that the MP was the one who asked to be removed.) He’s still Industry and Technology Committee chair, but sits in the backbenches biding his time with Liberal MPs who’ve watched the cobwebs spread on their phones far longer than he has.

What was the reason behind it?

“He’s not super-likeable, in the way smart guys can sometimes be a bit much,” Macleans columnist Paul Wells observed on Feb. 8. “He’s chippy and has no discernible sense of humour.” He also noted that “in the first year of this government, it was not uncommon to hear Lightbound mentioned around Ottawa as one of the Liberals’ brightest talents. But he hasn’t clicked… all of this suggests uncommon ambition thwarted.”

At the same time, Wells pointed out Lightbound is “eligible for a full pension” and “Quebec City is a strange bubble, a place with a distinctive centre-right political culture that makes it Quebec’s current capital of frustration with restrictions and mandates, which means Lightbound will have been hearing a lot about those restrictions from constituents with a documented history of partisan fickleness.”

When you put it all together, “this adds up to Lightbound as a mix of real smarts under real pressure with a strong feeling of nothing to lose.”

Which brings us to the Quebec MP’s astonishing press conference on Monday morning.

Lightbound broke ranks with his Liberal colleagues on COVID-19 policies. “I can’t help but notice with regret that both the tone and the policies of my government have changed drastically since the last election campaign. It went from a more positive approach to one that stigmatizes and divides people,” he said. “I fear that this politicization of the pandemic risks undermining the public’s trust in our public health institutions. This is not a risk we ought to be taking lightly… It’s becoming harder and harder to know when public health stops and where politics begins. It’s time to stop dividing Canadians and pitting one part of the population against another.”

With respect to the Freedom Convoy protest in Ottawa, he appeared to be of two minds.

Lightbound denounced what he perceived as “far right groups we have seen in these protests,” but said he had “enough respect for my fellow Canadians not to engage in these easy absurd labels.” This was directed at Trudeau’s comments about the protesters being a “fringe minority.” In another notable shot across the bow, he said “not everyone can earn a living on a Macbook at a cottage.” Some have interpreted this as a general comment about ordinary Canadians, but it could easily be an assessment of the PM’s past, present and future whereabouts.

Within hours, Lightbound announced he was stepping down as Quebec caucus chair. Government Whip Steven MacKinnon told the media that while this resignation was based on “disagreements with government policy,” he would remain a Liberal MP.

Some reporters and columnists spent more time focusing on Lightbound’s political future instead of what he actually said. Considering the Canadian media’s relatively favourable position about the Trudeau Liberals, that’s not surprising.

Alas, it meant they missed the meat of the matter. Additional chinks in the already-weakened Liberal armour had been exposed on an issue they’ve been fiercely united on – in public, anyway. Meanwhile, if Lightbound’s comment that “I can tell you that I’m not the only one who feels varying degrees as I do within our ranks” is valid, there could potentially be other Liberal MPs speaking out at some point.

His words won’t bring down the Liberals.

His story will eventually fade into the background as the news cycle shifts course.

Nevertheless, Lightbound’s refreshing decision to put principles ahead of power may have helped change the narrative when it comes to Ottawa’s restrictive policies on COVID-19, lockdown measures and vaccine mandates. Or additional food for thought, if nothing else.

For that, we owe him a small debt of gratitude.