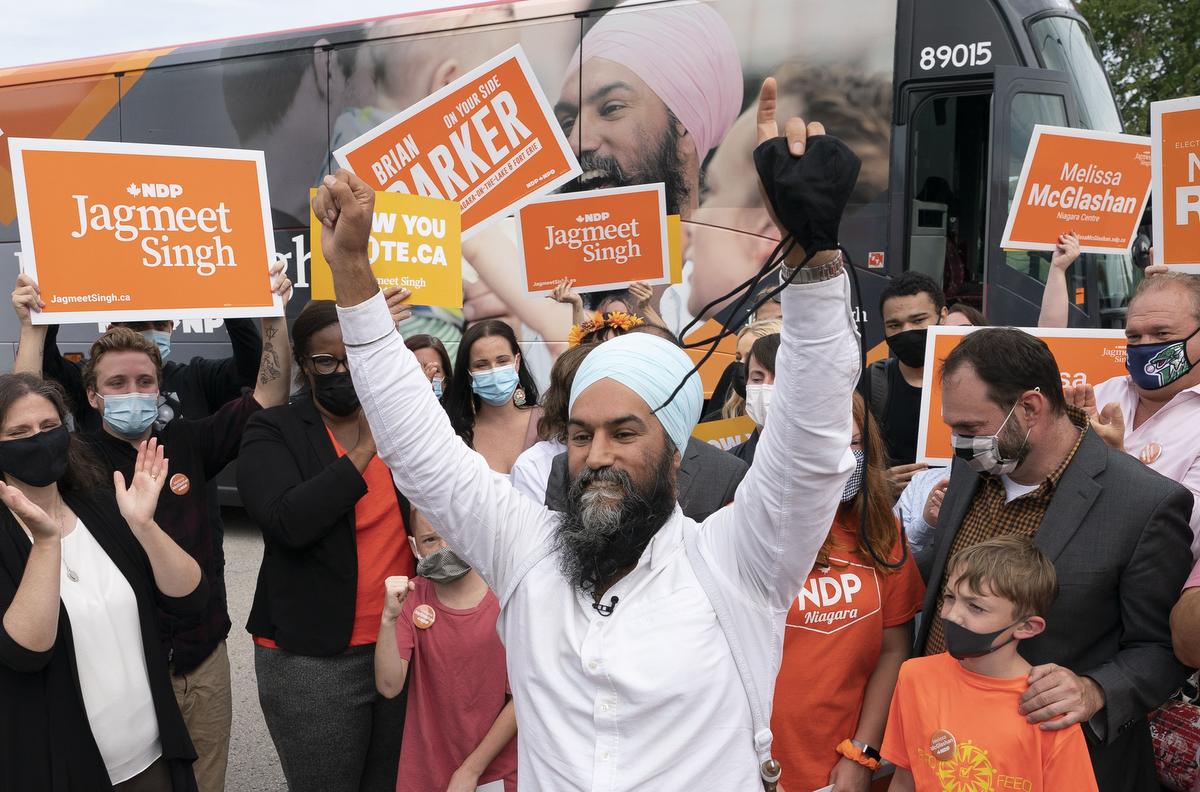 As we reach voting day, we are going to hear a lot of talk about whether the Liberals will “deserve” a majority parliament, or the oft-told hope that they can be kept in a hung parliament so that the NDP can exert influence and hold their feet to the fire. We’ve also heard some NDP proxies assert that it shouldn’t be too big of a deal if the Conservatives happen to form government in a hung parliament, because then the NDP can hold them to account. This is untrue, and history has shown us time and again that this dynamic never actually plays out.

Something that NDP leader Jagmeet Singh has been wildly proclaiming since the beginning of the pandemic was that many of the benefits that kept Canadians going throughout the various states of lockdown/mockdown were thanks to them and them alone. Singh frequently cites things like the level of wage subsidy as an NDP “victory,” when he had absolutely no influence on the decision at all – Bill Morneau’s office was consulting with the Canadian Chamber of Commerce, and the Canadian Labour Congress, and they both quickly convinced him that the ten-percent subsidy would be insufficient, and he changed course to 75 percent by the time that weekend was over. The NDP like to take credit for this when they were not inside the tent being listened to. Nevertheless, Singh repeatedly taking credit for it is frequently cited by NDP partisans and it has become part of their mythology.

Likewise, with the extension of certain benefits, Singh likes to say that it was thanks to his negotiation that they were prolonged in exchange for a confidence vote, when there was no way the Liberals would have let those benefits expire while people still needed them. He pushed on an open door, and then declared victory – something that happened time and time again over the course of the last parliament. Meanwhile, the budget implementation bill for the fall fiscal update, which contained a number of new COVID-related supports, took six months to get passed thanks to the five months of procedural warfare that the NDP were gleeful participants in alongside the Conservatives and Bloc, but they don’t like to say that part out loud.

Regardless of recent history, the notion that any incoming government with in a hung parliament will be kept in check is hokum. We saw this during the Stephen Harper years, and in several provinces where there have been minority legislature situations over the past few years. In spite of the tough talk that so-called kingmakers, like the NDP aspire to be in the federal situation, they will almost never flex their muscles because of one simple fact – nobody wants to go to an election right after they’ve had one – and if they did, and there was another viable government that could be formed in the current legislative context, the Governor General or Lieutenant Governor would say no, and let the other viable group test the confidence of the chamber. It’s not only the constitutional architecture that that would prevent them from bringing down a new government right away – it’s also because all parties are generally exhausted and financially depleted after an election, and the NDP are most especially so, usually in many millions of dollars of debt that they need to pay off before they can even contemplate another election.

This is what tends to give new governments, even those in a hung parliament, a freer hand to make moves. This is something that Harper tested very successfully during his two hung parliaments – most especially in 2008, right after the election, when his announced plan to end the per-vote subsidy, which would severely hobble his rival parties, and led to the prorogation crisis. Even though the other parties threatened to bring his government down, and had cobbled together what they claimed to be a viable governing coalition – with a supply and confidence agreement from the Bloc to prop them up – Harper was able to stare them down over the prorogation break, and that would-be coalition crumbled before they could threaten to bring Harper down a second time. In no way was he kept in check by the NDP during those years, nor would they under a hypothetical O’Toole government.

Sure, the NDP in such a hypothetical situation would huff and puff and threaten to blow the government down, but they wouldn’t. It’s also just as likely that in such a scenario, the Bloc would be the party exercising the balance of power and would be willing to prop up a Conservative government because the Conservatives have spent the past two years trying to out-Bloc the Bloc and have promised to fully implement the entire Bloc agenda (minus separatism) as a means of debasing themselves in order to win Quebec premier François Legault’s favour, and lo, they got it – sort of. Legault did say that he would prefer a Conservative government in a minority parliament (as though people can somehow mark that on their ballots), as the Conservatives have promised to roll over to him at every opportunity, and the Bloc would see it in their interests to prop up that kind of government – especially as they can claim that they are setting the agenda and getting results in Ottawa.

It will all come down to the arithmetic of seats once the votes are all cast and the counted, but the NDP’s quest to play kingmaker could come with dire consequences for the very things that they say they are in favour of – universal childcare, national pharmacare, continued action on climate change that will actually meet targets, and completing the work of lifting the boil-water advisories on the remaining First Nations reserves around the country. If they think they could convince a potential prime minster Erin O’Toole to carry on with these programs under the threat that they’ll bring his government down if he doesn’t, they’re sadly mistaken. It’ll be 2006 all over again, with national childcare and the Kelowna Accords, because of the romance with minority parliaments that never pans out in reality.