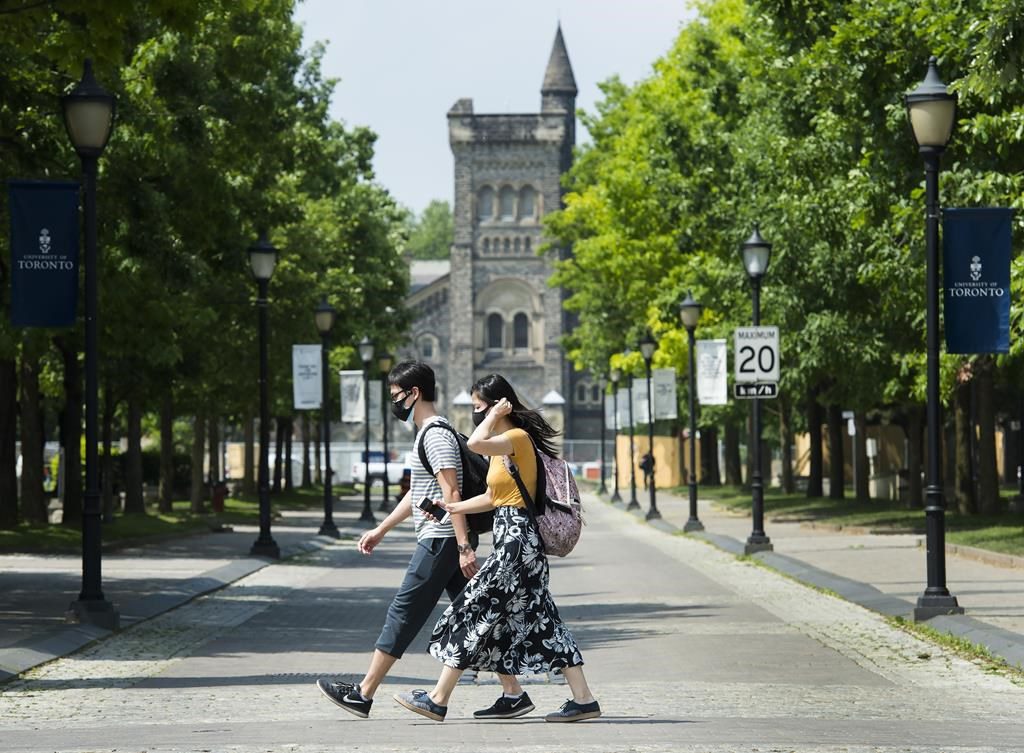 While Ontario’s college and university employees have been busy cashing in on massive pay hikes during the pandemic, taxpayers and tuition-paying students have been barely getting by.

The newly minted minister responsible for universities and colleges, Jill Dunlop, now has a full knapsack of homework to do on this expensive file.

With a $33-billion deficit, the number one job of all of Ontario Premier Doug Ford’s newly shuffled cabinet ministers should be to find savings within their departments.

In Dunlop’s case, there are plenty of savings to be found.

York University and the University of Waterloo also saw significant increases of 7.8 per cent and 5 per cent, respectively.

But as university employees were enjoying raises, everyday taxpayers were losing their jobs. The province lost 355,300 net jobs in 2020. At the end of last year, Ontario’s unemployment rate stood at 9.6 per cent.

The numbers go from bad to worse for students.

Young workers, aged 15 to 24, saw the most significant job losses of any demographic group in the province last year, according to Ontario’s Financial Accountability Office.

Despite these massive job losses, Ontario’s students can expect higher costs when they return to school in the fall, while Ontario taxpayers will be forced to pay for the province’s bloated post-secondary salary tab.

Ontario’s universities spend well over half of their budgets paying their employees.

How does that affect government spending?

The province of Ontario currently spends more than $10 billion annually on post-secondary education.

Based on our province’s three biggest universities, Ontario will spend anywhere from $6.2 billion to $7.0 billion on university employee pay this year.

In addition, the Ontario government’s post-secondary budget has increased by $2.4 billion over the past five years, suggesting that employee wages and benefits were responsible for growing the budget by about $1.5 billion.

With a $33-billion deficit, Ontario cannot afford billions of dollars in pay hikes.

As a new minister bringing a fresh perspective to the colleges and universities ministry, now is the time for Dunlop to show leadership.

That leadership should begin by tackling these outrageous wage hikes.

The Ford government has introduced legislation that, on its face, attempts to rein in extravagant salaries and benefits by capping government employee wage increases at one per cent per year.

However, the legislation has far too many loopholes. It allows raises greater than one per cent for length of employment, performance assessments, and the completion of further education.

In addition, as far as the colleges and universities ministry is concerned, limiting pay increases to one per cent simply doesn’t go far enough.

Dunlop can work with Finance Minister Peter Bethlenfalvy to reduce the deficit by cutting wages in the colleges and universities ministry and closing the loopholes that are facilitating these extravagant annual raises.

It’s simply unfair to keep asking students and taxpayers to pay higher costs to allow those who work for the government to avoid sharing in the burden of tackling the disaster that is Ontario’s finances.

For too long, Ontario governments have allowed the province’s deficit to get out of control by refusing to make tough decisions.

It’s time for Dunlop and the Ford government to act.