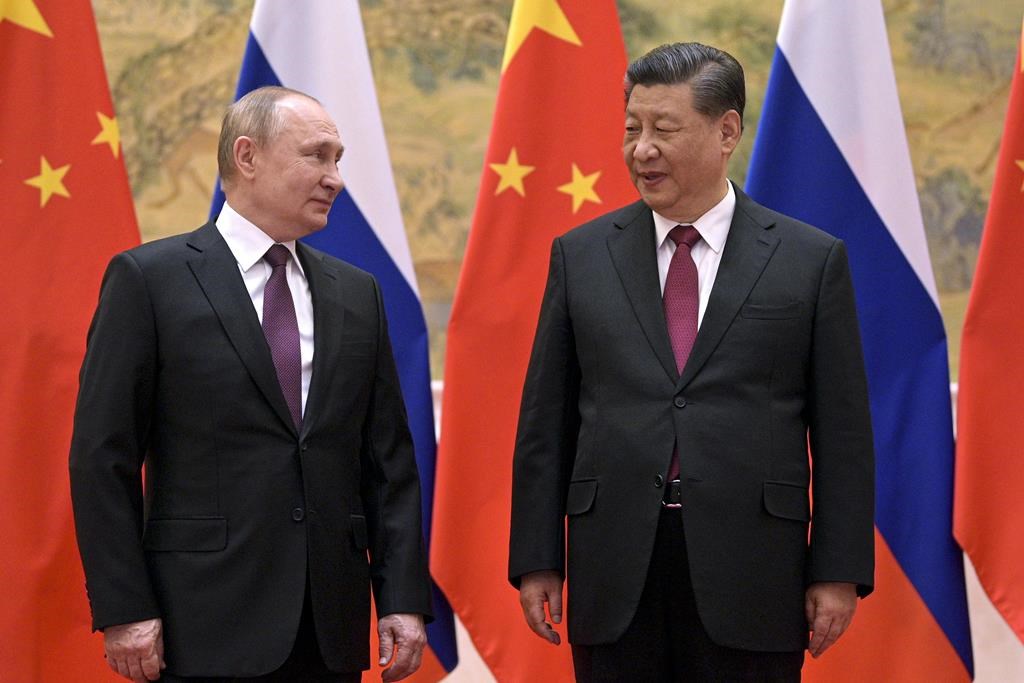 A long time ago, in an adolescence far, far away, someone I knew adopted the approach that their parents should not ask questions to which they did not wish to know the answer. Which is why I long resisted reading James Burnham’s “Suicide of the West” in case it told me we were not merely doomed, but doing it to ourselves.

I could no longer avoid the issue after reading Conrad Black’s pointed observation in the Feb. 26 National Post that “The great illustrative event this week was U.S. climate change czar John Kerry, one of the most unwaveringly fatuous of America’s many public officious fools, complained that the military subjugation of the autonomous nation of Ukraine was a distraction from the existential crisis of climate change. The existential crisis isn’t posed by the climate, but by people like him. If we are determined as a civilization to commit suicide, we should try for death with dignity, and John Kerry is the last person capable of providing that.”

It turn out Burnham’s book is mostly not available in stores, including online, which is revealing. However it also turns out to come free on Audible, which is surprising. So I plunged cheerlessly in, and was treated to something that gives academic prose a bad name, full of long lists of famous persons who are liberals, or were in 1964. I am not sure whether to be smug or dismayed that I actually recognized more than half of them. But I am a historian, and when it comes to the decline and fall of civilizations there’s some value in having an idea who Jacob Javits was, and Commodus.

Actually being a historian is incredibly useful in all kinds of areas. I don’t mean “a person with a PhD in history” which sometimes appears to me to be an impediment, though I have one. I mean a person who takes an interest in the past as the best, if often infuriatingly insufficient, guide to the future.

Frankly I don’t think most of the pseudointellectuals currently pontificating about Putin’s aims have the foggiest notion who the Slavophiles were, or the Narodniki, and I don’t think they ever heard of Aleksandr I’s “Holy Alliance”. In fact I doubt they ever heard of Aleksandr I. And any number of people mentioned this 5,000-word joint communique by Putin and Xi on Feb. 4 but how many of them linked to it or quoted a word of it?

One commentator I respect wrote recently of Ukraine “we won’t solve today’s problem by trying to make it fit into the framework of yesterday’s wars.” To which I respond “What else have you got?” And add that one thing you learn from studying yesterday’s wars is what people did about the fact that they were not entirely like their predecessors because history never repeats itself verbatim. BOOM.

Here’s another one. Based on the past record, if people say things you disagree with and do things you disagree with, they probably think things you disagree with. It’s amazing that half a century after head-slapping that we should have read Mein Kampf (which sits on my shelf near Stalin’s Foundations of Leninism), people were still saying oh oh don’t listen to Putin it’s disinformation. So in addition to facing up to Burnham, I also finally ordered a copy of the ghastly trilogy commonly called “Xi Jinping Thought”.

I had hesitated partly because I didn’t really want to give him my money. But since everything is already made in China, speaking of boycotts to consider once we get Russia out of SWIFT, it won’t make much difference. I also dreaded a soporific parade of the “four tests” and “four risks” and “Three Represents” and “one central task, two basic points” and “Four Cardinal Principles” and he disappointed me by not disappointing me. But just as people were going oh oh don’t listen to Putin he’s engaged in disinformation and I said no, he’s telling you what he thinks, something I also said of Brezhnev back when he was still an animated corpse, we need to try to gulp down some “Xi who must be obeyed” (a line not original with me but so brilliant I swiped it, though perhaps funnier if you’re also a person who believes in reading classic novels including ones that aren’t highbrow).

Because “Ideas have consequences”, to quote the title of a superb book by Richard Weaver that once you read the title the rest is intuitively obvious. But not always in a fun way.

Another commentator, in a mostly sensible look at the proverbial “wake-up call” of the Ukraine invasion also on Feb. 26, ended “Putin wouldn’t be taking this gamble if he didn’t think the West was too sickly to stop him. To say it’s a wake-up call doesn’t begin to get there. It’s a screaming siren warning us that our very values and the world we thought we had are in real danger.”

Which brings me back not just to Xi but to Burnham. Because what if it’s worse than he thinks? What if our values are what created the danger? What if Putin is right that we are decadent? He wouldn’t be the first to think so. Or the last. What if the wholesale embrace of relativism and hedonism really is a big mistake?

I know, I know. You don’t want to hear the answer. But sometimes you need to know what’s going on. And we are in one of those situations.