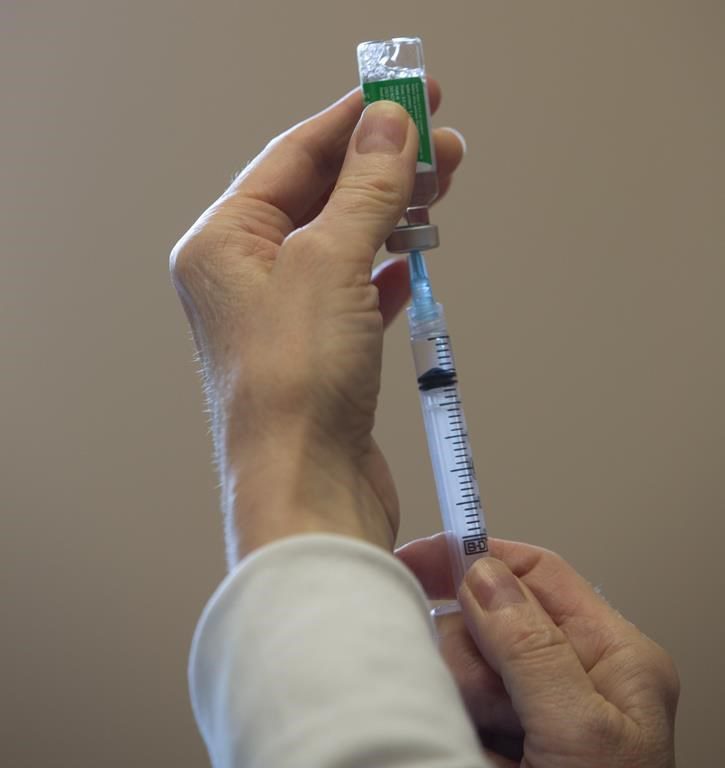 If you won’t get vaccinated to save your own life or your granny’s, or even for a chance to win $1 million or a vacation, is $100 gift card enough to get you to fulfill your civic duty?

For a more and more entrenched segment of Alberta’s populace the answer is probably not. Resisting immunization has become a misguided commitment to some libertarian ideal for a surprising number of people.

But Alberta Premier Jason Kenney is still willing to give a $100 incentive a try as Covid cases, hospitalizations and deaths mount in the province with the lowest vaccination rate in the country.

The unvaccinated can score the gift card for getting first or second shots. Close to 30 per cent of the population has yet to get both needles despite all the imprecations from politicians, doctors and public servants.

Kenney has been increasingly panicked in his pleas. On his return last week from an extended vacation, during which he probably wished the pandemic would just evaporate, he sincerely asked his fellow Albertans to “for the love of God” get the shot.

The $100 bribe has ticked off responsible adults who have had the jab and left even the most moderate Albertans wondering how the government has gone so far off the rails.

To be fair, the government hasn’t put all its eggs in the gift card basket. A province wide indoor mask mandate and curfew was announced at the same time as the incentive.

But even that wasn’t without controversy.

The political flack that rained down over the past year prompted the government to exempt churches and gyms from the indoor mask rules. And you can’t mess with rodeos in Alberta, so rodeos are exempted from a 10 p.m. liquor serving curfew.

The frenzied effort to pander to the right wing base must present quite a challenge to UCP policy writers and comms professionals.

The UCP’s ineffectual efforts have gone too far for some of its members. Peter Guthrie, the MLA for Airdrie Cochrane, tweeted out a letter expressing concern that the government’s tone during its recent press conference was too accusatory in discussing those who haven’t been vaccinated.

If the need to push up vaccination numbers is the key, why hasn’t Alberta created a vaccine passport and the support for commercial, entertainment and institutional venues to require it?

Kenney vowed to not impose a passport from the beginning. A passport won’t fly with the right wing of his party so it’s a no-go zone.

And so the carrot approach of gift cards and million dollar lotteries trumps the stick of requiring two jabs to participate in a normal life.

The government’s playbook for these “incentives” comes from the U.S. Certainly Alberta has often been described as the most American of provinces, so it’s no surprise that Kenney looks south of the border.

The million lottery for the vaccinated announced at the beginning of the summer came from Ohio.

First doses ticked up after the lottery announcement in Alberta but then plateaued.

“There really was not any kind of indication that the lottery made a huge difference,” Dr. Stephanie Smith, an infectious diseases specialist at the University of Alberta Hospital, told a CBC reporter.

The gift card idea came from Colorado, where a jab is worth a gift card to Walmart or Chipotle or a discount on entry to a state park.

So how is Colorado doing? On Sept. 8th the Denver Post reported Covid cases are at their highest level since mid January.

The UCP’s ineffective response to Covid, driven by its mania to appease the right wing, is allowing the NDP opposition to score points in the centre. A recent Leger poll shows more than 75 per cent of Albertans favour a vaccine passport system for venues like bars, restaurants, festivals and gyms.

The gift card bribe just angered the 70 per cent of the population who have heeded the call to get the shot.