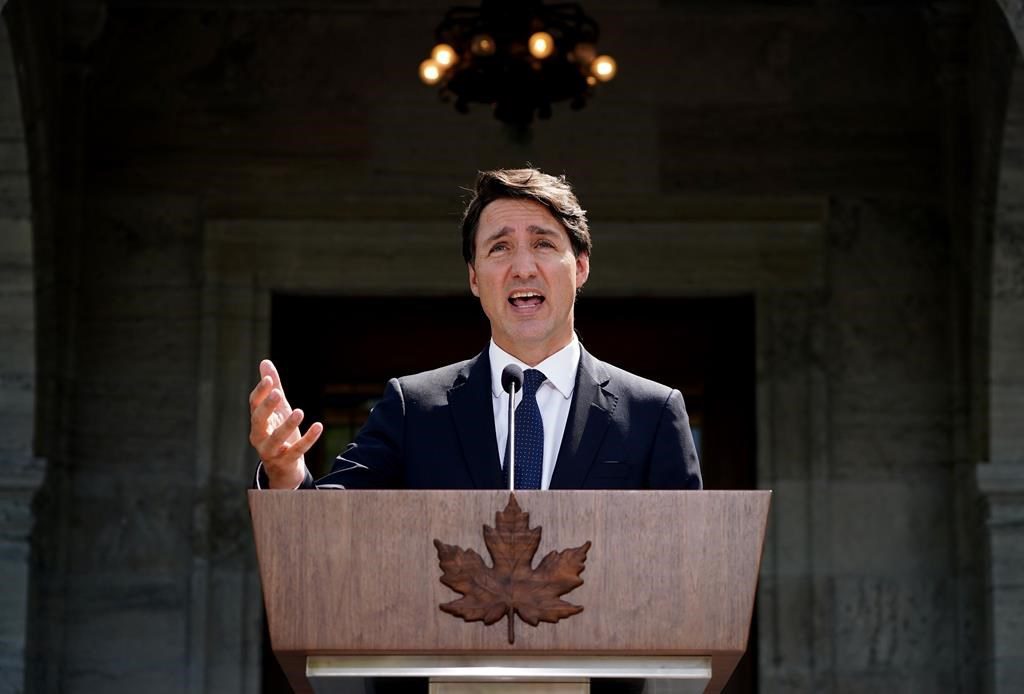 So I’m trying to read the tea leaves for the federal election including the Nova Scotia “conservatives” winning an upset victory by promising endless free money. Frankly it’s a risky business; mostly they just go T-E-A or say “Someone drank a hot beverage”. But it’s not risky compared to ordering something expensive when you have no cash.

As Adam Zivo warned, also in Thursday’s National Post, “Much of what the [federal] NDP promised would be popular with progressives, but money doesn’t fall from the sky.” Unfortunately it’s not just progressives. Far too many voters clearly think it does. Polls may indicate that we worry most about the cost of living, followed by the environment, runaway government spending and (in fourth with no medal) creating wealth. But just promise to achieving any of these goals by curtailing handouts, paying off debt and shrinking the swollen state and see how quickly you’re in hot water, flavoured or plain.

As my National Post colleague John Ivison noted, “When Trudeau was first elected, 29 million Canadians were governed by Liberal provincial governments. That number has shrunk to just over 500,000 in Newfoundland and Labrador and Yukon.” But while a haruspex is only as good as their last gut check, Canadians do tend to be vote splitters so this statistic doesn’t prove Trudeau is in trouble. Whereas the Nova Scotia result proves the rest of us are.

We’re just not serious about tough choices. Even Jagmeet Singh’s ranting about the “ultra-rich”, rhetorical inflation that reduces the value of the words so badly a wheelbarrow-full won’t buy you a teabag, is a big step up on Trudeau’s take on looming actual inflation due to handing out wheelbarrows full of money with no goods or services to back it up: “When I think about the biggest, most important economic policy this government, if re-elected, would move forward, you’ll forgive me if I don’t think about monetary policy. You’ll understand that I think about families.”

What a nice man. So caring. Though technically “families” is neither a subject area nor a method, let alone an economic policy. It’s not even an aspiration, just a feel-good word politicians use more and more as the actual family collapses. But if you’re wondering what Trudeau really thinks about the danger of inflation to “families”, singles or what-have-you, well, reread the above passage. It’s all he’s got. And while it is widely agreed that having self-satisfied idiots in power is bad, it is almost universally ignored that it’s worse when they represent their constituents faithfully.

Consider that Nova Scotia election again. As my National Post colleague Kelly McParland observed, almost as an aside in an analysis of the federal implications, which are unclear, “While [Liberal premier Iain] Rankin defended the cautious course his party had followed over eight years, [Conservative Tim] Houston picked up his party and moved it sharply to the left, promising wholesale changes to the province’s struggling healthcare system, with hundreds of millions of dollars in the first year alone to hire more family doctors, add more nursing home beds and shore up the mental health system. It was a risky move in a province that already labours under a crushing debt load and has been adding to it in billion-dollar chunks over recent years…”

Gosh. Ya think? But not if winning elections is all that matters. As McParland added, it “left the Liberals looking like the ones preaching restraint… and it resonated with voters who feel they’ve done plenty of restraining for now and are eager for something useful to come out of 16 months of lockdowns and curtailed lives.” Free beer tomorrow! And it worked.

A more rational response would have been that spending oodles more borrowed money on socialized medicine was already a stale idea when Paul Martin created his hugely expensive, no-restructuring-needed “fix for a generation” in 2004. That it was also promised in [insert election of your choice]. And that things never get better, on the waiting list side or the government balance sheet.

Of course, to return to our tea leaves given the long wait for abdominal surgery on auger’s chickens, Trudeau is hardly the guy preaching restraint. After his borrowing spree creating a trillion-dollar federal debt not even Jagmeet Singh manages to look irresponsible by comparison. And poor Erin O’Toole, with his one-month GST holiday, brought a picnic knife to a cannon fight. But he came, because his platform too is premised on money falling from the sky.

It doesn’t, any more than reliable prognostications emerge from the residue of a beverage or the inside of a fowl. But the promises will probably work again. Forcing someone to think about monetary policy, debt servicing and the boring mean stuff when the famished chickens come home to roost, and start eyeing our livers.