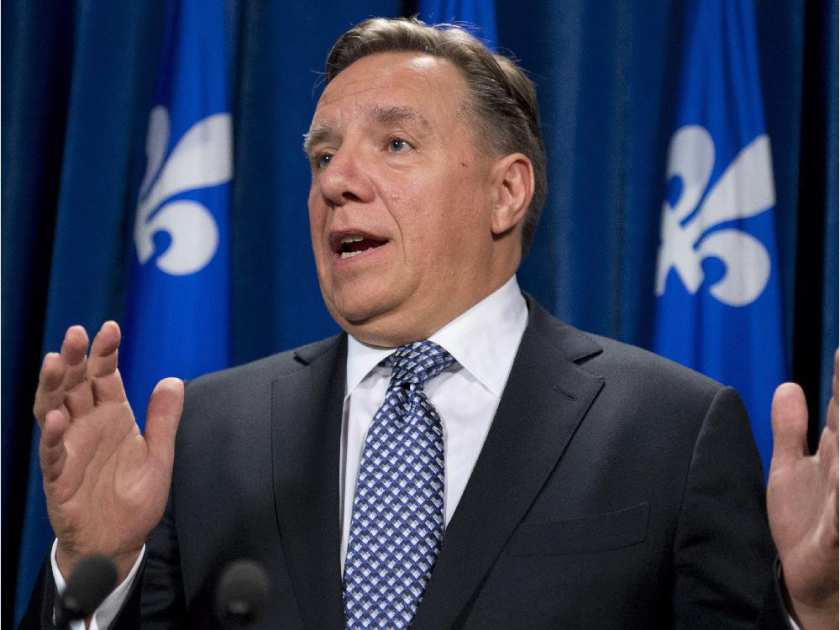 Who will speak for Canada?

That is a question you have probably heard before. Every few years, it gets asked in Canada.

It’s a fair question, to ask what sort of country we are. What kind of nation we aspire to be.

During a pandemic, as with everything else, it is difficult to get people to ponder the meaning of nationhood. With thousands dead, and many thousands more seriously ill, debates about constitutions – never popular at the best of times – are unwanted.

But you should be. Running some 100 pages, Bill 96 claims to be an effort to further protect the French language in Quebec. In reality, it is a bill that will reduce Québec’s English-speaking minority to the status of serfs.

And it will gut Canada‘s constitution, and the notion that no person – and no province – is more important then the rest.

That is why Bill 96 must be stopped. It will constitutionalize the notion that Quebec is better than the other provinces – and that anyone who lives there, and does not speak French, is a lesser being.

Government officials refusing to give services to those who do not speak French –  and tearing up contracts if the grammar or syntax is wrong.

Justin Trudeau is fine with all of that. Francoise Legault, formerly a proud separatist, wants all of that. Should we then shrug, and let that happen? Should we – as some have said to me – help Quebec pack?

The last time Quebec made a serious bid for independence, I was a chief of staff in the government of Prime Minister Jean Chretien. It was 1995. It looked like we could lose the referendum on making Quebec a separate country.

We asked one of our deputy ministers what that would mean. As he cried, he told us that the separatists planned to seize every federal building in Quebec, arguing that their tax dollars had paid for them. They were going to immediately establish armed border crossings into Quebec.

They were going to take control of the St. Lawrence seaway, upon which our country‘s economy depends. And they were going to seek a ruling from the Supreme Court of Canada that the country of Canada no longer existed. They were likely to win, in what would be the high court’s final decision. Chaos would ensue.

That is the Pandora’s box that Legault and Trudeau have now opened. Already, Alberta Premier Jason Kenney – formerly a federalist – is applauding Quebec’s move, and promising to emulate it.

As TS Eliot wrote, and as no less than Justin Trudeau‘s father agreed, sometimes things do not end with a bang. Sometimes, they end with a whimper.

We cannot, we must not, let Canada as we know it end with a whimper.

We live in difficult times, yes. We face many other challenges, yes. We don’t need this, yes.

But when your country is at risk, it is fair to ask:

Who will speak for it?