Politicians have made promises that will cost tens of billions of dollars during this election. But when it comes time to open their wallets to pay the tab, these party leaders are running to hide in the bathroom while taxpayers cover the bill.

Politicians and taxpayers both need to understand a simple truth: there is no free lunch. Someone always pays and that someone is the average working Canadian.

Canada needs to elect a government that will rein-in spending, balance the budget within a reasonable timeframe and reduce taxes.

But each of Canada’s three major parties have indicated that Canadians won’t get the responsible fiscal stewardship that the country desperately needs.

The incumbents are promising more of the same.

Prime Minister Justin Trudeau’s Liberals are seasoned experts when it comes promising the sun and the moon and claiming that they can do it all without mortgaging the future of our children.

They’ve introduced billions of dollars of new spending without a plan for how to pay for it, and they’re taking the exact same approach in this election.

Throw another half a billion dollars at the CBC? Yes, please.

Finance Minister Chrystia Freeland is already planning to run a deficit this year of $154 billion.

And as a cherry on top, much of this hypothetical new revenue is wishful thinking. Almost half of the new revenue the Trudeau Liberals have identified relies on the Canada Revenue Agency finding new revenue.

That’s about as likely as a fisherman catching a whale.

The Liberals are also planning to increase taxes on Canada’s largest banks and insurers, who will find creative ways to avoid sending more money to Ottawa or they’ll just stick their customers with higher fees.

How about the opposition?

Conservative leader Erin O’Toole has criticized Trudeau for his poor economic management, but O’Toole has a laundry list of unpaid promises of his own.

O’Toole has pledged to introduce $52.5 billion in new spending over the next five years. That’s new spending on top of Trudeau’s.

How does the Conservative leader plan to pay for it?

Freeland’s budget predicted a $154 billion deficit for 2021-22. O’Toole says he would increase that deficit by $14 billion.

O’Toole claims to be the adult in the room, but he won’t commit to balancing the budget for another decade and he would rely on rosy economic forecasts to get there.

Perhaps Jagmeet Singh deserves some credit for at least admitting that he plans to hike taxes to help pay for some of his promises. But the reality is that Singh’s new taxes won’t even come close to covering them.

That still leaves a $48 billion gap.

Singh’s new tax proposals would also weaken economic growth and are unlikely to generate nearly as much money as the NDP hopes. The Parliamentary Budget Officer has said as much.

Canadian taxpayers are presented with bad choices during this election as none of the major parties offers a plan to get back to sane spending and balanced budgets.

If a major party wants to truly fight for taxpayers, it needs to go back to the drawing board and present a realistic plan to get the nation’s finances in order.

So there you have it. Erin O’Toole just admitted that, if elected, he won’t cut spending at all, in any area. But it’s OK because budgets balance themselves. Is anyone surprised?

No. O’Toole ran for the Tory leadership as “true blue” but he’s been bright red ever since. Social conservatism got the heave-ho first, then free markets, then credible national security, and now the very last bastion of the win-at-all-costs pseudo-conservative, balanced budgets. As if the purpose of establishment conservative parties were to make sure if you get rid of the Liberals you keep their policies.

On Tuesday O’Toole said “Under Justin Trudeau, Canada’s economy is getting worse, not better.” But cornered on where he’d cut to balance the budget, he waved a vast wad of free money instead: “We will grow the economy so that we can get back to balance in a responsible and equitable way without cuts.”

So there isn’t one single spending program that is even too big, let alone undesirable in principle. And no independent value in balancing a budget, no gain from reducing borrowing or taxes. It’s just free money, falling from the sky right into your pocket thanks to Erin the Rainmaker. As Maclean’s email teaser on August 31 put it, “Erin O’Toole, socialist crusader”. You ain’t fooling.

The received wisdom seems to be that the Tories are capitalizing on what one commentator called “the growing frivolity of progressive politics” by emphasizing pragmatic socially conservative working-class values like abortion on demand and endless handouts. But while it is easy to focus on personalities or lack of same in politics, the problem is very widespread, including under Jason Kenney in Alberta. And here it was bound to happen for three reasons.

First, O’Toole is an unashamed political opportunist. And while you may say it’s important to the health of the body politic to evict Justin Trudeau for his many hypocrisies, O’Toole’s shameless pillorying of supposed Red Tory Peter Mackay only to turn far left was either deliberate deceit or so confused as to be mentally useless.

Second, the underlying premises of the fiscally conservative, socially liberal cliché that has dominated politics for 50 years or more are false. As Ted Byfield warned in B.C. Report back in 1993, “The ‘economic conservative’ demands that the cost of government be cut, the deficit reduced, and the debts paid. But he does not face the fact that it was the pursuit of social liberalism that caused the deficit, the debt and the growth of government to begin with. Welfare costs spiralled upward as the family fell apart… Education budgets soared as discipline and standards disintegrated in the schools. Law enforcement became onerous when parents could no longer control their children. There can be no economic conservatism until we find ways of re-establishing social conservatism.”

Thus the attempt to win from the modern, progressive, socialist right starts with ditching social conservatism. Then national security, not because you don’t care (O’Toole served in the military) but because you cannot find a dime for defence given what you’re already spending on “social programs” and what you must promise to add. Then balanced budgets for the same reason.

Think O’Toole has heard of de Jasay’s treadmill? Well, to steal from Leon Trotskii via the Goon Show, it’s heard of him. Likewise does he know the 2021 budget projects interest rising from $22 billion today to $39.3 billion in just four years? And what if rates rise as pedal-to-the-metal monetary policy triggers inflation? I’m not sure what O’Toole thinks of monetary policy if he even does. But I know what it thinks of him.

Of course his position is all about winning, not exactly admirable even in the short run. And what if he does?

He might, based on recent polls. He’d need an outright majority since none of the other socialist parties would prop up what they still hallucinate is a cross between Grover Cleveland and a burning cross. But if so, he’ll have to… govern. Which is about making choices. Often painful choices.

Will he really keep spending $450 billion a year while taking in, at best, $400 billion? Yes, since he doesn’t intend to cut or know how. But no, because in long run you cannot live beyond your means. So the spending promises will be broken. But not until his back is to the wall, as O’Toole just confirmed in jettisoning the last shred of conservatism in his campaign.

And we all saw it coming. 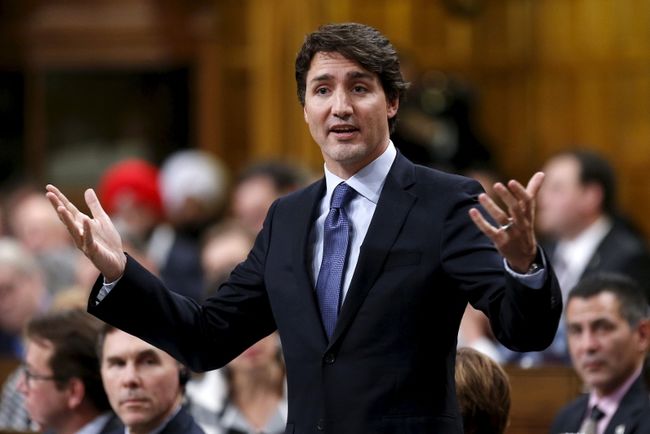