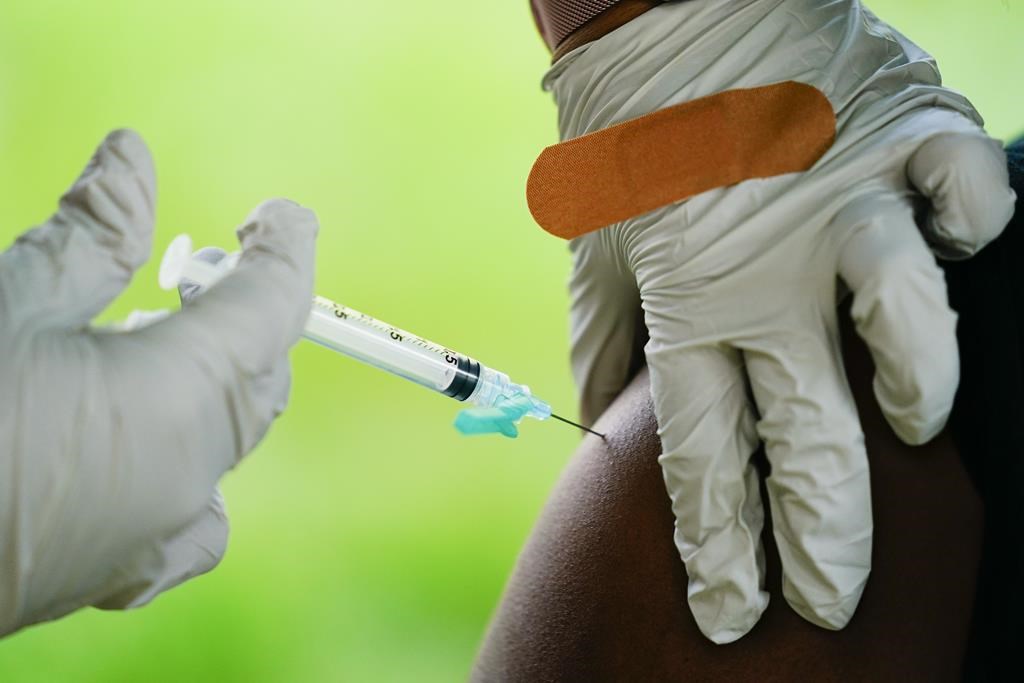 Nearly two years into the Covid-19 pandemic Canadians have notched advances in their understanding of the coronavirus, how to prevent it and how to treat it. But the nation has made little progress in overcoming opposition to Covid vaccines.

Health-care professionals injected the first vaccines in December 2020. Pharmacies across Canada began providing shots in March this year. By early October 2021 more than 70% of Canadian adults had been fully vaccinated with two doses. That left 3.9 million unvaccinated among the eligible, 12-and-older population.

All these efforts failed to reduce the stubbornly high share of the public that rejects the Covid vaccines. In surveys, from one in 10 to nearly one in five adults say they won’t get inoculated against a deadly virus that’s killed close to 5 million people across the globe.

Throughout the pandemic infectious disease specialists from hospitals and universities have used arcane words instead of simple, more inclusive language that might sway the vaccine-wary.

Listening to the health specialists on TV or YouTube is like attending a university lecture. Instead of the familiar term “forecasting,” the experts say “modeling.” They spoke about “flattening the curve,” “herd immunity” and “social distancing.” They warned that “asymptomatic” people could spread Covid. Everyone understands what a “group” is or what a committee does. But experts urged the public to form “pods,” “bubbles,” and “cohorts” to reduce the spread of the virus.

Rather than call Delta a new kind of Covid, experts called it a “variant” and a grim threat to the “immunocompromised.” The Ontario government recruited health experts for advice, and somebody named it “the science advisory table” (to average people, tables are furniture).

After the National Advisory Committee on Immunization announced in May that Pfizer-BioNTech and Moderna vaccines were “preferred,” an expert appearing frequently on TV news shows said NACI had failed to “contextualize” its advice. In another interview, he mused, “Comme ci comme ça.”

To deal with anti-vaxxers, “We have to educate people,” experts said, instead of saying “inform,” a less condescending approach. Vaccine refusers aren’t unschooled. Patronizing them reinforces their suspicions about elites, big government, and Big Pharma.

Talking about Covid in technical terms to a skeptical public is the equivalent of shouting “Rapid oxidation!” instead of “Fire!” Surveys the Vector™ Poll has conducted prove insider jargon goes over the public’s head.

For example, as the opposition parties hammered the Ontario government over “hallway medicine” in 2019, the Vector™ Poll found that 60% of voters didn’t know what the expression means. Vector™ polls have found eight in 10 Canadians don’t understand “proportional representation” or what’s meant by “a race to the bottom.” Six in 10 don’t fathom what a “gig worker” does.

In Ontario 87% of the public trust their family doctor with their family’s “general health and wellness,” according to a Maru Public Opinion survey in February 2021. Behind doctors on the most trusted list are pharmacists (57%) and nurses (52%).

In April, the Vector™ Poll surveyed vaccine resisters across the country. Only 43% said they trust their premiers for accurate information about Covid. Just 40% believe “government experts in public health.” But 70% trust nurses.

Public health officials should heed what every advertising copywriter knows. The ad industry legend David Ogilvy said, “If you’re trying to persuade people to do something, or buy something, it seems to me you should use their language.”

Marc Zwelling is the founder of the Vector™ Poll (www.vectorresearch.com). He wrote Public Opinion and Polling For Dummies, published by Wiley (2012), and Ideas and Innovation for Dummies (Wiley, 2021).