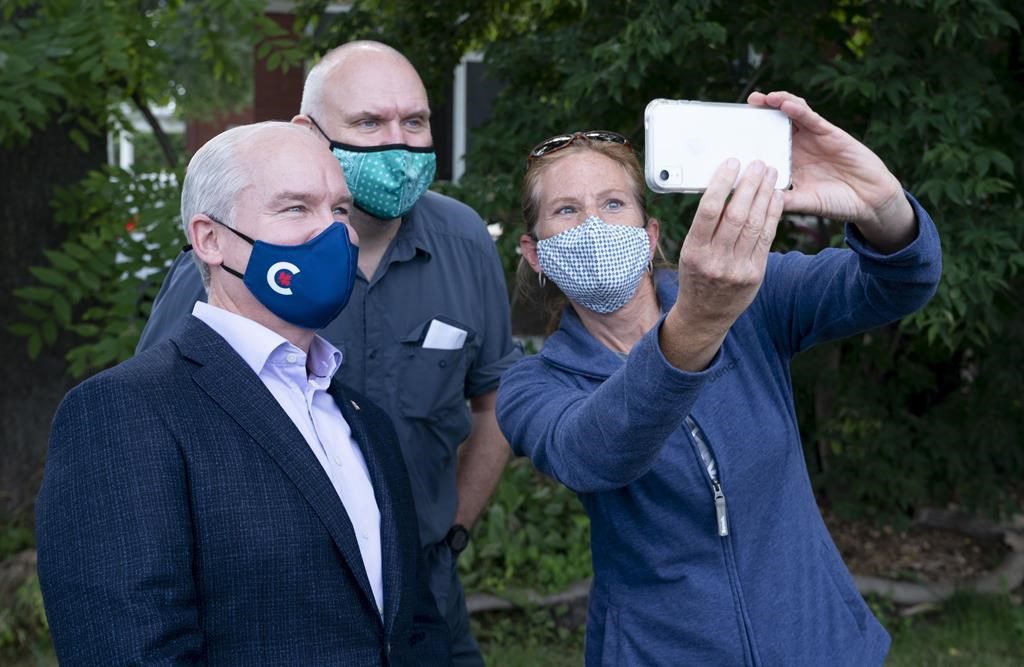 This week, we finally got the costing of the Conservative platform pledges, and it was little wonder that they released it a mere two hours before the second French-language debate, as things in it weren’t exactly as advertised. For example, the health spending they have been touting – particularly to premiers whose endorsements they are after – is back-loaded to what would need to be a third consecutive Conservative-led parliament, and their growth assumptions are far beyond what other credible economists are pointing to. We are running out of days until the country goes to vote, and neither the NDP nor the Greens have released their own cost projections.

Whether it’s with the main fiscal numbers, or their climate plans and the associated modelling for them, the Liberals have been clearly coming out ahead of the other parties. The Institute for Fiscal Studies and Democracy – a Canadian think-tank at the University of Ottawa, led by former Parliamentary Budget Officer Kevin Page – has taken a look at the costing of both the Liberal and NDP platforms, and the Liberals have come out clearly ahead. The Liberals scored 15.5/18 on the three metrics that the IFSD judged them on – each meriting a “good” grade, as compared to a much more concerning 11.5/18 for the Conservatives, where the IFSD judged their “Responsible Fiscal Management” metric to be a failure. For a party that likes to call itself the “party of the economy,” or to wrap itself in an undeserved mantle of being good fiscal managers, the Conservatives are not living up to their own hype.

And then there are the environmental platforms, which have been judged by several experts in the field, one of the most notable being Mark Jaccard of Simon Fraser University. In his evaluation and modelling of the four federal main parties’ climate plans, he found that the Liberals’ plans and the sincerity behind what is being proposed garnered an 8/10 score, whereas the Conservatives got a mere 5/10, and interestingly, the Greens only got a 4/10 and the NDP merited a 2/10. Why? Because the Liberals had a plausible pathway in their platform that could reasonably achieve their GHG reduction targets with an estimated 2.5% loss of GDP. The Conservatives’ convoluted plan, with their carbon “savings accounts” (that will be an administrative nightmare and virtually unworkable) will achieve fewer reductions with a 2 percent loss of GDP, but that smaller target will also take Canada out of the Paris Accords.

As for the NDP and Greens, while they promise bigger reductions, neither has a credible pathway to achieving those reductions – certainly not a pathway that would be constitutional, and the GDP loss would be a lot bigger – 7.5% for the Greens, and 6.5% for the NDP, in part because they are promising things that will crater the economy for relatively little gain in the way of reductions. That both claim a dramatic economic transformation without job losses or economic pain, and all in the space of nine years, is neither feasible, nor is it credible. It’s not a stretch to extrapolate that their fiscal costing projections will likely also be similarly unrealistic, especially if the Greens are promising Basic Income and the NDP pledging to pay for a huge expansion in social programs that in no way could be financed by a wealth tax – certainly not for the first few years in any case.

Part of the reason why the Liberals have been able to achieve greater credibility on both the fiscal and environmental fronts are because they listen to expert advice – most of the time. The so-called “Economist Party” has had a huge influence on their platform and budgets, and that’s why we’re seeing a focus on things like inclusive growth, and why they have built an effective carbon pricing structure that will be far more likely to achieve results (particularly if provinces can effectively recycle the revenues from those pricing mechanisms). But the Liberals also have a recognized problem of over-promising, and being overly ambitious in terms of their timelines, which opens them up to attacks and opponents who are trying to foster disillusionment if things have not gone as fast as they would like, usually for good reason.

This is why we’re getting the canard of “you had six years” being thrown around for virtually any policy under the sun – it’s an attempt to skewer the Liberals for that sense of ambition and not crossing finish lines when they were hoping to (no matter how much of the journey they completed when time expired). It’s also horribly misleading, and assumes both infinite capacity within government to achieve results, and infinite parliamentary time to legislate – something that is harder to treat credibly given the toxic session we just completed, where almost no bills were passed thanks to the procedural warfare that the opposition engaged in for the first five months of the year, and displays of partisan dickishness in committees.

With this in mind, one has to wonder if the ballot question starts coming down to the credibility of what is on offer. The Liberals have done their homework, the math adds up, and their roadmaps show credibility – the other parties can’t say the same. The Conservatives most especially can’t claim much in the way of credibility given that Erin O’Toole has spent his entire time as leader both lying to Canadians about virtually everything under the sun, while also contorting his personal positions to fit whoever is in the room and to whatever the thinks he can get away with – on top of the fact that his fiscal plan is unsustainable, and his climate plan is both unworkable and won’t achieve needed reductions. The NDP and Greens had the advantage – if you can call it that – of never really being considered credible in the first place, and the analysis we’ve seen to date backs that up, but the Conservatives are supposed to be the credible alternative to the Liberals. The fact that they have not proven to be can’t be helping their chances the closer we get to election day.