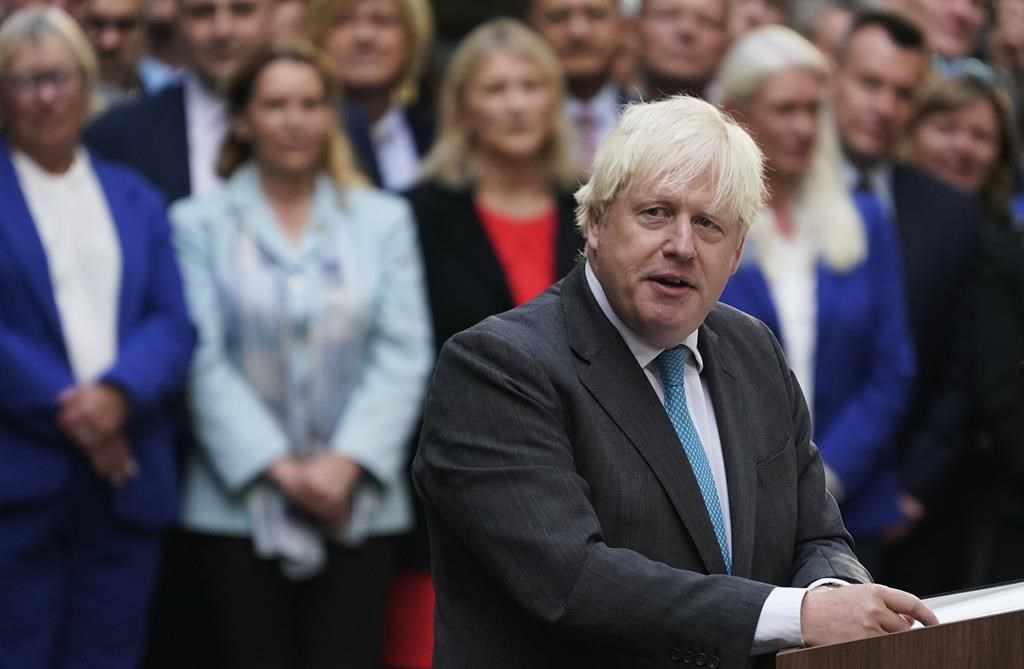 Ladies and gentlemen, BoJo has left the building.

Boris Johnson stepped down as Prime Minister of the United Kingdom on Tuesday. Three years in charge of the nation had come to an abrupt conclusion. His presence on the domestic and international stage was all but forgotten. His political successes had started to fade into thin air.

It was a stunning reversal of fortune, and he had no-one to blame but himself.

Johnson earned a degree in Literae humaniores (classical studies) at the University of Oxford specializing in ancient literature and classical philosophy. He’s authored several books, written for The Times and Daily Telegraph, and is a former editor of The Spectator. He became a Tory MP for Henley (2001-2008), served two terms as Mayor of London (2008-2016), and returned to Parliament as an MP for Uxbridge and South Ruislip in 2015.

He earned 66.4 percent of Tory caucus votes to defeat former Foreign Secretary Jeremy Hunt on July 23, 2019, and officially became Prime Minister the following day. Johnson has described himself as a one-nation conservative, or a paternalistic model of British conservatism that supports a democratic society’s established institutions and traditional principles. He’s also been a high-profile Eurosceptic and staunch supporter of Brexit, and a powerful advocate for economic conservatism and the free market economy. He’s also taken a decidedly libertarian streak on social issues like gay marriage – and felt the U.S. Supreme Court took a “backward step” in bringing down Roe v. Wade.

Johnson’s first term had its challenges. Public sector spending on police services and hospitals and increasing access to broadband had its supporters and detractors. Brexit was achieved, but issues with the formal departure from the European Union and the backstop controversy with Ireland and North Ireland gave him fits. He lost his working majority due to Brexit, and the support of his brother Jo Johnson, a Tory minister.

While Labour and the Liberal Democrats licked their chops in anticipation of defeating Johnson and the Tories, they were far too confident. The former was led by Jeremy Corbyn, an enormous lightning rod for controversy, and the latter was viewed as an also-ran from the very start. The PM ran a superb campaign, and found ways to connect with large and small business owners, middle class families, single mothers and union members. He won the Dec. 12, 2019 general election with a majority of 80 seats and 43.6 percent of the popular vote. It was the largest margin of victory for the Tories since Margaret Thatcher in 1987. Johnson won seats in constituencies that hadn’t voted for his party in years, decades – or, in some cases, ever.

The biggest body blow was “Partygate.” This referred to a birthday party held for Johnson during the first COVID-19 lockdown in spite of rules forbidding indoor social gatherings. It caused a mass eruption, a Metropolitan Police investigation, the resignation of several political staffers, and loads of fines. Johnson received a fixed penalty of £50 for breaching COVID-19 regulations his own government had set in place, becoming the first PM in British history with this dubious honour.

Johnson faced a vote of no-confidence in early June over “Partygate.” He exceeded the threshold with 59 percent support (or 211 MPs), which was enough to carry on and potentially rebuild his lost support.

Until the Chris Pincher controversy arrived on the scene, that is.

The then-Deputy Chief Whip was accused of sexual misconduct after allegations he had groped two men at London’s Carlton Club. He resigned on June 30, and an additional six allegations of sexual misconduct over a course of a decade were revealed three days later. Although Tory ministers initially claimed Johnson didn’t know anything about Pincher’s conduct, a BBC report proved otherwise. The PM’s carelessness and arrogance had created yet another embarrassing situation.

Johnson lost the confidence of 63 of 179 ministers, parliamentary private secretaries and trade envoys between July 5-7. He announced his resignation as party leader, and remained as a caretaker PM until his successor was chosen. Liz Truss, former Foreign Affairs Secretary and Minister for Women and Equalities in his government, has now assumed this role. She’s an intelligent, competent politician who will work hard to become a successful PM.

Yet, an intriguing political drama is happening simultaneously: Johnson will continue to sit as a backbencher.

While Johnson will obviously be a loyal supporter of Truss’s government, he also knows his successor’s inexperience could work heavily against her. She’s been thrust into a difficult role where she has to deal with major issues like COVID-19, Brexit, the Russia-Ukraine conflict and the impending energy crisis this winter. It remains to be seen how Truss will do, and whether she’ll be able to successfully lead the UK for the foreseeable future.

If things go awry, Johnson will still be around to help pick up the pieces – and maybe, just maybe, return to power once more. Stranger things have happened in politics, after all.

Hmm. Maybe my opening line needs to be crafted a bit differently. Let’s try this on for size: Ladies and gentlemen, BoJo has left the building…for now.