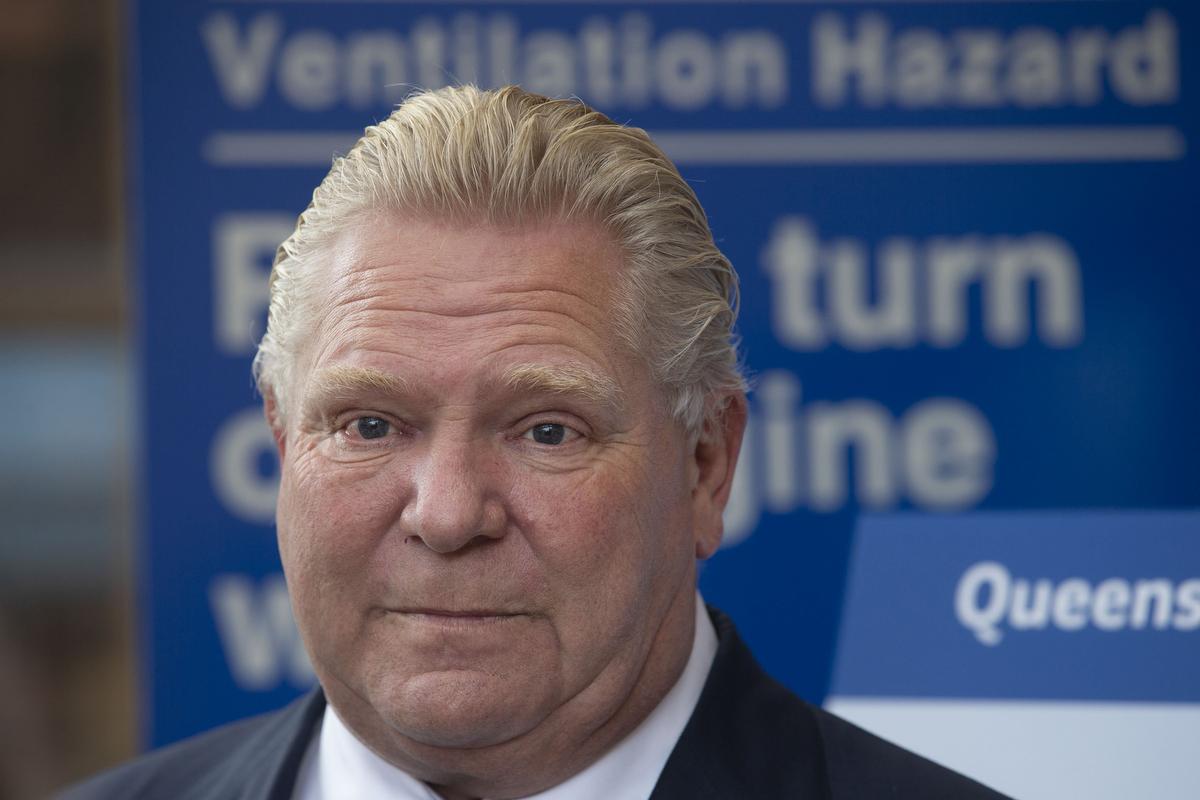 The countdown is on to get a gas tax cut in the province of Ontario.

Late last year, Ontario Premier Doug Ford said he would keep his promise to cut the provincial gas excise tax by 5.7 cents per litre, nearly four years after he first made the commitment to Ontario voters.

After years of stalling, the Ford government says Ontarians will finally get relief at the pumps by the end of March.

During the 2018 provincial election campaign, Ford ran as a candidate who would stand up for taxpayers.

Ford told Ontario voters in 2018 that gas prices were too high, and that the government needed to do something about it.

“Every day, I hear from people who are fed up,” said Ford. “Fed up with being gouged at the pump.”

Ford said he recognized that high gas prices meant millions of Ontarians were having a difficult time with “no end or relief in sight.”

Ford promised to reduce gas prices by 10 cents per litre in his party’s election platform.

To achieve that goal, Ford pledged to scrap former premier Kathleen Wynne’s cap-and-trade carbon tax, which would take 4.3 cents per litre off the price of gasoline, along with a 5.7 cent per litre cut in provincial gas excise taxes, for a total tax cut of 10 cents per litre.

Unfortunately, Prime Minister Justin Trudeau and the federal Liberal government imposed the carbon tax backstop on Ontario and robbed Ontarians of 4.3 cents per litre of relief at the pumps.

But by cutting the gas excise tax, Ford has a real chance of delivering meaningful savings to everyday Ontario families without interference from Ottawa.

Over time, saving 5.7 cents a litre will mean significant savings.

A family filling up a minivan and a sedan once a week stands to save over $390 a year through the premier’s government’s proposed tax cut.

At a time when millions of Ontarians are having a tough time just getting by, nearly $400 of savings could cover a couple of weeks of groceries for a family of four.

Cutting gas taxes is a good idea when one looks a breakdown of gas prices. Last month, drivers paid an average of 52.5 cents per litre in taxes when filling up their gas tanks, according to the government of Ontario’s own data.

That translates into $39.90 in taxes when a single mom fills up her minivan to drive her kids to school, buy groceries, and get herself to work.

That’s far too much of her hard-earned money going into government coffers.

What’s more, tax rates on gasoline will go even higher this April with the federal government’s planned carbon tax hike.

As Ontarians face soaring costs of living and higher prices on everything from food to gas to clothing, taxpayers need relief now more than ever before.

Ford can be the man who delivers if he keeps his promise.

It’s time for the premier to finally become the taxpayer champion that he once claimed to be.

After nearly four years of stalling, Ford needs to deliver on this election commitment.

He should do so immediately.

The clock is ticking. 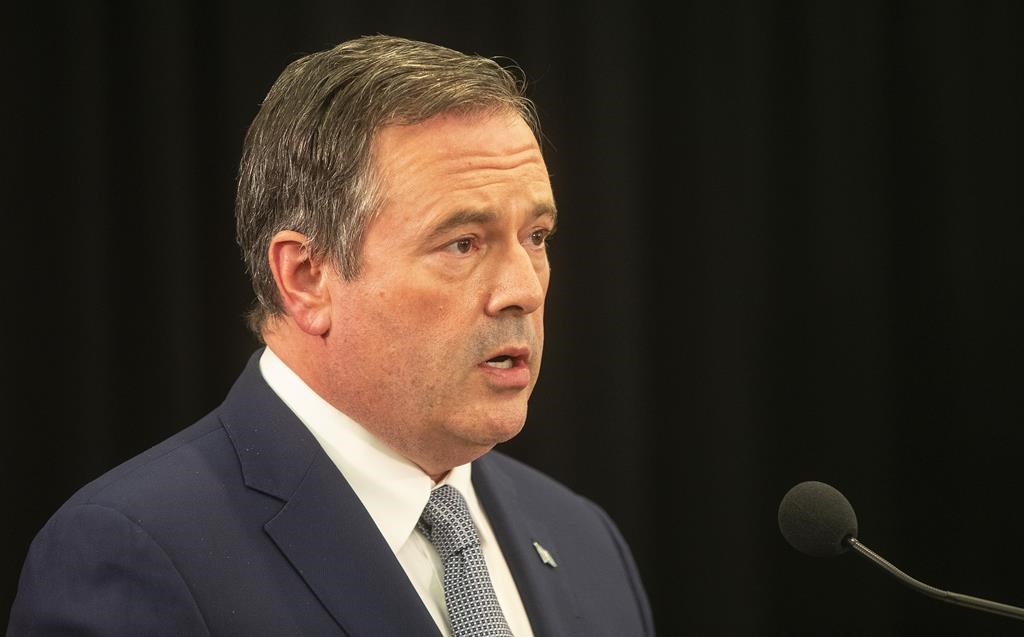 The clear majority of Albertans want the principle of equalization removed from the constitution.

Well, maybe not a clear majority. Slightly under 62 per cent of the around 38 per cent of eligible Albertans who voted in the recent municipal election voted that equalization should be dumped.

And Premier Jason Kenney suggests the referendum wasn’t really about killing the principle of  equalization. For one thing, no single province can amend the constitution so the vote was a moot point.

Kenney says the referendum was really a lever to start negotiations with Ottawa about a “fair deal” for Alberta. It was about the big picture of how Alberta has been hard done by because the province’s oil and gas economic engine is being hampered by Ottawa’s plans to reduce Canada’s carbon emissions.

The referendum question didn’t really get into all that subtext. It just said: “Should Section 36(2) of the Constitution Act, 1982 – Parliament and the government of Canada’s commitment to the principle of making equalization payments – be removed from the Constitution?”

The premier suggests the majority referendum vote forces Ottawa to come to the table and discuss a much broader set of issues. He plans to rail against tanker bans and the long defunct Northern Gateway Pipeline and the inability of Ottawa to bring Joe Biden to his knees over Keystone XL.

He may toss in a few other nagging irritants between the two levels of government while he’s at it. The federal child care program isn’t finding favour with the UCP for instance.

Kenney spent more time during his remarks on the referendum on stymied pipelines and federal environmental legislation than the principle of equalization. It’s pretty tough to argue that Canadians living in have-not provinces don’t deserve the same services of those in wealthy provinces.

It is possible to quibble about the formula used to work out equalization transfers as being unfair to Alberta. But Kenney was a minister in the Conservative government that instituted the current equalization formula, so that’s a no-go zone.

No matter how few Albertans may have voted in the referendum or how confused the intent of the entire exercise may have been, Kenney at last has a win in a year of many painful losses. Fresh negative polls hint that his tenure as premier is hanging by a thread. His own party is anxious to test the waters at a leadership review in the spring.

While Covid numbers have finally begun to decline, the abysmal overall case count, hospitalization and death toll in Alberta are a grim legacy for the UCP regime.

Canada’s decades old commitment to equalization is in no danger from Alberta’s flurry at the ballot box. For any change, Kenney would need seven provinces on side. Only Saskatchewan is likely to rally to Alberta’s side on this one.

It’s also unlikely that the federal Liberals are going to walk back their environmental priorities and carbon-cutting policies to unfetter Alberta’s fossil fuel industry.

But for a brief time, the referendum win allows Kenney to change the channel and get back to his comfort zone. Railing at Ottawa is a time-tested strategy to buoy the fortunes of Alberta politicians.

When dealing with Ottawa, Kenney will use the vote to sum up Alberta’s current political sentiment as “we’re mad as hell and we’re not going to take it anymore.”

And for domestic consumption, the premier can site the referendum as proving he can still deliver the vote.

But more Albertans actually cast a ballot in provincial elections. And choosing a provincial government is more clear cut than messing with the Canadian Constitution. 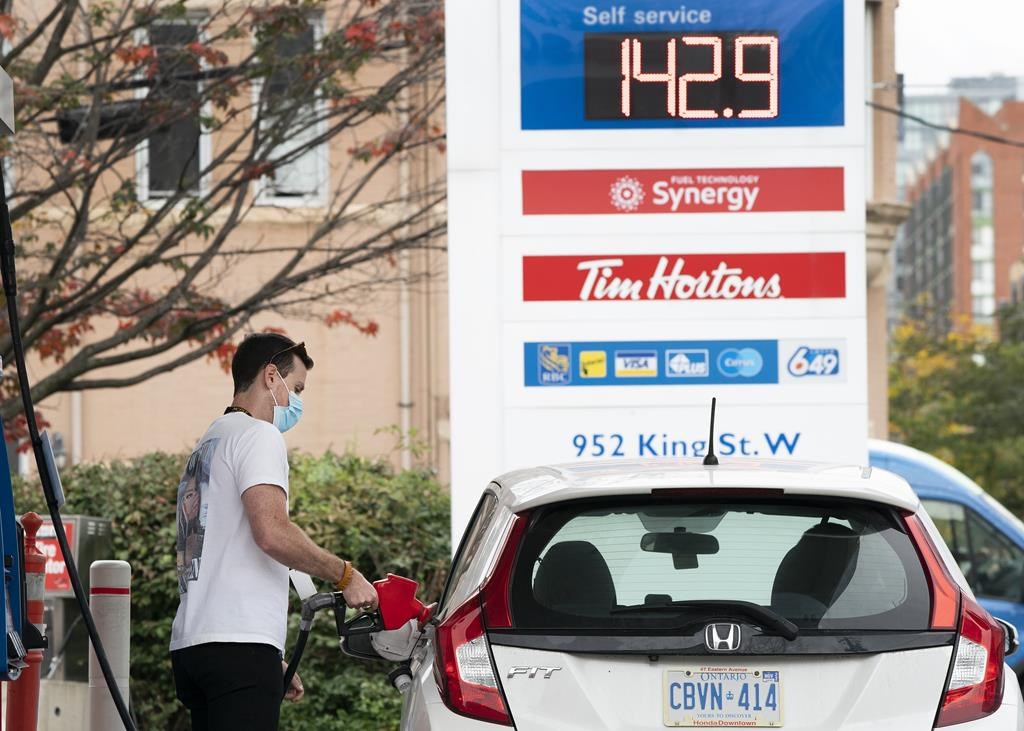 Promises don’t pay the bills, but at least Premier Doug Ford is reaffirming is commitment to make life a little more affordable.

Last week, when he was pressed by the media asking if he planned to keep his 2018 election promise to lower the provincial gas tax by 5.7 cents a litre, Ford indicated he planned to do exactly that.

“I will commit to the promises,” said Ford. “Promises made, promises kept.”

While it’s encouraging that Ford has committed to lowering provincial gas taxes before next June’s provincial election, politicians are notoriously forgetful about their promises.

It’s up to taxpayers to hold Ford to his word and to fight for lower fuel taxes.

While a 5.7 cent per litre gas tax cut may not sound like a big deal for well-heeled drivers filling up a Benz, it will mean real savings for everyday Ontario families.

A family filling-up their minivan once a week will save over $200 a year with this single gas tax cut. That buys a decent haul of groceries for a family of four. And, with millions of Ontario families just $200 away from not being able to pay their bills every month, the impact of that kept promise will be felt in a real way.

But at his press conference, Ford went an important step further. He challenged Prime Minister Justin Trudeau to lower federal gasoline taxes and insisted Ontario would match any federal cuts.

He also called on Trudeau to scrap the federal carbon tax, which is driving up prices exponentially.

While Ford’s efforts to reduce prices at the pumps are welcome in Ontario, it is the soaring Trudeau carbon tax that will be the key culprit causing gas prices to skyrocket even more.

Ford’s gas tax cut would be wiped out by Trudeau’s planned carbon tax hikes between now and 2024.

These high fuel taxes also make diesel cost more, driving up the price of trucking nearly everything we eat and use in Canada.

Millions of Ontario families need a car to drive to work, take their kids to school and shop for groceries. For them, driving is a necessity, not a luxury. And most families don’t have thousands of dollars sitting around to run out and buy an electric car.

The stark reality is carbon taxes haven’t been proven to reduce emissions.

B.C. drivers pay the highest gas prices in North America. B.C. was also the first province to adopt a carbon tax. But the province’s emissions are going up, not down.

According to federal government data, emissions in British Columbia have gone up 11 per cent over the past four years.

Politicians at every level have recognized that Canadians are facing an affordability crisis. With inflation ticking upwards and gas prices soaring, Canadians are feeling the squeeze. Our politicians should be trying to help taxpayers get by, not stand in their way.

Ontarians welcome Ford’s recommitment to his pledge to reduce gas taxes and now we want to see it happen. In the meantime, Ontarians also need to turn our attention to Ottawa and tell the Trudeau government that taxpayers cannot afford almost $2 per litre gasoline.