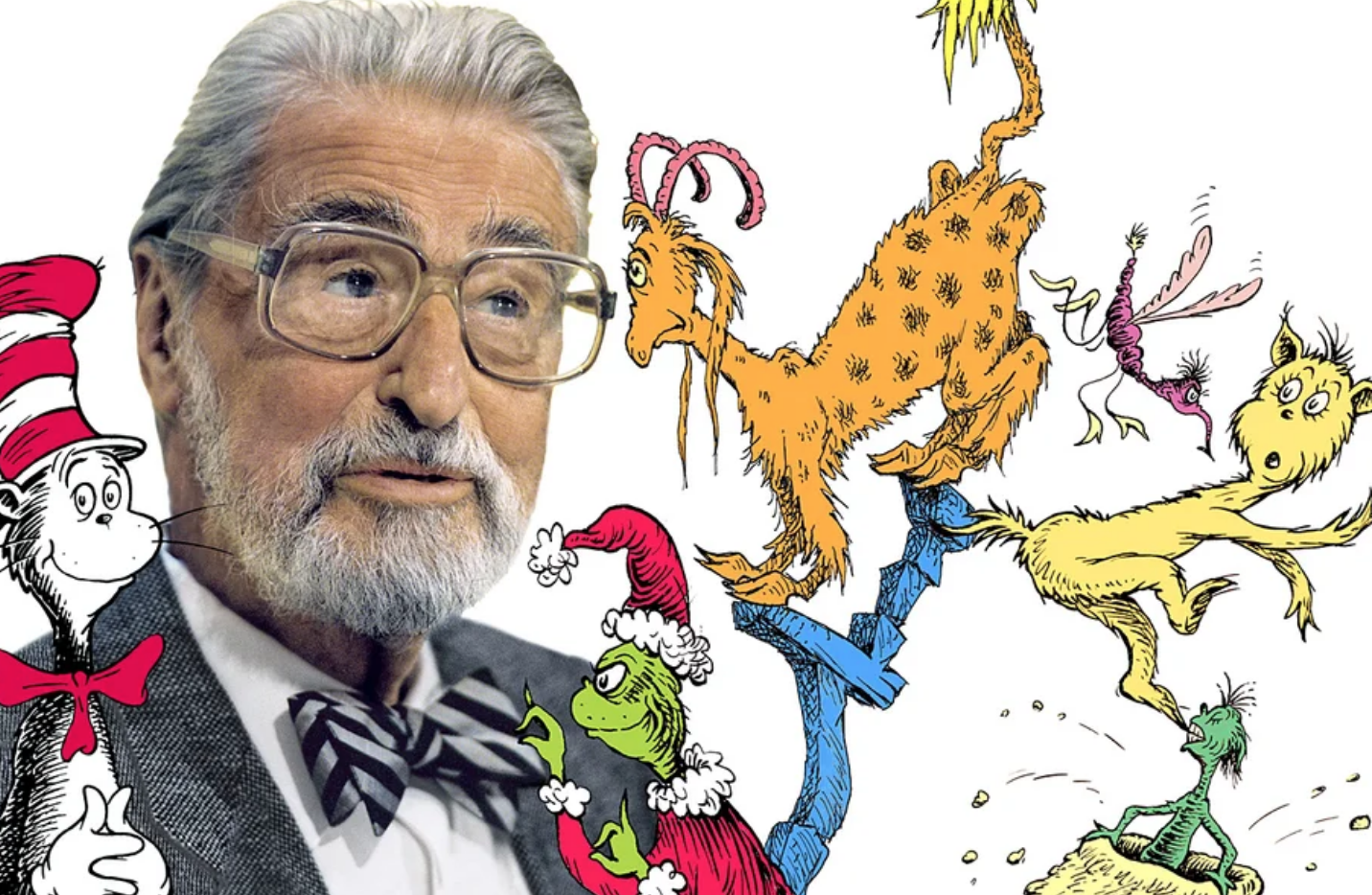 The UC San Diego Foundation recently announced the home of the late children’s author Theodor “Dr. Seuss” Geisel and his wife, Audrey, will be put up for sale.

Someone will be able to purchase “the sun-kissed home on Mount Soledad where [he] gazed at the Pacific and composed most of his beloved series of Dr. Seuss children’s books,” as Gary Robbins and Diane Bell of the San Diego Union-Tribune wrote on June 25. The university received the 5,000 square-foot property from the Geisel Trust in 2019, and the net proceeds will establish an endowment, the Geisel Fund.

If the university has the right to sell the house, so be it. Depending on residential and zoning laws, maybe it will be purchased by someone who builds a museum or gallery dedicated to Geisel’s legacy.

Were this to happen, it would be nice if the previous matter of cancelling Dr. Seuss was put to rest.

Last March, Dr. Seuss Enterprises announced that six Dr. Seuss books would no longer be published: And to Think That I Saw It on Mulberry Street, If I Ran the Zoo, McElligot’s Pool, On Beyond Zebra!, Scrambled Eggs Super!, and The Cat’s Quizzer. The organization, in conjunction with a “panel of experts, including educators,” initiated a review of the late author’s catalog. These volumes were found to “portray people in ways that are hurtful and wrong,” as noted in a Mar. 2, 2021 statement, and “ceasing sales of these books is only part of our commitment and our broader plan to ensure Dr. Seuss Enterprises’s catalog represents and supports all communities and families.”

Cancel culture had come for Dr. Seuss, and achieved a partial victory.

Philip Nel, author of Was the Cat in the Hat Black?: The Hidden Racism of Children’s Literature, and the Need for Diverse Books, looked at the Seussian controversy with a distinctly progressive lens.

“Dr. Seuss does both racist and anti-racist work, often at the same period in his career,” the Kansas State University professor wrote in the Washington Post on May 16, 2021. “The 1940s cartoons are both racist against the Japanese and support civil rights for African Americans; the 1950s children’s books include the racist caricature of ‘If I Ran the Zoo,’ but also the anti-discrimination messages of ‘Horton Hears a Who!’ and the first version of ‘The Sneetches.’ Dr. Seuss is recycling racist caricature at the same time he’s striving to oppose racist ways of thinking.”

Nel mentioned this fact “confuses people who think you’re either on Team Racism or you’re on Team Anti-Racism.” In his view, “racism is not an either/or. It’s a both/and. Starting in childhood, we absorb racist images and ideas without our knowledge and without our consent. Dr. Seuss was not aware of how thoroughly his imagination was steeped in a white-supremacist culture.”

Geisel was a product of his time on race, religion and society, but the classification of white supremacism seems pretty far-fetched.

Charles Cohen’s The Seuss, The Whole Seuss, and Nothing But the Seuss (2004) points to Geisel’s work for the Jack-O-Lantern, a college humour magazine that Geisel contributed and edited at Dartmouth College. He “poked fun” at Jews and blacks in some cartoons. One caption entitled “Nice Cohen” had a newly engaged couple “with the prominent proboscises that would be understood to identify them as Jewish.” A second caption portrayed two black boxers, “Highball Thompson” and “Kid Sambo,” in which the former defeated the latter “by a shade.”

Three of the banned stories are contained in the collection Your Favorite Seuss.

And to Think That I Saw It on Mulberry Street (1937) has a drawing of an Asian male carrying eating utensils depicted as “A Chinese man who eats with sticks” as well as a “Rajah, with rubies” riding an elephant. McElligot’s Pool (1947), a Caldecott Honor Book, referred to “Some Eskimo Fish From beyond Hudson Bay,” with an Eskimo outside an igloo. If I Ran the Zoo (1950), another Caldecott Honor Book,  includes Asian-like “helpers who all wear their eyes at a slant,” unnamed black tribesmen from “the African island of Yerka” and a Middle Eastern “chieftain” riding a Mulligatawny “From the blistering sands of the Desert of Zind.”

The three stories not contained in this collection are built in a similar fashion. If you weren’t bothered by the ones I described, you likely won’t find the others to be harmful.

Dr. Seuss Enterprises shouldn’t have given in to the woke mob and cancelled some of Dr. Seuss’s finest children’s books. You can still purchase them, but the market price has skyrocketed and availability remains scarce. Many children will likely never read these wonderful stories with their parents, and never discuss why these images were acceptable then but not now.

“You’ll miss the best things if you keep your eyes shut,” Geisel wrote in the appropriately titled I Can Read With My Eyes Shut! (1978). If we let cancel culture win, our children’s eyes will be shut to Dr. Seuss, along with their minds and capacity to learn, think and reason for themselves.