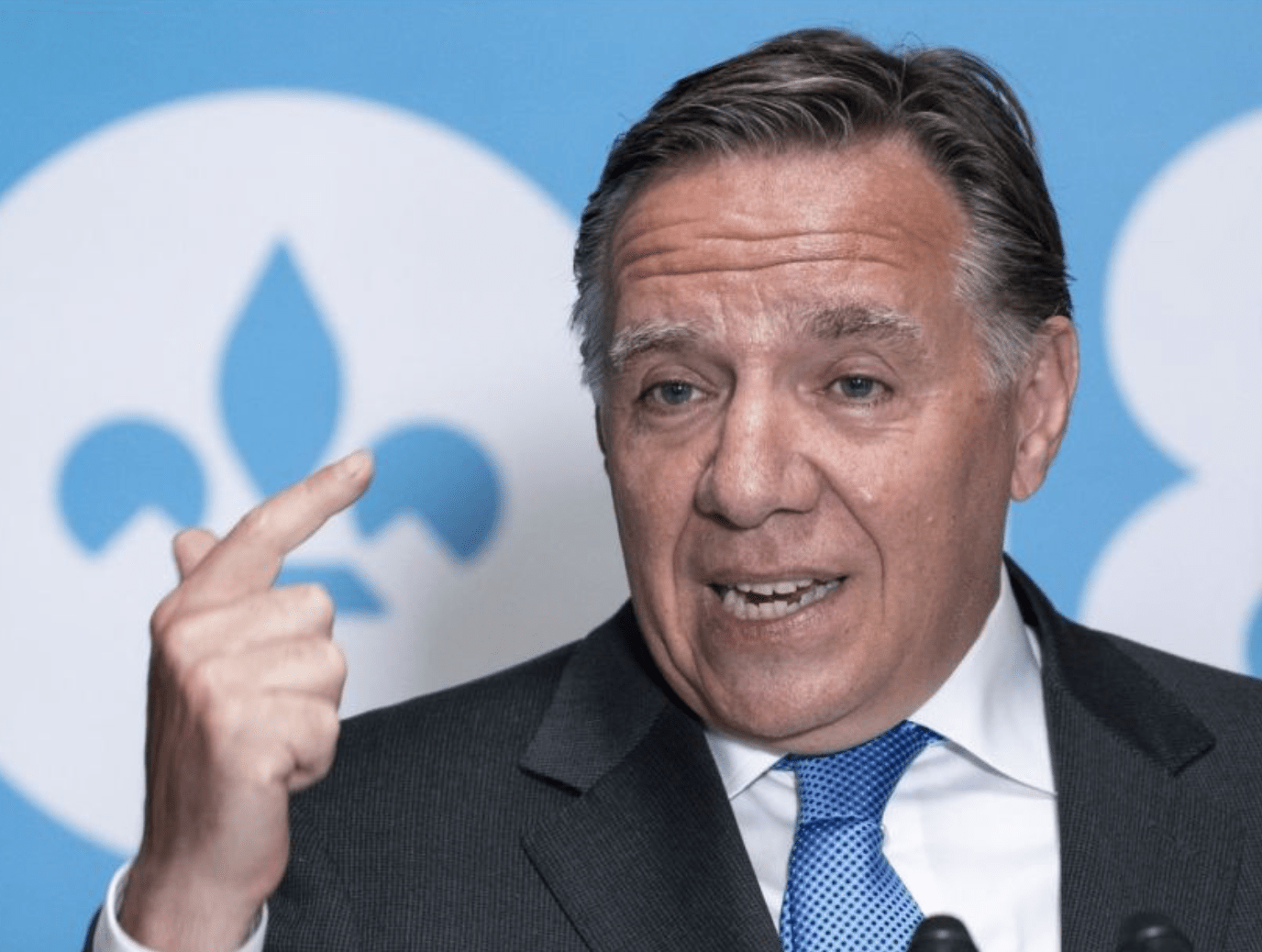 Quebec premier François Legault’s government is proposing a unilateral amendment to the Constitution Act, 1867 to entrench the idea that “Quebeckers form a nation,” and that the official language of the province – and of the Quebec nation – is French. There is a lot of debate on whether the provincial legislature can in fact do so under the rules of our constitutional amending formulas – including apparent agreement from Department of Justice lawyers in spite of clear evidence to the contrary when it comes to changes to a province’s official languages – but I find myself a bit more interested in the “nation” part of the proposal, for a couple of different reasons.

One of those is that this is seems to be a culmination of the whole wrenching process of trying to enshrine Quebec as a “distinct society” as part of the Constitutional wrangling of the Meech Lake and Charlottetown Accords, which helped give rise to the Reform Party in the early 1990s. The fact that the current federal government seems to be shrugging this off seems to be curious given the history in this country, especially given the constitutional wrangling of the 1980s. (There is a whole added dimension about Justin Trudeau and his father’s battles against this particular notion, but this is not the column to delve into that).

Others will point to the motion that Stephen Harper moved in the House of Commons in 2006, which moved that the House recognize that “The Québécois form a nation within a united Canada,” hoping to both try and one-up the Bloc Québécois and divide the Liberals, which was largely uncontentious in the broader scheme (though his intergovernmental affairs minister, Michael Chong, resigned as a point of principle over it given that he was not consulted in the process). The counterpoint, however, is that this was essentially a symbolic, non-binding motion and not an addition to the constitution. As well, Harper refused to qualify just who “Québécois” described in the motion, nor did the ministers he sent out to the media to explain the motion give any indication of just who it included – Harper himself indicating that it was a personal decision as to who chose to self-identify. This makes for some uncomfortable notions around both the anglophone minority within Quebec, more recent immigrant populations, as well as the First Nations on whose land the province rests, great portions of which remain unceded. And then there is the whole notion about it sounds uncomfortably like ethnic nationalism.

This isn’t to say that there isn’t a case for considering Quebec to be a nation – they have a distinct language, culture, legal tradition and history within what we think of as Canada today, which is a federation of different nations and national identities – it’s just that constitutionalizing it becomes tricky. But where I suspect it will get even trickier will be an impetus for copycat notions from other parts of the country – most especially Alberta.

“But Alberta doesn’t have a distinct language, culture, legal tradition, or history,” you might say, and you would be correct – and yet, if you recall the Buffalo Declaration, the ridiculous farce of a manifesto put out by a number of Western MPs to lay out the Alberta and Saskatchewan’s – but mostly Alberta’s – grievances, and one of those was the insistence that “Alberta is a culturally distinct region, but this has not been recognized.” The logic around it was fairly dubious – claiming that their history contained several “distinct cultural themes.”

“A struggle against a colonial government, a desire for individual freedom, a willingness and drive to achieve personal economic liberty; a deep connection and respect for our land; and an economy unique to other areas of Canada,” the document reads, and goes into some of the immigration patterns to the province (having paid lip service to the Indigenous populations in the region without quite acknowledging how they were displaced). But much of this self-congratulatory back-patting likes to paint themselves as a bastion of tolerance in pushing back against the “redneck” stereotype, and yet, having grown up there, I can tell you that much of this tolerance is surface-level.

Sure, if you make a lot of money – and much of “Alberta culture” seems to be very much centred on how much money you make, in places where keeping up with the Joneses is a competitive sport – you can move in more social circles in the province, but there is a lot of deep-seated intolerance, racism, white supremacy, and homophobic bigotry. There are pervasive attitudes around First Nations as somehow being interlopers rather than the actual owners of the land. And then there is the religiosity that infects a lot of the politics and makes the “tolerance” harder to believe. Hell, in the mid-90s, my new-agey mother was accused of witchcraft by our rural neighbours, who began targeting us with threats up to and including killing our dog to send a message.  You’ll forgive me if these protestations of tolerance ring hollow.

Nevertheless, if Quebec goes ahead and attempts to enshrine its “nation” status unilaterally, you can bet there will be calls to open up the constitution to address issues like equalization – which have already started in Alberta – but I’m certain that we’ll start to see more calls for Alberta to demand some kind of recognition for its special cultural status, if not from the Buffalo Declaration crew, then by other opportunists who will try to use it to leverage some other kinds of concessions from the federal government. No doubt Quebec’s attempt to make these changes will be headed to the courts – likely not at the behest of any federal party as each are too craven to stand up to Legault and his apparently popularity, each of them hoping to get his magic glow upon them in the next election – and it may yet be struck down. But before that happens, I wouldn’t be surprised if proposals to unilaterally amend either the Constitution Act, 1867 or the Alberta Act, 1905 start being floated, creating even more problems for the rest of Confederation in the meantime.