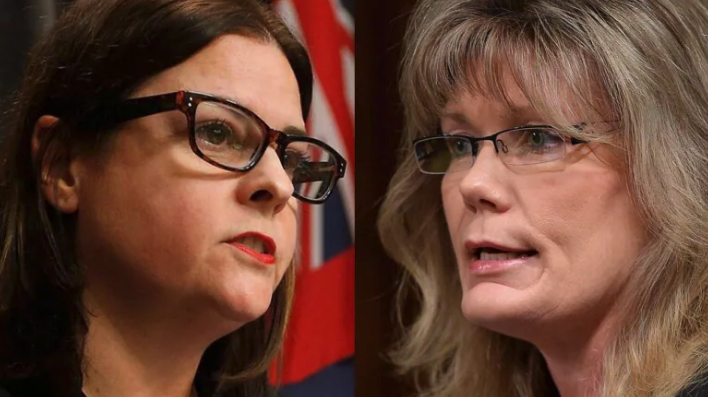 How did a historic leadership race evolve into a historical leadership challenge? That’s what some Manitobans many be wondering in the midst of one of the most unusual series of events in Canadian political history.

Let’s go back to the beginning.

Manitoba PC Premier Brian Pallister announced his resignation on Aug. 29. His name is well known in Canadian politics. He ran for the federal PC leadership in 1998, sat as a Canadian Alliance MP, and served as a Conservative minister for then-Prime Minister Stephen Harper. He had led the Manitoba PCs since 2012, and won two majority governments in 2016 and 2019, respectively.

Although Pallister improved Manitoba’s economic fortunes in a relatively short period of time, he was badly rocked by controversies related to COVID-19, Indigenous issues and eliminating elected school boards. His personal popularity dropped, and his government fell out of favour in popular opinion polls.

The political clock was ticking, and he sensed it was time to exit the scene.

“I think it’s time to move on for the good of my family and I think that Manitobans deserve the chance to know who is going to be their premier,” he said at Brandon University on Aug. 30. “I’ve seen past leaders trying to hang on for too long sometimes and I don’t want to be one of those.”

The Premier also said, “The last thing I want to see is division with the PC party in Manitoba that would hurt them in their recovery and ability to focus on governing.”

This line would turn out to be more prophetic than he ever could have imagined.

Pallister stepped down on Sept. 1, and was replaced by Kelvin Goertzen on an interim basis. The race to replace him turned into a historic event, since it would culminate in the province’s first female premier.

The two leadership candidates were well qualified to take on this important role.

First was Heather Stefanson. She had cut her teeth as an assistant to former Agriculture Minister Charles Mayer, who served former PC Prime Ministers Brian Mulroney and Kim Campbell in that role. Stefanson would win a seat as a Manitoba MLA for the riding of Tuxedo in 2000, which she still holds. She held three ministerial roles – Justice and Attorney General, Families and Health and Seniors Care – and was deputy premier from 2016-2021 under Pallister.

Second was Shelly Glover. A former police officer in Manitoba of Metis heritage, she had sat as Conservative MP for Saint Boniface from 2008-2015. This made her the first policewoman to ever hold a seat in the House of Commons. She would serve as Parliamentary Secretary for Official Languages, and later as Minister of Canadian Heritage and Official Languages, under Harper. She didn’t run again in 2015, and re-entered the political arena after declaring her candidacy for the Oct. 30 Manitoba PC leadership race.

Stefanson roared ahead to an early lead, picking up endorsements from two-thirds of the PC caucus, several current and former MPs and MLAs, and emphasizing her provincial political experience. Glover played the long game by appealing directly to grassroots members and emphasizing her political stature on the federal scene.

Glover refused to concede. She and her team alleged the close result and 1,200 missing mail-in ballots had marred the leadership race. A note was sent to Manitoba’s Lieutenant Governor Janice Filmon, wife of former PC Premier Gary Filmon, on Nov. 1 to delay Stefanson’s swearing-in ceremony due to “substantial irregularities.”

Moreover, the Glover campaign announced they would seek an Order of the Court of Queen’s Bench to declare this leadership race invalid, and start a fresh one. That’s something you rarely see or hear in Canadian politics.

The Manitoba PCs initially said the courts didn’t have jurisdiction in this matter. Stefanson was quickly sworn in on Nov. 2 to replace Goertzen, becoming the first female premier in Manitoba’s 151-year history. Pressure from grassroots members and the general public continued to escalate, however. On Nov. 15, the party agreed to let the courts hear this matter due to the “nature of the allegations” and the “regrettable, divisive tone to the dispute.” A decision will arrive at a later date.

If the courts rule in favour of Stefanson, will she be able to put this matter behind her? Hopefully, but there’s no guarantee of this.

If the courts rule in favour of Glover, will she be able to win a second leadership race? Possibly, but there’s no guarantee of this.

Should the Manitoba PCs have delayed the historical swearing-in of the province’s first female Premier until this historic legal challenge was resolved? Yes, since it would have guaranteed that it went through free from controversy.

The political divisions that Pallister had hoped his party would avoid have emerged. If it tears the Manitoba PCs apart, that would be the worst historical development of them all.