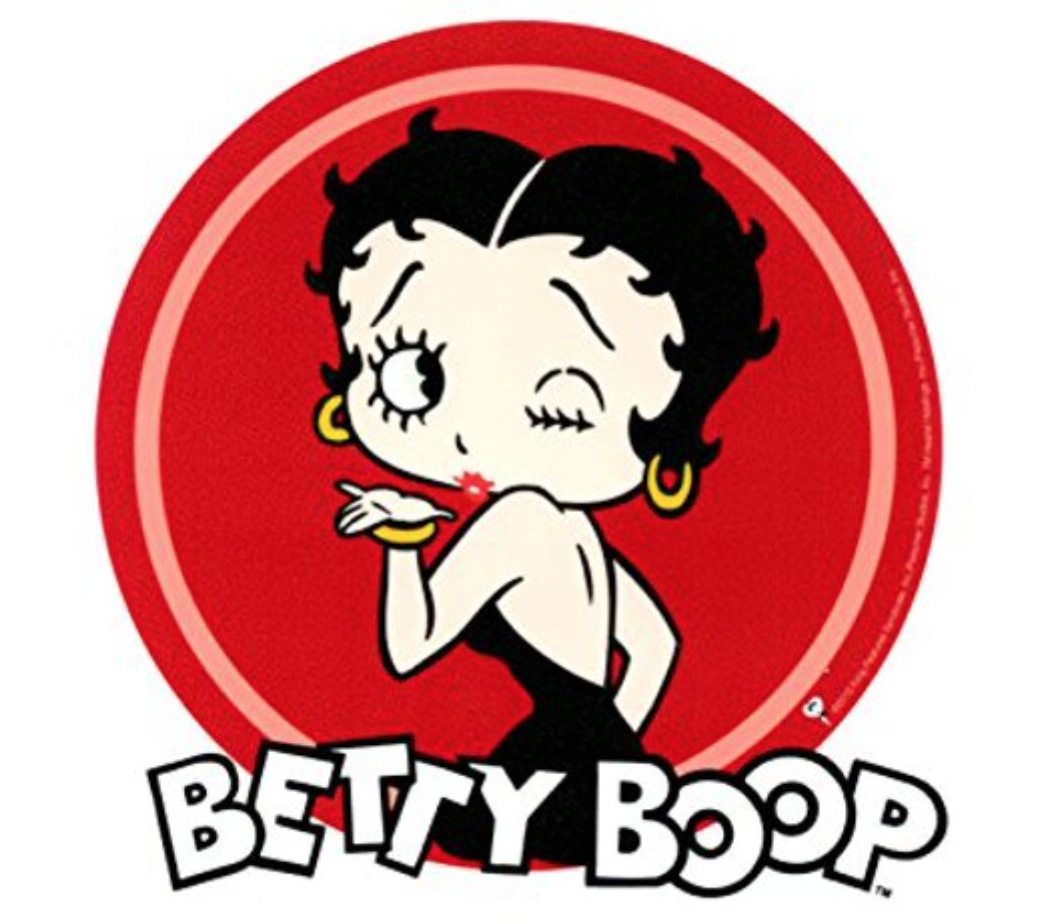 How does a columnist come up with ideas for topics? The answer is multifaceted. They can be politically oriented, influenced by current events or historical precedents, or breaking news stories that need to be covered. Every so often, a topic will arrive completely out of thin air – such as the one I’m going to convey to you right now.

Swedish-based writer and author Annika Hernroth-Rothstein sent out this tweet on July 18, “My best friend just told me that Betty Boop is Jewish – how did #jewishtwitter not make this a bigger deal??” I was on vacation with my family, and happened to come across it by chance the following day. One of my specialty areas is animation and comic strips, so I responded for fun. My tweet was as follows, “It’s true! Betty Boop was one of the earliest animated characters to have a Jewish background. In fact, her parents spoke to her in Yiddish in a couple of cartoons. An interesting tidbit of information lost in the sands of time.”

I figured this response would get a few views, and maybe a comment or two. A typical reaction on Twitter, in other words.

I couldn’t have been more wrong. The tweet went viral, and unexpectedly took a life of its own. Many were surprised to discover Betty Boop’s connection to Judaism. A few pointed to articles discussing her origins. Writer Melissa Braunstein tweeted on July 20, “Betty Boop was voiced by my grandmother’s cousin,” and noted “she also did the voice of Olive Oyl in Popeye cartoons.” Several either disputed the claim, or suggested the lineage was somewhat different.

Who would have believed a 92-year-old cartoon character would attract even the slightest amount of interest? Not me, that’s for sure. The ever-glowing light bulb went off in my head, and a new topic was born.

Betty was created by Austrian-Jewish animator Max Fleischer. She was voiced early on by American Jewish actress Mae Questel, a vaudeville star and talented impressionist. Her first appearance was in Dizzy Dishes (1930), part of Fleischer Studios’s Talkartoons series. She appeared as an unnamed anthropomorphic female dog, and was accompanied by (the also unnamed) Bimbo, a black-and-white pup who would later serve as her friend, sidekick and romantic interest. She would morph into a human Jazz Age flapper and one of animation’s early sex symbols. She spoke and sang in a chirpy voice with her “Boop Oop a Doop” line in tow.

Betty, like most cartoon characters, doesn’t have a formal origin story. However, the product of a Jewish animator and Jewish voice seems to have a distinctly Jewish background.

We met Betty’s parents for the only time in Minnie the Moocher (1932). They’re unhappy that she wouldn’t eat her hasenpfeffer (rabbit stew) or sauerbraten (a stew made with various meats, including beef, pork, mutton and horse), and spoke to her in thick accents. Betty’s father may be wearing a yarmulke, although it could be a massive bald spot since a long, single hair is visible. Her mother utters words that could be a combination of German, Yiddish or pure gibberish.

In an Aug. 8, 2020 piece for The Forward, Benjamin Ivry cast some doubt on her Jewish lineage. He suggested Betty was being “harangued by hefty parents because she refuses to eat traditional German dishes such as hasenpfeffer, or rabbit stew, and sauerbraten, roasted marinated meat. Neither are kosher dishes, and the accents of Betty’s parents resemble the traditional German comic tones of a Sig Ruman, the Marx Brothers’ nemesis in ‘A Night at the Opera,’ rather than anything specifically Jewish.”

Ivry’s analysis is debatable. Not every Jew is kosher. (Although I left the faith over 40 years ago, I never was.) Not every German-sounding accent has to be Germanic, either. If this was the only evidence of a tie-in between Betty and Judaism, then he’s correct – it wouldn’t fly.

There’s a scene in Bamboo Isle (1932) where Betty’s native relatives greet Bimbo with a crystal clear “Shalom Aleichem!,” which means “peace be upon you” in Hebrew. Betty imitates Fanny Brice in Stopping the Show (1932) as a Native squaw with a Yiddish accent. In the aforementioned Dizzy Dishes, a ham with the Hebrew word for “kosher” is tossed at a secondary character with a Jewish-sounding accent – and is also visible on a paddy wagon in Big Boss (1934). There’s a Yiddish-sounding worm in The Bum Bandit (1931), a Yiddish-speaking fish in SOS: Sink or Swim (1932), and a Yiddish-sounding car in Betty Boop’s Ker-Choo (1933).

There’s another part of Betty’s background that’s more disputed. It comes from the world of jazz and a black singer.

Betty’s inspiration is often attributed to a caricature of singer/actress Helen Kane. This was something Fleischer apparently wanted, and cartoonist Grim Natwick admitted before his death. Kane later sued the studio for supposedly poaching her “boop-oop-a-doop” line. The lawsuit failed after theatrical manager Lou Bolton’s testimony. He claimed Kane saw the cabaret act of Esther Jones, or “Baby Esther,” at the Everglades Restaurant in April 1928. He had taught her to interpolate songs with scat lyrics such as “boo-boo-boo,” “doo-doo-doo,” “boo-did-do-doo” and “whad-da-da-da.”

Some historians dispute whether Jones influenced Kane’s singing. While it should be easy to determine this, we can’t. The black jazz singer and child entertainer toured through Europe and the U.S. in the 1920s and 1930s, playing in front of royalty (Spain’s King Alphonso and Queen Victoria Eugenie, Sweden’s King Gustave and Queen Sophie Marie Victoria) and in prominent venues (France’s Moulin Rouge). Unfortunately, there are no confirmed recordings of her work, and a 1928 talking short she did for MGM has never been found. With respect to Fleischer Studios and Bolton, some wonder if there was a private arrangement behind the scenes (which has never been proven).

Jones’s link to Betty has also been misinterpreted. This is largely due to an erroneous PBS article published in 2015 during Black History Month that claimed “Esther Jones Was the Real Betty Boop!” Six years later, PBS Public Editor Ricardo Sandoval-Palos wrote a long piece that retracted it. He noted the original piece contained a “picture in all likelihood was not that of ‘Baby Esther’ Jones, who died at a young age (no one seems to be completely sure when) and may never have been photographed as an adult.” He also referred to a letter that Fleischer’s grandson, Mark, had written about this subject, saying in part, “It really troubled me that a source as trusted as PBS would repeat and assert conclusions without first ensuring that there was a factual foundation to support those conclusions. In this case, no such foundation existed.”

Could a light connection between Jones and Betty exist? If we consider the lawsuit, Betty’s Jazz Age roots and singing style, and legendary jazz musician Cab Calloway appearing in the cartoon based on his popular song, Minnie the Moocher, perhaps. That’s about as far as we can go until proper evidence of Baby Esther’s musical repertoire has been unearthed.

The link between Betty Boop and Judaism, mixed with a little Yiddish, is as plain as day. Which should make Hernroth-Rothstein, #jewishtwitter and others verklempt, I’d imagine!