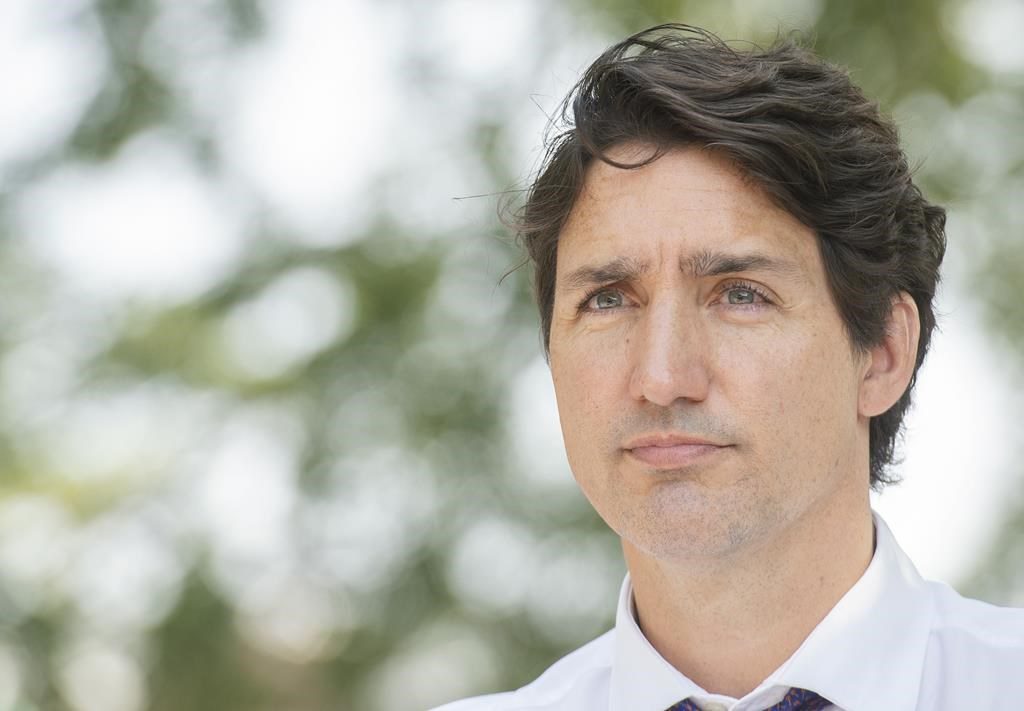 That’s the name political hacks and flaks give to what is otherwise known as “what the election is all about.”

What is at stake? What is being decided? What are the choices?

Ditto Joe Biden in 2020, who said the election was “a battle for the soul of the nation.” It may have been a bit of hyperbole, but it worked. Biden – who, full disclosure, this writer worked for – won more votes than any presidential candidate in American history.

Up here in Canada, too, the biggest victories have happened when the ballot question is clear and understood.

Brian Mulroney’s massive 1984 victory was the direct result of his televised debate with Liberal leader John Turner.  Turner had approved a raft of patronage appointments, which Mulroney called horrible. He demanded Turner apologize to the nation. Turner responded: “I had no option.”

Mulroney immediately, and brilliantly, framed the choice: “You had an option, sir – you could have said no.” Voters shortly thereafter said “no” to Turner, and in record numbers, too.

Jean Chretien’s 1993 winning ballot question, ironically, was cooked up by Kim Campbell’s Conservatives themselves. They broadcast a TV attack ad that mocked Chretien’s looks (the then-Liberal leader, who I then worked for, had a partial facial paralysis). “Is this a Prime Minister?” the Tory ad asked, over an unflattering photo of Chretien.

Canadians overwhelmingly answered: “yes.” It was the face of a Prime Minister. And they made Chretien PM in a landslide, and reduced Campbell’s party to two seats in the House of Commons.

Stephen Harper’s Conservatives flipped the table in 2011, and reduced the Liberal Party to third place with a two-pronged ballot question. Their “here for you” was bland and boring.

But when coupled with their relentless barrage of “just visiting” attack ads against Grit leader Michael Ignatieff – who had lived outside Canada for decades – the Conservative triumphed.

Justin Trudeau, hate him or not, is a genius at reducing complex political choices to simple, understandable words and phrases.

In 2015, he partially plagiarized the Clinton 1992 approach, and said the choice was about “real change – now.”  He – like Mulroney, Chretien and Harper – won a majority.

He lost it in 2019, however, when his ballot question was poorly executed, and widely misunderstood. In that campaign, the Grit slogan was again about choice – “choose forward.” But his wearing of racist blackface, and his obstruction of justice in the LavScam scandal, didn’t seem very “forward” to many Canadians. He lost his Parliamentary majority.

This time around – with the Delta variant surging everywhere, and vast swaths of Canada on fire – what is the ballot question?

But for most of us, it’s hard to think of a ballot question that in any way justifies a $500-million Seinfeldian election about nothing.

And, if the ballot question becomes something like this – “Have the Trudeau Liberals become tired, and arrogant, and out of touch, and need to be taught a lesson?” – the answer will be clear.

The answer to that ballot question will be “yes.”

[Kinsella was Jean Chrétien’s Special Assistant, and ran the Liberal Party’s war rooms in 1993 and 2000.]