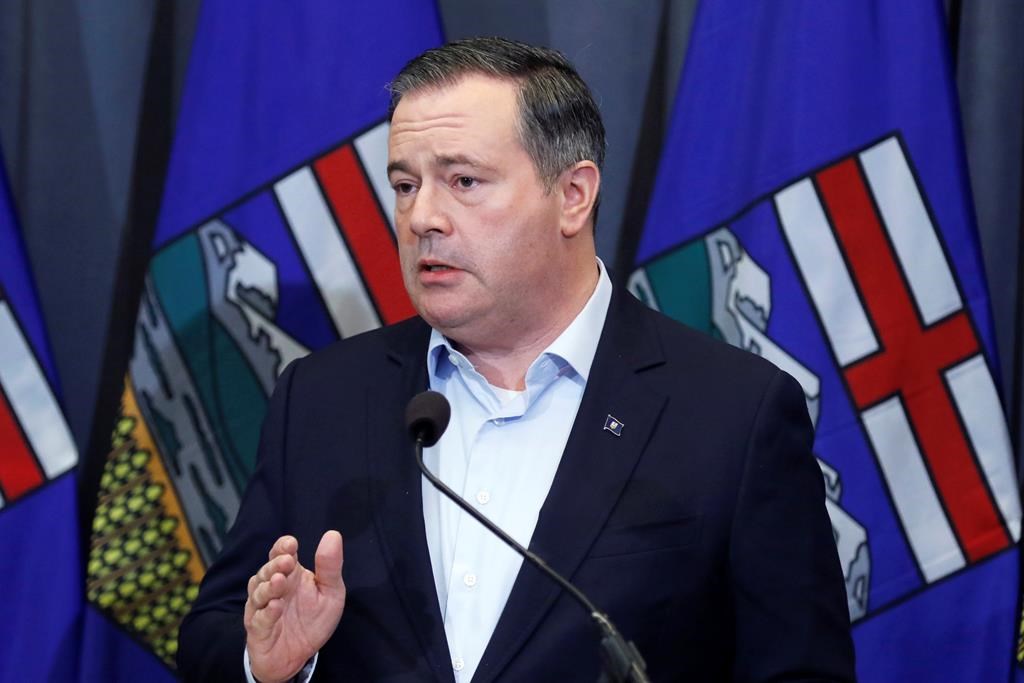 One day you’re up, next day you’re down. But in Alberta the wheel of fortune does a full 180 in a couple of hours.

Before lunch Tuesday the provincial government announced its finances are in much better shape than expected as high energy prices and returning jobs lift the economy and the government bottom line.

After lunch the provincial medical office of health announced confirmation of a case of the Omicron variant of Covid. That sort of dampened the mood a tad.

However, the fiscal update numbers revealed by Finance Minister Travis Toews are impressive.

Sharply increased oil royalties and tax revenue are expected to trim this year’s deficit to $5.8 billion, considerably better than the stark $18.2 billion deficit that the spring budget predicted.

Usually a second quarter fiscal update doesn’t merit the kind of ballyhoo around Tuesday’s announcement. There is another two quarters to go before the full picture will be evident. A lot can happen between now and tomorrow, let alone between now and next spring’s budget.

But any good news is big news in a province which has been down on its luck for a few years.

Facebook-loving Premier Jason Kenney posted a very slick video full of rising economic fever lines superimposed on photos of happy working Albertans. The catch-phrase “Alberta’s Recovery Plan is working — and we’re only getting started,” is clearly going to be emblazoned everywhere in the next few months.

Kenney can’t be blamed for wanting to take a victory lap. The wrestling of deficits is the meat and potatoes of fiscal conservatives and the premier is happy to take a seat at the festive table.

However, taking credit for the economic good news is questionable. Kenney’s little video weirdly suggests that the deficit is down, revenue is up, 98 per cent of jobs lost since Covid have returned “because we’re holding the line on spending”.

Toews echoed that sentiment, but at least he acknowledged the risk of getting too cocky in a world of pandemic risks and oil price volatility.

Unfortunately for the UCP, what it can actively manage is a pretty small sliver of the actual fortunes of the Alberta economy.

The recent run-up in oil prices account for much of the revenue increase, and that points to Alberta’s reliance on a problematic non-renewable resource which is at the mercy of global price swings.

Days before the fiscal update came out there was a sudden plunge in oil prices.

Without stability in its revenue sources, spending really is the only thing the UCP can manage. And even there, in this pandemic age, there are limitations on just how much of budget expenditures, particularly on the health side, the government really can control.

Covid offered a stark reminder of that with its sudden eruption of a new variant. Omicron is still a mystery in terms of its actual transmissibility and the severity of symptoms, but its very existence still sent a worrying shiver through world markets.

Kenney signalled a few days ago that he was considering some loosening of pandemic restrictions so Albertans can have a merrier Christmas. And certainly most Albertans would love to have more than one other fully vaccinated household visiting for the Yuletide feast or cocktail festivities.

But the ghost of Kenney’s ill-timed decision to open wide in July for “the best summer ever” is haunting the proceedings. Another slowing of the economy because of rising case numbers would pretty quickly erode the upward trajectory on the government’s charts.

It’s evident from a relentless flood of government releases about jobs, deals, drilling and dropping deficits that the UCP government is determined to deflect attention from the uncertainty of the times.

The word “boom” is starting to creep into Kenney’s speeches. But that’s an outdated view of what’s happening in the province today. Far more apt is the term roller-coaster.

It’s nice to see a brief respite to stomach-churning swoops and dives as the economy crests the hill.

But getting off the ride altogether is going to take a strategy to uncouple Alberta from dependence on oil and gas. And a better thought-out longterm strategy for dealing with a pandemic with no end in sight wouldn’t hurt.