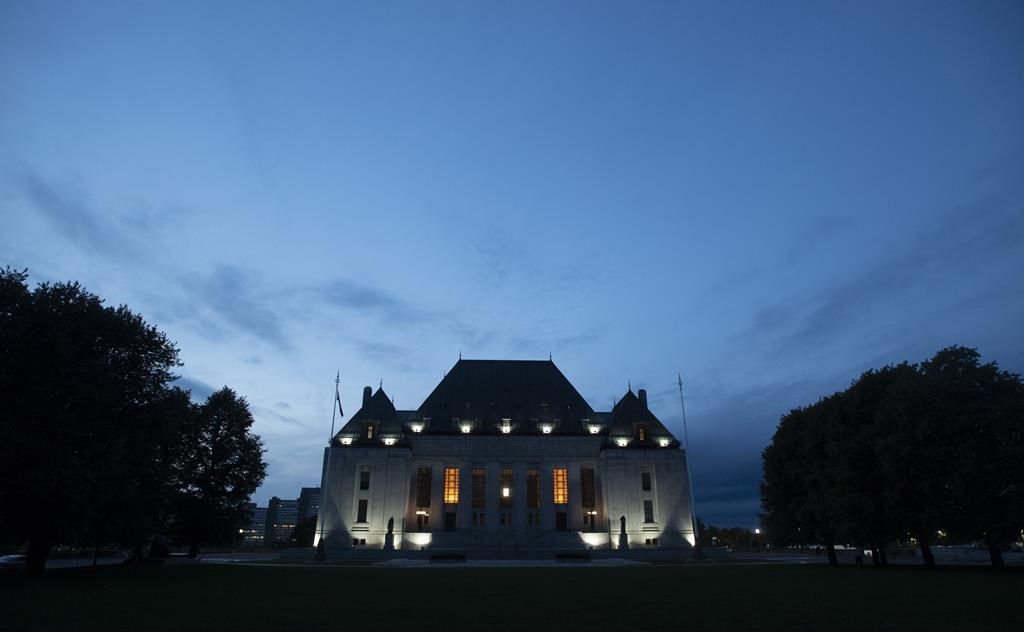 OTTAWA â€” The Supreme Court of Canada declined on Thursday to hear an appeal in the case of a Quebec author acquitted of producing child pornography in connection with fictional scenes in a horror novel.

In refusing to hear the case, the Supreme Court indicated it did not have jurisdiction to consider the matter.

Quebec Superior Court last year acquitted author Yvan Godbout, who had been charged with producing child pornography over passages found in his novel, “Hansel et Gretel,” which include scenes of sexual abuse of a minor-aged brother and sister.

The decision noted the law was broadened in 2005 to include not just material that advocates for, or encourages, pedophilia, but any description of sexual acts with children, as long as the description is a dominant characteristic of the work of fiction and is done with a sexual purpose.

The court found that under the law, libraries and book stores could potentially find themselves facing charges of possession or distribution of child pornography.

While sexual material involving minors is clearly harmful, “the court believes we must distinguish between material that exposes a tangible reality, videos or photos or even drawings, from literary fiction,” Blanchard wrote.

Blanchard ruled that two of the articles in the Criminal Code violate sections of the Charter of Rights and Freedoms guaranteeing the right to freedom of expression and to life, liberty and security of the person.

The Quebec attorney general sought leave to appeal directly to the Supreme Court the aspects of the decision that touched on the legal framework in order to have a debate on whether strict child pornography laws are reasonable limits on free expression.

At Godbout’s trial, the prosecution acknowledged a violation of the author’s freedom of expression but argued it was justified in order to protect society’s youngest and most vulnerable members. All material depicting sexual acts with children is harmful, it was argued.

The acquittal was praised by some writers’ groups, who described it as victory for artistic freedom.

On Thursday, the president of a group representing Quebec authors said she was “relieved” by the Supreme Court’s decision not to hear the appeal.

“It is important to recall here the serious harm suffered by the author as a result of his arrest and the charges that followed,” she said in a statement.

“Now that the Supreme Court has closed the door to a theoretical debate on the articles of law struck down by the Superior Court, the time is right for our elected officials to look again at these articles, whose overly broad interpretation has led to this deplorable legal saga.”

In an interview last fall following the decision, Godbout described the stress and trauma stemming from his ordeal, which included being arrested at 6 a.m. while he slept and dealing with the social stigma that follows child pornography charges.

“Authors and creators will be able to breathe a little more and not feel like they have the sword of Damocles hanging over them,” Godbout said at the time.

Representatives from the Quebec attorney general’s office did not immediately respond to a request for comment.

â€” By Morgan Lowrie in Montreal