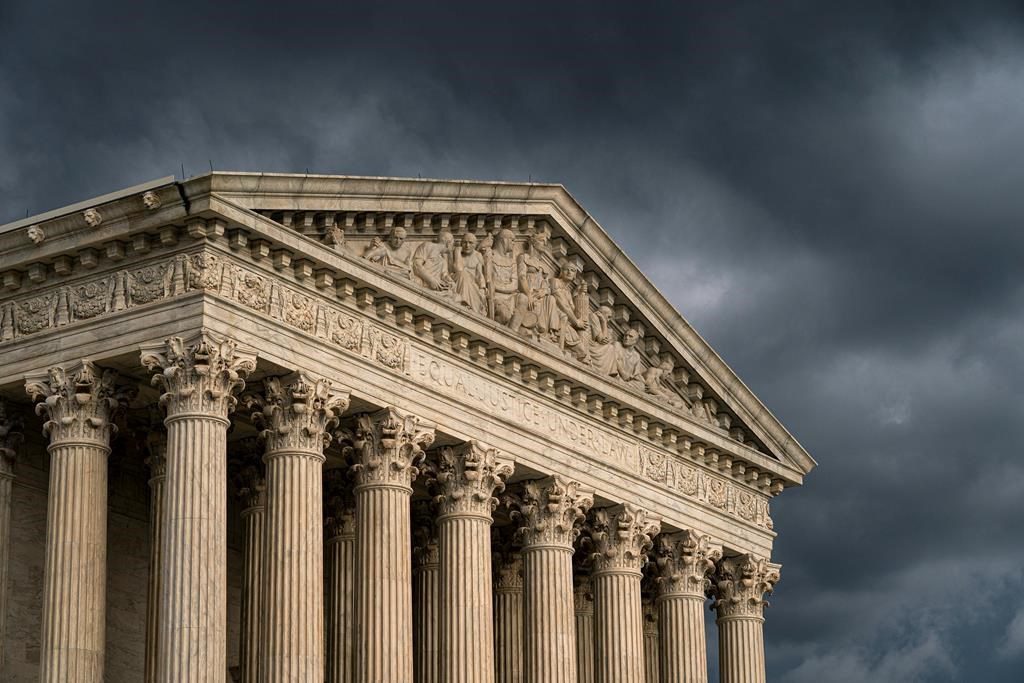 WASHINGTON â€” On one side of an upcoming Supreme Court case over a proposed natural gas pipeline in New Jersey are two lawyers with more than 250 arguments between them. On the other is Jeremy Feigenbaum, a lawyer for New Jersey who will be making his first Supreme Court appearance.

It may be the greatest numerical mismatch in the history of the high court â€” a David argues with Goliaths story (although this David comes with millions of dollars a year in earnings potential).

Justice Department lawyer Edwin Kneedler will be making his 148th argument. Kneedler, 75, had around 30 Supreme Court arguments under his belt by the time Feigenbaum, 32, was born.

Paul Clement, 54, the former top Supreme Court lawyer for the Bush administration, will be arguing his 106th case.

They are asking the Supreme Court to rule that private gas companies’ use of the federal government’s power of eminent domain to acquire property extends to parcels owned by a state.

Feigenbaum, a native of New Jersey and the State Solicitor, persuaded a three-judge appellate panel to rule that states could not be compelled to give up their land. At issue is a roughly 120-mile pipeline that would run from northeastern Pennsylvania to central New Jersey.

Although it’s his first time arguing, Feigenbaum is familiar to the court. He worked for a year as a law clerk to Justice Elena Kagan in 2015-16.

Co-workers from that year described him as an outstanding lawyer whose age belies his legal wisdom. "Jeremy has sort of risen as quickly as one possibly can in the legal bar. You can’t work with Jeremy and not recognize that he is exceptionally talented. … He’s one of the most creative and persuasive advocates I know, both in writing and orally. I think that’s how he became one of the youngest state solicitors in the country," said Yaira Dubin, a former Kagan law clerk who first met Feigenbaum at Harvard Law School.

Thomas Fu shared an office with Feigenbaum at the Supreme Court, where they talked about high court cases virtually nonstop for a year. "I think Jeremy will be right up with them in terms of quality," Fu said.

Clement filed the Supreme Court appeal that the justices are hearing, via telephone because of the coronavirus pandemic. He and Feigenbaum overlapped briefly at the Kirkland and Ellis law firm. "Jeremy is a terrific lawyer, and I was happy to play a small part in getting him his first Supreme Court argument," Clement said in an email.

On rare occasions, determining who will argue a case can come down to flipping a coin, or fishing a name out of a bowl.

That’s how the court’s clerk resolved an impasse over who would represent the position of 17 Native American tribes Monday in a case about coronavirus relief money.

Sixteen tribes were being represented by lawyer Riyaz Kanji, a former Supreme Court law clerk who last year won a major Indian Country case before the court. The other choice was Jeffrey S. Rasmussen, who represents the Ute Indian Tribe and would be making his first argument. Each side wanted its lawyer to argue. Rasmussen asked that each group get equal time. The court’s answer: no. Last Friday, the court gave the parties two final hours to work things out themselves.

So with less than three days until argument, the court’s clerk got the parties on the phone. He told them he would put the name of each tribe on a slip of paper, put the slips in a bowl and pull one out. The lawyer that represented that tribe would argue. Against the odds, the tribe’s name on the paper that got pulled: the Ute. Rasmussen got his first argument.

Details were confirmed by participants in the process. Indianz.com first reported on the disagreement over who would argue.

But in another case being argued this month, a lawyer willingly passed up his first chance to step to the virtual lectern and address the justices.

American Civil Liberties Union lawyer Witold J. Walczak had been scheduled to make his first Supreme Court argument next Wednesday on behalf of a high school student who was suspended from cheerleading activities for a profane Instagram post she made outside of school.

After some reflection, Walczak stepped aside in favour of David Cole, the ACLU national legal director who has argued several cases.

"I'm a trial lawyer with some successful circuit work. This case is too important to risk a novice Supreme Court oralist," Walczak said in an email. "After I overcame my ego, it was an easy decision."

Seven cases remain to be argued in April and May, but could the justices be suffering from remote argument fatigue?

After spending more than two and a half hours on the phone Wednesday hearing two cases, Chief Justice John Roberts was ready to hang up. "Thank you counsel. The case is submitted," Roberts said, using the words he does to end every case.

Trouble was, Roberts had forgotten to give one of the lawyers arguing in a patent case the customary opportunity to say a last few words.

It wasn't the only time this week that the justices seemed ready to wrap things up early. The court has spent more than a year hearing arguments by phone because of the pandemic.

During arguments Tuesday, the three most junior justices at one point passed on their opportunities to ask questions.

"I have no questions at this time," Justice Neil Gorsuch said.

"None from me either," concluded Justice Amy Coney Barrett.

That meant arguments in that case lasted just 48 minutes, well below the allotted hour.

The following day, Roberts quickly corrected his mistake. "Oh. No? What? Oh, I'm sorry, Mr. Hochman, you have rebuttal. … Excuse me," he said, giving lawyer Robert Hochman the chance to wrap up.

"Thank you, counsel," Roberts said when Hochman was done. "Now the case is submitted."