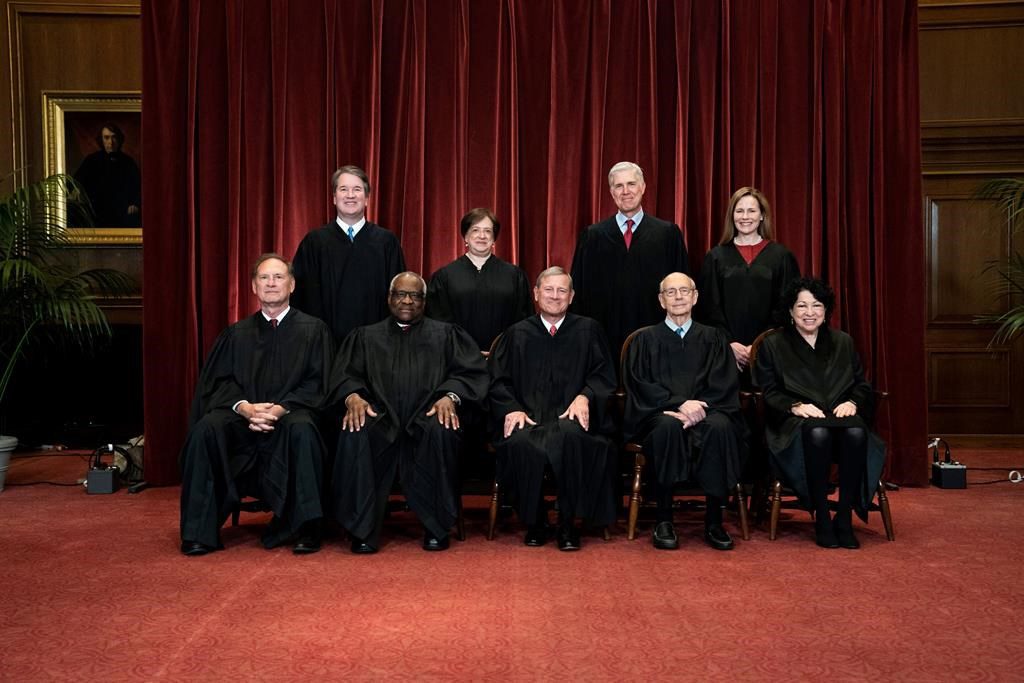 WASHINGTON â€” Fourteen-year-old Brandi Levy was having that kind of day where she just wanted to scream. So she did, in a profanity-laced posting on Snapchat that has, improbably, ended up before the Supreme Court in the most significant case on student speech in more than 50 years.

At issue is whether public schools can discipline students over something they say off-campus. The topic is especially meaningful in a time of remote learning because of the coronavirus pandemic and a rising awareness of the pernicious effects of online bullying.

Arguments are on Wednesday, via telephone because of the pandemic, before a court on which several justices have school-age children or recently did.

The case has its roots in the Vietnam-era case of a high school in Des Moines, Iowa, that suspended students who wore armbands to protest the war. In a landmark ruling, the Supreme Court sided with the students, declaring students don’t "shed their constitutional rights to freedom of speech or expression at the schoolhouse gate."

Ever since, courts have wrestled with the contours of the decision in Tinker v. Des Moines in 1969.

Levy’s case has none of the lofty motives of Tinker and more than its share of teenage angst.

Levy and a friend were at a convenience store in her hometown of Mahanoy City, Pennsylvania, when she took to social media to express her frustration at being kept on her high school's junior varsity cheerleading squad for another year.

"Fâ€”â€”â€” school fâ€”â€”â€” softball fâ€”â€”â€” cheer fâ€”â€”â€” everything," Levy wrote, in a post that also contained a photo in which she and a classmate raised their middle fingers.

The post was brought to the attention of the team’s coaches, who suspended Levy from the cheerleading team for a year.

Levy, now 18, is finishing her freshman year in college. "I was a 14-year-old kid. I was upset, I was angry. Everyone, every 14-year-old kid speaks like that at one point," she said in an interview with The Associated Press.

Her parents knew nothing about the Snapchat post until she was suspended, she said. "My parents were more concerned on how I was feeling,” Levy said, adding she wasn’t grounded or otherwise punished for what she did.

Instead, her parents filed a federal lawsuit, claiming the suspension violated their daughter's constitutional speech rights.

Lower courts agreed and restored her to the cheerleading team. The 3rd U.S. Circuit Court of Appeals in Philadelphia held that "Tinker does not apply to off-campus speech." The court said it was leaving for another day "the First Amendment implications of off-campus student speech that threatens violence or harasses others."

But the school district, education groups, the Biden administration and anti-bullying organizations said in court filings that the appeals court went too far.

"The First Amendment does not categorically prohibit public schools from disciplining students for speech that occurs off campus," acting Solicitor General Elizabeth Prelogar wrote on behalf of the administration.

Philip Lee, a University of District of Columbia law professor who has written about regulation of cyberbullying, said it makes no sense to draw the line on policing students’ speech at the edge of campus.

"Most cyberbullying content is created off campus on computers, iPads, all kinds of electronic devices," said Lee, who joined a legal brief with other education scholars that calls for a nuanced approach to regulating student speech in the Internet age.

"But at same time, you don't want situation where schools are monitoring everyone’s speech at home,” he said.

The Mahanoy Area School District declined to comment on the case, its lawyer, Lisa Blatt, said.

But in her brief for the district, Blatt wrote, "This case is about how schools address the bad days."

Schools should not be forced "to ignore speech that disrupts the school environment or invades other students' rights just because students launched that speech from five feet outside the schoolhouse gate," Blatt wrote.

The school’s approach would allow educators to police what students say round the clock, said Witold "Vic" Walczak of the American Civil Liberties Union, which is representing Levy.

"And that is super dangerous. Not only would students like Brandi not be able to express non-threatening, non-harassing bursts of frustration, but it would give schools the possibility of regulating important political and religious speech," Walczak said.

An unusual alliance of conservative and liberal interest groups has formed behind Levy, all pointing to the dangers of expanding school regulation of students speech.

The Alliance Defending Freedom and Christian Legal Society urged the court to affirm the appellate ruling because of "the perils of schools regulating off-campus speech. Religious speech, in particular, provokes debate and inflames passions."

Mary Beth and John Tinker, the siblings at the centre of the 1969 case, also are on Levy’s side. Their protest, updated for the digital age, would have included a social media component, perhaps a black armband digitally imposed on their school’s logo, they wrote in a high-court brief.

The outcome proposed by the school district would have left them subject to discipline, the Tinkers wrote.

Walczak, the ACLU lawyer, acknowledged that the "speech here is not the most important in the world. This isn't political or religious speech."

But Levy’s outburst has made her a potential successor to the Tinkers and their antiwar protest from the 1960s.

"I'm just trying to prove a point that young students and adults like me shouldn't be punished for them expressing their own feelings and letting others know how they feel," Levy said.