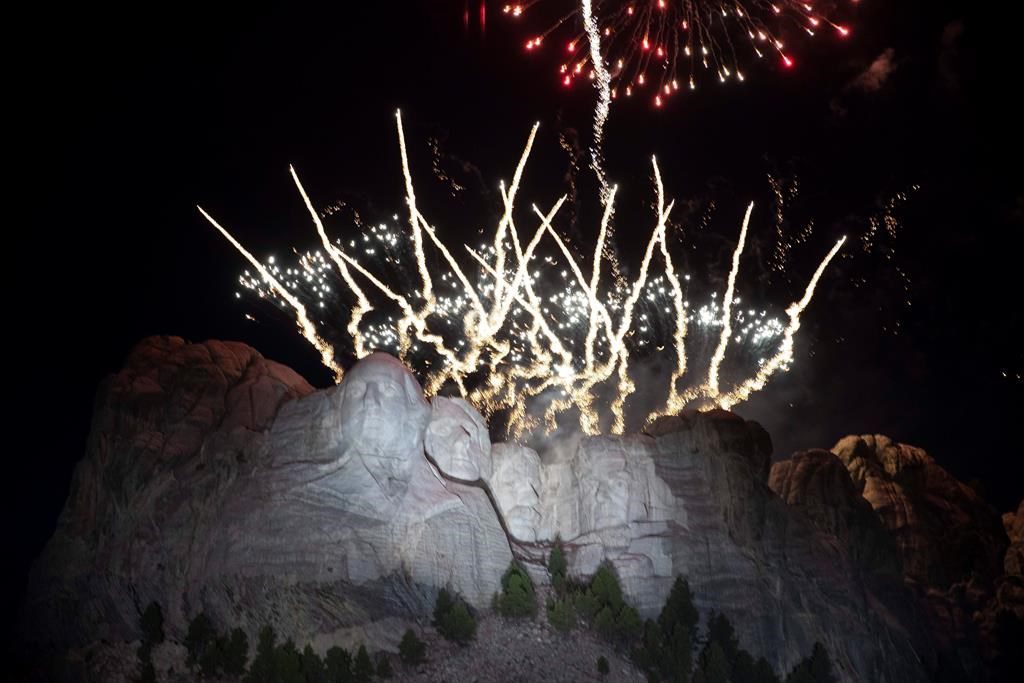 MOUNT RUSHMORE NATIONAL MONUMENT, S.D. â€” Gov. Kristi Noem on Monday told South Dakota’s tourism industry to gear up for a busy summer, as she expects an influx of visitors itching to travel after more than a year of dealing with the coronavirus pandemic.

During an event at Mount Rushmore National Memorial, where she is suing to hold another fireworks display this summer, the Republican governor said there are many signs that tourism â€” the state’s second-largest industry â€” will make a big rebound.

Tourism spending dropped by 18% in 2020, but Noem said the state still welcomed ample visitors. She drew widespread attention â€” and criticism â€” for forgoing virus restrictions and hosting a fireworks display at Mount Rushmore that featured former President Donald Trump. She also welcomed people to the annual Sturgis Motorcycle Rally, where hundreds contracted COVID-19 and brought it back to more than two dozen states.

"The tourism industry is so important to our entire state," Noem said, pointing to the tax revenue it brings in and the jobs it sustains.

The governor has initiated a legal battle with President Joe Biden’s administration over holding fireworks at the monument to celebrate Independence Day once again this year. She successfully pushed last year for a revival of the pyrotechnic display after a decade-long hiatus, but the National Park Service denied the state's application to hold the event again this summer due to safety concerns and objections from local Native American tribes.

Noem’s tourism secretary, Jim Hagen, called the 2020 event "an economic lifeline" to the tourism industry in a court filing last week and argued that the proposed fireworks show this year would "provide critical income during a crucial” period for the state economy.

But the pyrotechnic display has drawn concerns over the wildfire danger it posed, and much of the state is already facing a drought this year. The National Park Service closed Mount Rushmore for several days in March as firefighters battled blazes within the park.

But with or without fireworks, there are signs that people will be lining up at tourism draws like Mount Rushmore, Wall Drug and Badlands National Park. Web traffic to the state’s tourism site, rental car bookings, and applications for hunting and fishing licenses are all up, according to Noem and Hagen.

Noem said her biggest concern about the upcoming tourism season is finding enough people to work in the industry, which offers mostly temporary, low-paying jobs. She promoted an initiative to match job-seekers with tourism businesses through the state’s job-listing website.