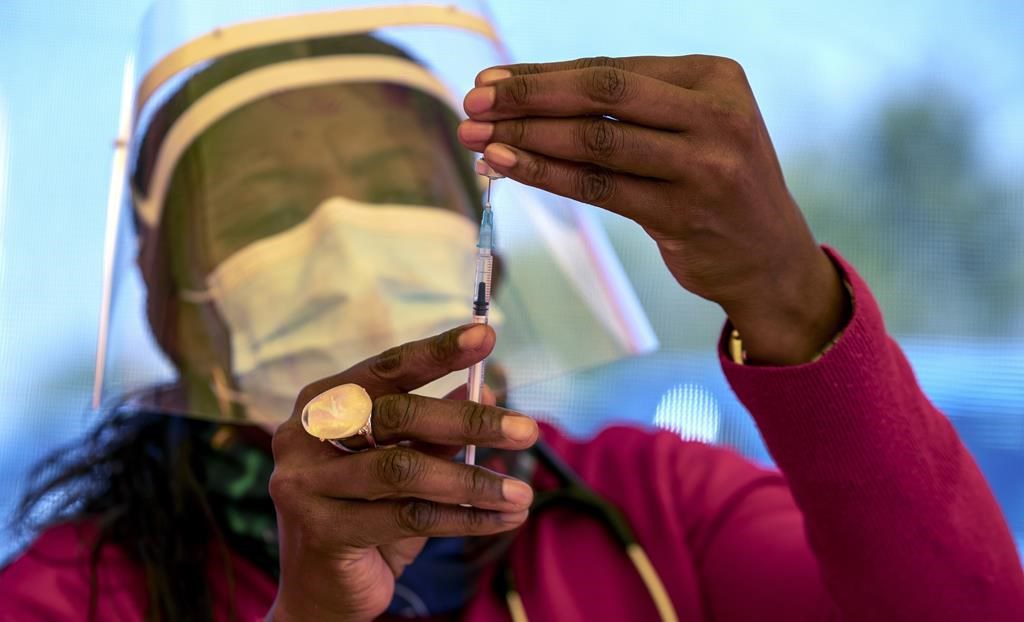 CAPE TOWN, South Africa (AP) — South African President Cyril Ramaphosa announced Sunday that his country will return to stricter lockdown measures in the face of a sharp rise in COVID-19 cases that indicate the virus is “surging again” in Africa’s worst-affected nation.

“We do not yet know how severe this wave will be or for how long it will last,” Ramaphosa said.

In response, Ramaphosa said that from Monday the nighttime curfew would be extended by an hour to start at 11 p.m. until 4 a.m. A maximum of 100 people would be allowed at indoor social gatherings and no more than 250 at an outdoors gathering. The number of people attending funerals will be limited to 100 people and after-funeral gatherings were banned completely, Ramaphosa said. Nonessential businesses must close by 10 p.m.

“We have tended to become complacent,” Ramaphosa said, warning virus infections were “surging again” at a time when the country moves into its winter months and people were more likely to gather together indoors, likely further increasing infections.

South Africa’s decision to go back to a stricter lockdown reinforces — as the crisis in India has already done so starkly — how the global pandemic is far from over.

“We have seen in other countries the tragic consequences of leaving the virus to spread unchecked,” Ramaphosa said. “We cannot let our guard down.”

South Africa has more than 1.6 million confirmed COVID-19 cases and more than 56,000 deaths, more than 30% of the cases and 40% of the deaths recorded by all of Africa’s 54 countries, according to the Africa Centers for Disease Control and Prevention. South Africa recorded 4,515 new cases over the past 24 hours and Ramaphosa said the “positivity rate” among tests conducted was now “a cause for concern.”

South Africa had been under lockdown level one, the lowest of its five levels, but was now reverting to an “adjusted level two,” Ramaphosa announced. Authorities did stop short of reimposing the strict measures like limits on people’s movements during the day and a ban on the sales of alcohol and tobacco products that were in place at times last year.

South Africa has seen two previous surges in infections, the first in the middle of last year and a second, much worse wave in December and January, when the emergence of a variant pushed infections and deaths to higher levels than the first surge. The virus was currently following “the same trajectory” as those waves, Ramaphosa said.

Experts have warned that this wave, arriving with the Southern Hemisphere winter, might be even worse.

The surge in cases also cast more attention on South Africa’s lagging vaccine rollout. Only around 1.5% of the country’s 60 million people have received a vaccine. Health workers were the No. 1 priority but less than 500,000 of the 1.2 million health workers have been vaccinated with the Johnson & Johnson one-dose shot. South Africa only began vaccinating its elderly citizens two weeks ago. In total, 963,000 South Africans had received a vaccine by Sunday, the government said, although half of those have only received the first of two required doses of the Pfizer-BioNTech vaccine.

South Africa has “secured” more than 50 million vaccines, Ramaphosa said, but currently has only 1.3 million in the country. More Pfizer-BioNTech doses are expected to arrive next week, and weekly after that, he said. South Africa hopes to vaccinate around 40 million people by the end of the year, a target that looks increasingly unlikely.