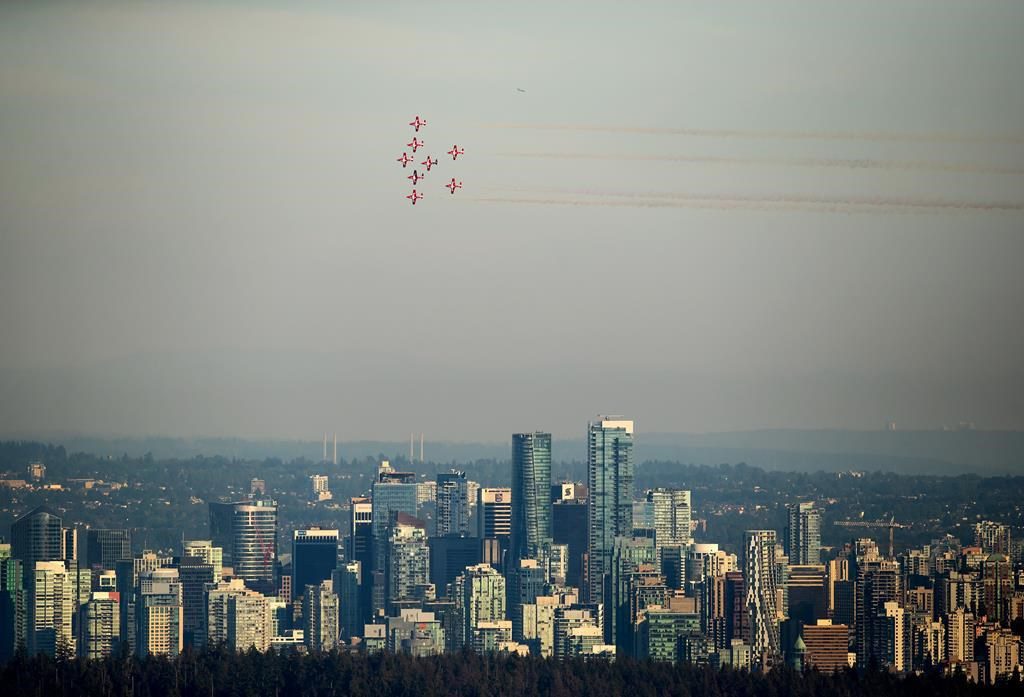 OTTAWA — The Snowbirds have been cleared for takeoff after a crash in B.C. last month forced the military’s famed aerobatics team to cancel appearances at several air shows.

Military investigators say the crash near Fort St. John on Aug. 2 was caused by an improperly assembled oil filter.

The crash happened when one of the Snowbirds’ nearly 60-year-old Tutor jets lost engine power while taking off and crashed into a fence.

No one was injured but the plane sustained serious damage, and the cause of the oil filter problem remains under investigation.

However, investigators say the rest of the team’s Tutor jets are safe to fly.

The Snowbirds were previously grounded in June due to concerns about the parachutes used as part of the ejection systems.

The Snowbirds have lost several other aircraft in recent years, including a crash in Kamloops, B.C., in May 2020 that killed Capt. Jenn Casey.

Investigators later determined that the crash was caused by a bird flying into the jet’s engine while it was taking off.

That crash was the second in less than eight months after another Tutor went down in the U.S. state of Georgia in October 2019.

A flight investigation found a problem with that plane’s fuel-delivery system, while flagging concerns with the ejection system.

Similar concerns about the ejection system were raised by investigators after the Kamloops crash.

The Defence Department says it plans to keep flying the Tutor fleet through 2030.