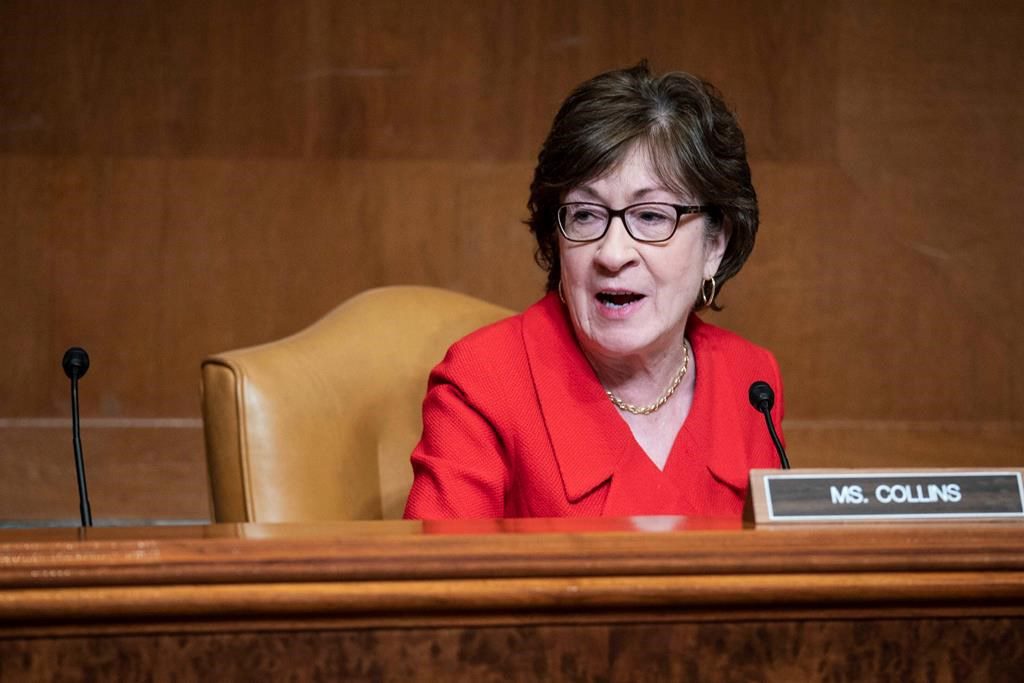 WASHINGTON â€” Congressional Democrats are moving to reinstate regulations designed to limit potent greenhouse gas emissions from oil and gas fields, as part of a broader effort by the Biden administration to tackle climate change.

The Senate approved a resolution Wednesday that would undo an environmental rollback by President Donald Trump that relaxed requirements of a 2016 Obama administration rule targeting methane emissions from oil and gas drilling.

The resolution was approved, 52-42. Three Republican senators â€” Susan Collins of Maine, Lindsey Graham of South Carolina and Rob Portman of Ohio â€” joined Democrats to approve the measure, which only needed a needed a simple majority under Senate rules.

The legislation now goes to the Democratic-controlled House, where it is expected to win approval.

Democrats and environmentalists called it one of the Trump administration’s most egregious actions to deregulate U.S. businesses. Methane is a potent greenhouse gas that contributes to global warming, packing a stronger punch in the short term than even carbon dioxide.

Preventing methane leaks at oil and gas sites “is a huge part of how we prevent a 1.5 degree (Celsius) rise in global temperatures,” a key aim of the climate movement, said Sen. Martin Heinrich, D-N.M.

Heinrich, a member of the Senate Energy and Natural Resources Committee, co-sponsored the resolution under the Congressional Review Act, which allows Congress to overturn certain regulations that have been in place for a short time. The Trump rule was finalized last September.

Heinrich called the resolution "a no-brainer," saying that preventing leaks of methane â€” a type of natural gas â€” will save companies money, put people to work and help prevent global warming.

“I’m surprised and a little disappointed this is not broadly bipartisan,” Heinrich said, noting that many energy companies, including Shell Oil Co., Occidental Petroleum and Cheniere Energy Inc., support reinstatement of the Obama-era rule.

"It’s sort of inertia and dogma at this point" by Republicans to oppose the methane rule, he said in an interview.

Collins, who joined with Democrats to block a GOP-led effort to overturn a similar Obama-era methane rule in 2017, said the move to undo the Trump-era rule would “protect public health and the environment by restoring the tougher standards at EPA that significantly decreased methane emissions."

Graham, who also voted with Democrats in 2017, called methane leaks "unnecessary emissions,” adding that if energy companies "can do something about it, they'll need to do it.”

Capito, the top Republican on the Senate Environment and Public Works Committee, said President Joe Biden "managed to kill thousands of jobs and paralyze America's energy industry with executive orders" soon after taking office, including withdrawal of a permit for the Keystone XL oil pipeline. Another order, freezing new oil and gas leases on federal lands and waters, “is an economic, energy and national security disaster rolled into one,” she said.

The order "moves America from energy independence back to relying on foreign adversaries for energy â€” countries that have much laxer environmental standards,” Capito said. She called the leasing pause part of a looming war against natural gas, a fossil fuel that contributes to global warming, although at a lower rate than coal or oil.

"The forces against natural gas are growing,” she said, adding that many Democrats and environmentalists also oppose coal "or any other energy source that's not blessed by the Green New Deal.”

Democrats disputed that notion. The Green New Deal â€” a sweeping but nonbinding proposal to shift the U.S. economy away from fossil fuels such as oil and coal and replace them with renewable sources such as wind and solar power â€” has not been approved in either the House or the Senate.

David Doniger, a climate and clean-energy expert at the Natural Resources Defence Council, said natural gas has "significant leakage" at every stage in the production process, from drilling to movement through pipelines.

Doniger called the Trump administration's rollback "a free pass for America's oil and gas companies to keep leaking,” adding, "If you are looking for fast relief from the worst effects of global warming, then methane control is high on your list.”

Repealing the Trump rule not only is beneficial in itself, Doniger said, but it also will send a strong signal that "America is back on course" in the fight against climate change, “and this Congress wants to get action done on climate.”

Heinrich and other Democrats said the methane vote is the first of many steps Congress will take to address climate change.

"Under this Democratic majority, the Senate will be a place where we take decisive, ambitious and effective action against climate change,” said Senate Majority Leader Chuck Schumer, D-N.Y.

The U.S. needs to "build credibility on the world stage" on climate change following "four years of inaction and hostility to climate policy" under Trump, Heinrich said.

Congressional approval of the methane rule will help Biden at a U.N. conference on climate change, scheduled for November in Scotland, Democrats said. The votes would tell other countries that, "we’re not just rejoining (the Paris climate accord) but we will lead the world on climate,” Heinrich said.