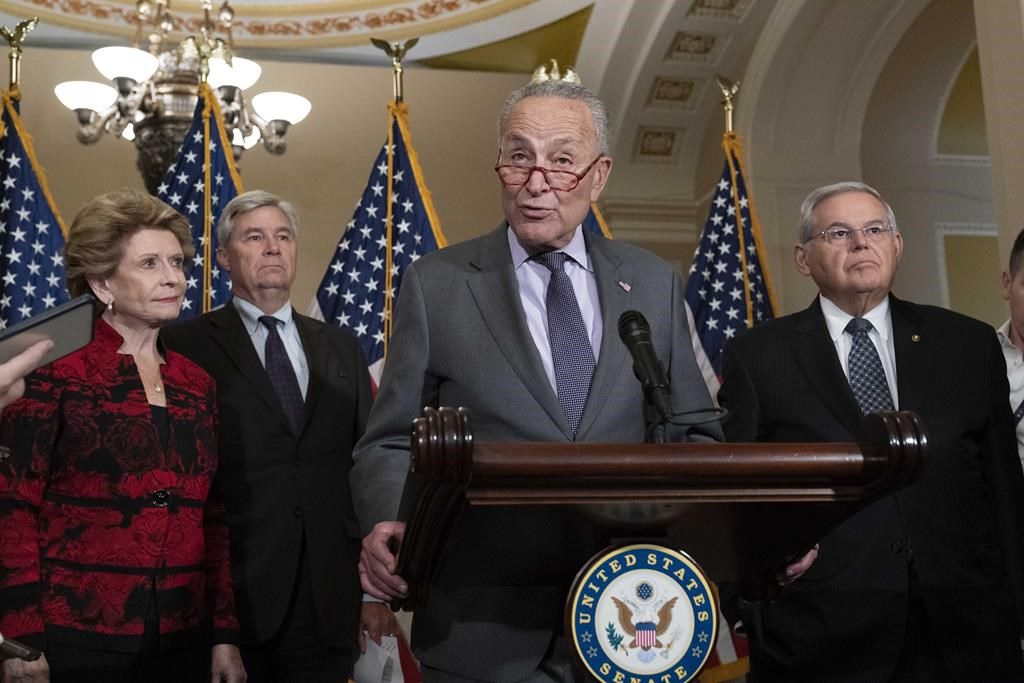 WASHINGTON (AP) — In a major action to address climate change, the Senate on Wednesday ratified an international agreement that compels the United States and other countries to limit use of hydrofluorocarbons, highly potent greenhouse gases commonly used in refrigeration and air conditioning that are far more powerful than carbon dioxide.

The so-called Kigali Amendment to the 1987 Montreal Protocol on ozone pollution requires participating nations to phase down production and use of hydrofluorocarbons, also known as HFCs, by 85% over the next 14 years, as part of a global phaseout intended to slow climate change.

The Senate approved the treaty, 69-27, above the two-thirds margin required for ratification.

HFCs are considered a major driver of global warming and are being targeted worldwide. Nearly 200 nations reached a deal in 2016 in Kigali, Rwanda, to limit HFCs and find substitutes more friendly to the atmosphere. More than 130 nations, including China, India and Russia, have formally ratified the agreement, which scientists say could help the world avoid a half-degree Celsius of global warming.

President Joe Biden pledged to embrace the Kigali deal during the 2020 presidential campaign and submitted the agreement to the Senate last year, months after the Environmental Protection Agency proposed a rule that would limit U.S. production and use of HFCs in line with Kigali. The EPA rule, in turn, followed a 2020 law passed by Congress authorizing a 15-year phaseout of HFCs in the U.S.

“The Kigali Amendment will be one of the most significant bipartisan measures the Senate takes on all year,” said Senate Majority Leader Chuck Schumer, D-N.Y.

By ratifying the treaty, “not only will we protect our planet,” Schumer said Tuesday, but senators also will provide “a golden opportunity to help American businesses dominate in an emerging (global) business” of refrigerants that do not rely on HFCs.

“If we fail to ratify the amendment, the rest of the world is going to move on without us,” Schumer said. “Without Kigali, we’re going to play second fiddle to nations like China, whose businesses will surpass ours in developing viable HFC alternatives, taking jobs that by all rights belong here in America.”

The U.S. Chamber of Commerce also urged approval, calling the amendment “a win for the economy and the environment.”

Senate ratification “would enhance the competitiveness of U.S. manufacturers working to develop alternative technologies, and level the global economic playing field,” the group said in a letter to the Senate.

Ratification of the amendment “would continue the important, bipartisan action Congress took in 2020 with passage of the American Innovation and Manufacturing Act, which phased out domestic HFC manufacturing,” said Jack Howard, the chamber’s senior vice president for government affairs.

Chris Jahn, president and CEO of the American Chemistry Council, an industry group, called the amendment a “tremendous market opportunity for our members to take advantage of game-changing technologies” that allow refrigeration in a more environmentally responsible manner than HFCs.

“”This is one of those truly rare things you get in the policy world where it is a win-win” for the environment and business, he said in an interview.

Every year, millions of refrigerators and air conditioning units are sold around the world, and U.S. businesses are prepared to meet that demand, Jahn said, citing growing markets in Asia, South America and Europe.

David Doniger, a senior climate and clean energy official with the Natural Resources Defense Council, said the Kigali Amendment builds on the the 1987 Montreal Protocol, which he called “the world’s most successful environmental treaty.″ He said “the ozone is on the mend because the world took action to eliminate″ chlorofluorocarbons, also known as CFCs, and other ozone-destroying chemicals, Doniger said.

The next logical step is to replace HFCs with safer, commercially available alternatives, Doniger said.

Democratic Sen. Tom Carper of Delaware, chairman of the Senate Environment and Public Works Committee, said ratification of the Kigali Amendment would “unleash billions of dollars in U.S. economic benefits and create some 150,000 American jobs by 2027.”

Carper and Sen. John Kennedy, R-La., pushed for the 2020 law phasing out HFCs, saying it would give U.S. companies the regulatory certainty needed to produce alternative coolants. Both men represent states that are home to chemical companies that produce the alternative refrigerants.

Follow AP’s coverage of the climate and environment at https://apnews.com/hub/climate-and-environment