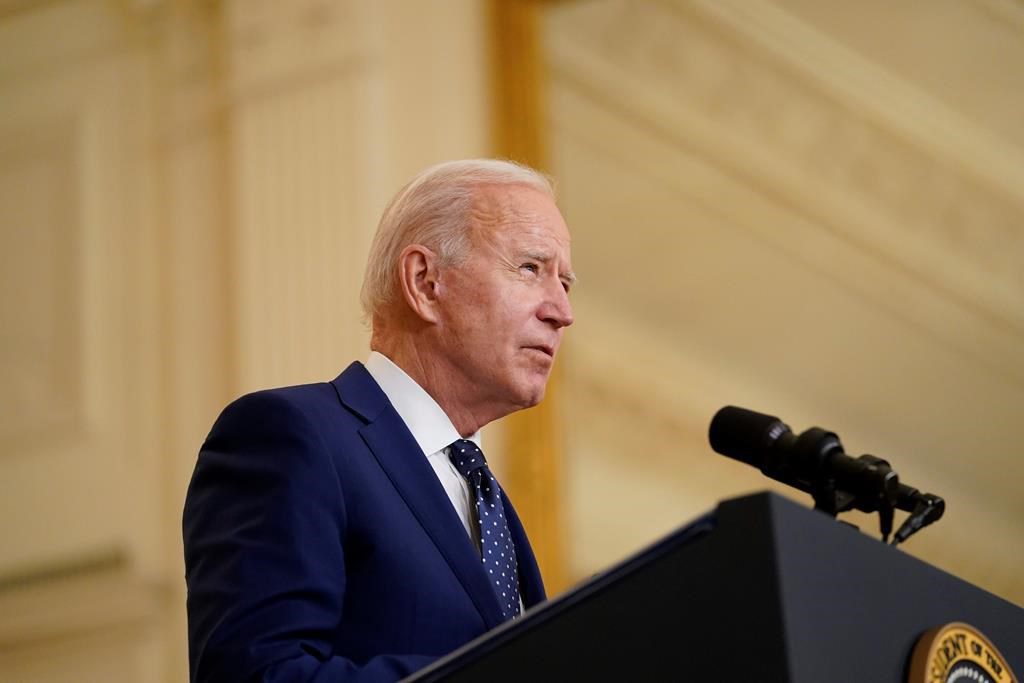 RIO DE JANEIRO â€” More than a dozen Senate Democrats sent a letter to U.S. President Joe Biden on Friday complaining of a woeful environmental track record by his Brazilian counterpart, Jair Bolsonaro, and urging him to condition any support for Amazon preservation on significant progress reducing deforestation.

The letter was signed by senators including Patrick Leahy, chairman of the Appropriations Committee, and Bob Menendez, chairman of the Foreign Relations Committee. It comes just days before Biden is expected to meet with Bolsonaro and other foreign leaders at a U.S.-organized climate summit that was a major plank of his campaign pledge to more aggressively fight climate change.

The letter seems aimed at curtailing a fledgling bid by Bolsonaro, a far-right climate skeptic who was a staunch ally of former President Donald Trump, to refashion himself as a willing partner of Biden on the environment in the hopes of securing billions of dollars in foreign aid to promote sustainable development in the Amazon.

The senators warn that failure to slow deforestation will also affect their willingness to support Brazil's bid to join the Paris-based Organization for Economic Cooperation and Development â€” a long-sought goal of Bolsonaro.

The 15 senators, who also include former presidential candidates Bernie Sanders and Elizabeth Warren, said they support co-operation on the Amazon between the U.S. and Brazilian governments, but questioned Bolsonaro's credibility.

"President Bolsonaro's rhetoric and policies have effectively given a green light to the dangerous criminals operating in the Amazon, allowing them to dramatically expand their activities, " the senators wrote in the letter obtained by The Associated Press, citing recent reporting on abuses by Human Rights Watch.

A U.S.-Brazil partnership "can only be possible if the Bolsonaro administration begins to take Brazil's climate commitments seriously â€” and only if it protects, supports, and engages meaningfully with the many Brazilians who can help the country fulfil them," the lawmakers add.

Bolsonaro has sided with powerful agrobusiness interests, cast aspersions on environmental activists and snarled at European leaders who decried deforestation in the Amazon as destruction of the world’s largest rainforest has surged toward its worst level since 2008.

On the campaign trail, Biden proposed countries provide Brazil with $20 billion to fight deforestation and said the country should face repercussions if it fails. At the time, Bolsonaro labeled Biden's comments as "regrettable" and "disastrous."

Bilateral talks on the environment with Brazil began on Feb. 17, led by Biden's special climate envoy, John Kerry, The two sides have held regular technical meetings in the run-up to the April 22-23 climate summit, which is taking place online due to the coronavirus pandemic.

Brazil is striving to show its shift in rhetoric amounts to more than empty talk.

In a seven-page letter addressed to Biden on April 14, Bolsonaro recognized that his government needs to boost its performance curtailing illegal logging. He also said he supports sustainable development with economic alternatives for the region's impoverished residents and that he is committed to eliminating illegal deforestation by 2030.

To accomplish those goals, he said Brazil will require outside resources, adding that aid from the U.S. government would be "very welcome."

Rubens Barbosa, a former Brazilian ambassador to the U.S., said it remains to be seen whether the tone of Bolsonaro’s letter will match his speech at the summit.

Brazil’s Environment Minister Ricardo Salles recently told reporters he is seeking $1 billion in foreign assistance to support efforts to reduce deforestation by 30% to 40% in 12 months and that, without that sum, he would be unable to set a target. Brazilian spending to protect the environment has been sliding for years, and under Bolsonaro plunged another 25% this year, the lowest level in two decades.

The ministry didn’t respond to an AP request for comment about its proposals.

The U.S. senators argue Biden must see success before writing a check. They argue Bolsonaro has derided the environmental regulator and sabotaged its enforcement capabilities, sought to weaken protections for Indigenous territories, exhibited contempt for environmentalists and been reluctant to curb lawlessness that fuels destruction and violence.

"Any U.S. assistance to Brazil related to the Amazon should be conditioned on the Brazilian government making significant, sustainable progress in two critical areas: reducing deforestation and ending impunity for environmental crimes and violence against forest defenders," the senators wrote.

Climatologists have warned that continued deforestation will push the Amazon beyond a tipping point, and its subsequent decomposition would release hundreds of billions of tons of carbon dioxide, making the Paris Agreement's climate goals even harder to achieve.

However, Brazil has shown itself capable of driving down Amazon deforestation in the past, having reached all-time low in 2012. That started ticking upwards in the years thereafter, then exploded in the first year of Bolsonaro's administration and rose again last year.

Amid outcry from European governments and threats of divestment by institutional investors, Bolsonaro in 2019 placed the army in charge of tamping down deforestation, despite experts’ criticism that soldiers are both costly and untrained for such missions.

Preliminary data indicates deforestation has started declining from its record level, though it remains well above the average of the preceding decade. Vice-President Hamilton MourÃ£o, a general who leads the program, announced earlier that the army-led program will end at the end of April, returning enforcement duties to environmental agencies.

"Brazilian officials have been scrambling to present Bolsonaro as a committed ally of the Biden administration on climate issues," said Daniel Wilkinson, who runs Human Rights Watch's environmental program. "His new climate-friendly rhetoric simply cannot â€” and should not â€” be taken seriously in the absence of actual results."

The senators’ rebuke comes amid a flurry of domestic efforts in Brazil to cast Bolsonaro's administration as a bad-faith negotiator.

More than 200 nongovernment organizations and networks signed a letter that said climate negotiations with the U.S. and other foreign governments are taking place out of the public view and that no Amazon solutions can be expected from closed-door meetings. They said talks shouldn't advance until Brazil has cut deforestation rates.

A video produced by the Association of Brazil's Indigenous Peoples also warned Biden not to trust Bolsonaro to negotiate the Amazon's future.

Barbosa, who was Brazil's ambassador to the U.S. for both centre-right and leftist governments from 1999 to 2004, said Bolsonaro will face difficulty overcoming the "credibility gap" created by his newfound discourse about fighting deforestation and the negative results of the last few years.

"Those two things must be reconciled," he said. "Until then, no one will enter into serious negotiations with Brazil to transfer resources."