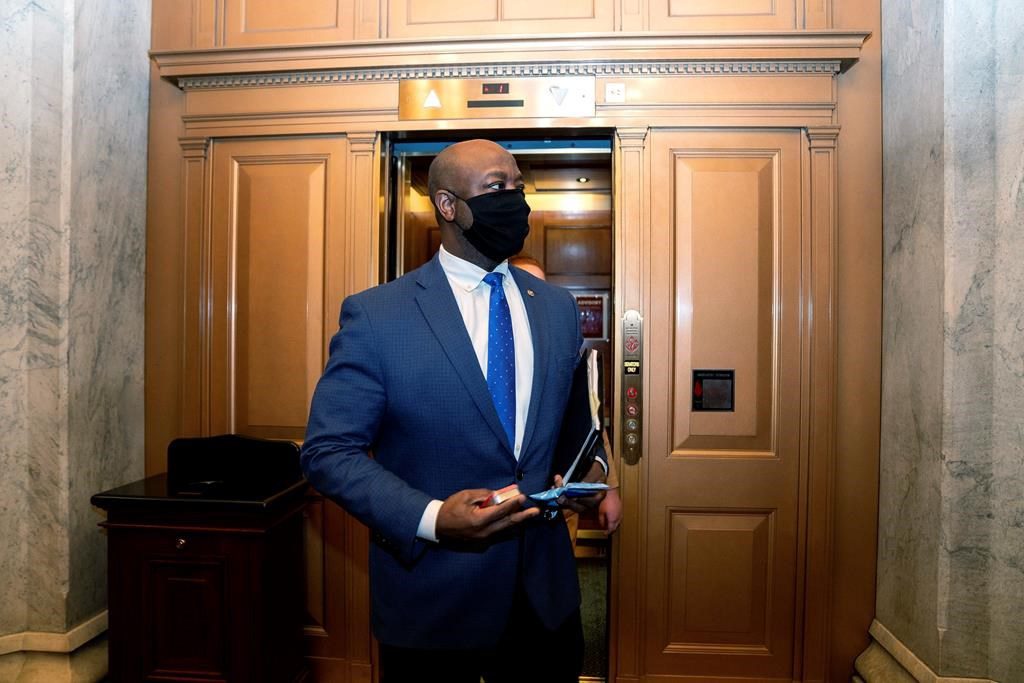 Scott, who is the only Black Republican in the Senate, will serve as the face of the party after Biden addresses the nation Wednesday. Considered a potential 2024 presidential candidate, Scott is a leading GOP voice on race and criminal justice reform, and he is popular with both the pro-Donald Trump and moderate wings of the party.

The selection underscores the party’s efforts to unite and expand its appeal after a bruising 2020 cycle that saw them lose the White House and both chambers of Congress.

"Senator Tim Scott is not just one of the strongest leaders in our Senate Republican Conference. He is one of the most inspiring and unifying leaders in our nation,” Senate Republican leader Mitch McConnell said in a statement announcing the selection. "As Sen. Scott likes to say, he is living his mother's American dream, and he has dedicated his career to creating more opportunity for our fellow citizens who need it most.”

Biden is set to address lawmakers just before he marks his 100th day in office. The speech â€” much like a State of the Union address, which presidents don’t deliver until their second year in office â€” will give Biden the opportunity to update the American public on his progress and make the case for the $2.3 trillion infrastructure package he unveiled earlier this month.

In a statement, Scott said he was honoured by the selection and looking forward to having "an honest conversation with the American people."

"We face serious challenges on multiple fronts, but I am as confident as I have ever been in the promise and potential of America," he said.

Scott, a senator since 2013 and a former congressman whose grandfather picked cotton as a child, was initially reluctant to focus on race in his political career. But he has increasingly talked about his experiences living as a Black man in America amid a national reckoning over racial injustice and police tactics.

In an interview with The Associated Press last year, he talked in emotional terms about how often he had been pulled over by law enforcement, including for failing to signal early enough for a lane change â€” or, as he called it, stopped for "driving while Black."

"I'm thinking to myself how blessed and lucky I am to have 18 different encounters and to have walked away from each encounter,” he said.