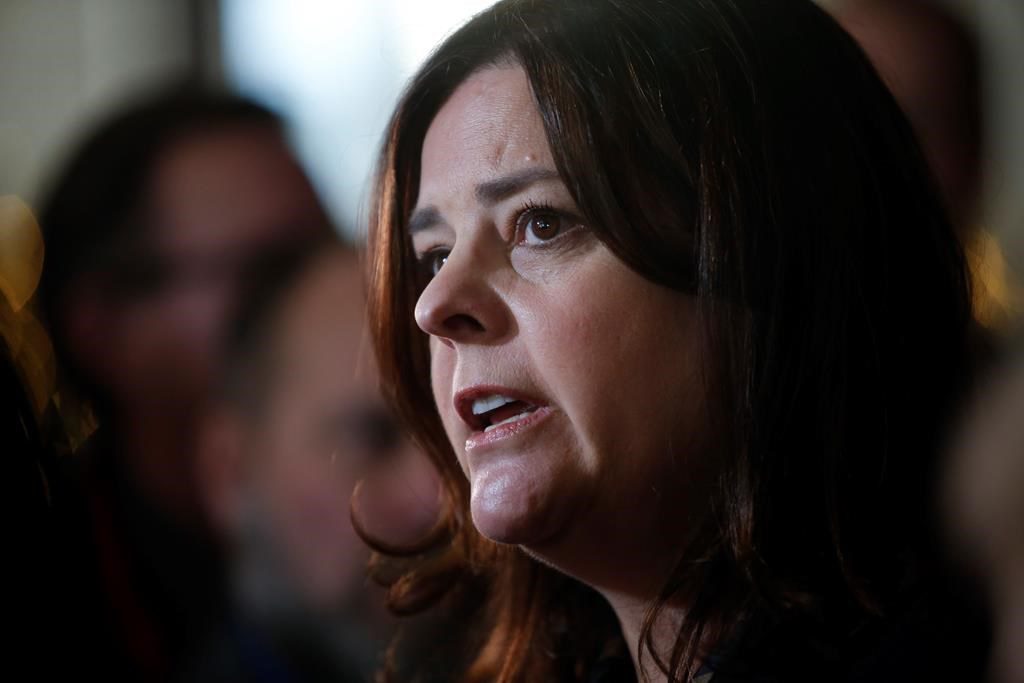 WINNIPEG — The Manitoba government is set to announce a second, bigger round of financial aid to help people deal with the rising cost of living.

Premier Heather Stefanson’s office says the new program will be much more widespread than targeted measures announced last fall and will vary according to people’s income.

The premier’s press secretary, Olivia Billson, says the cost of the program will be close to $200 million, much higher than the first round.

Last fall, the Progressive Conservative government issued cheques to low-income seniors and some families with children under 18.

Stefanson said earlier this week the new round will recognize that everyone is being hit by inflation.

She is to reveal details of the plan Thursday morning in Winnipeg.

The first round of cheques last fall involved fixed amounts.

Those payments cost the province an estimated $80 million.

The province has been running deficits since 2009, with the exception of a small $5-million surplus in 2019 before the COVID-19 pandemic erupted. The Tories have promised to balance the budget by 2028, and are set to receive help from the federal government in the upcoming fiscal year via a 19 per cent jump in equalization payments.

The Opposition New Democrats accused the government of trying to curry favour with an election scheduled for Oct. 3.

“Manitobans are smart enough to know when the premier is trying to buy their vote,” NDP finance critic Mark Wasyliw said in a written statement.

The Tory government has been trailing the NDP in opinion polls for more than two years — ever since the second wave of the pandemic strained hospitals and caused surgery wait times to swell. Dozens of intensive care patients had to be flown to other provinces to free up beds.

This report by The Canadian Press was first published Jan. 25, 2023