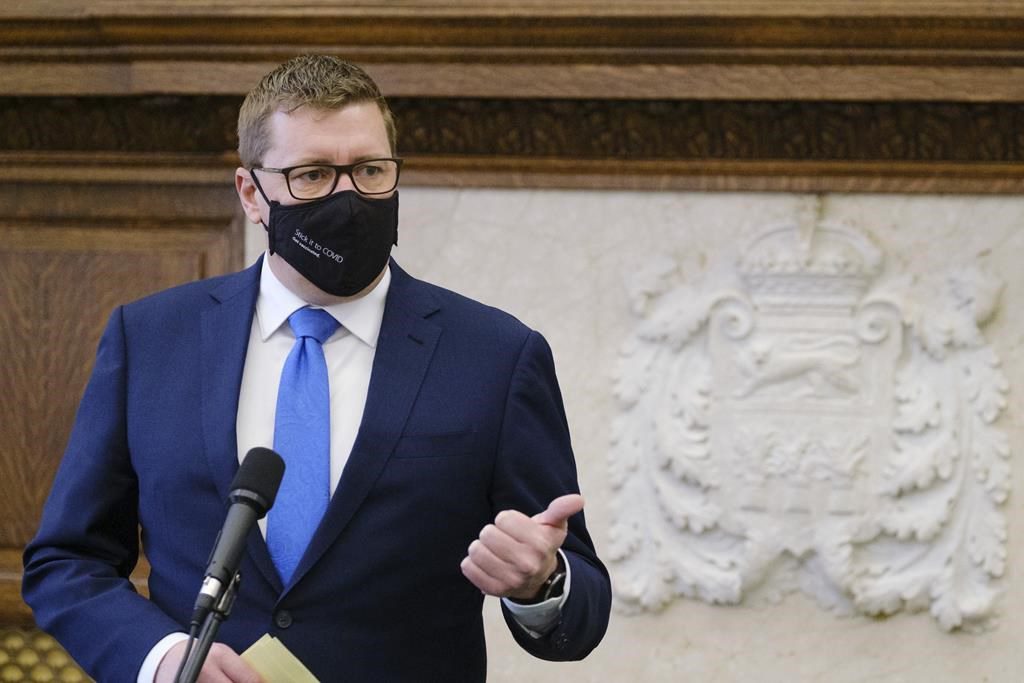 REGINA â€” Saskatchewan truck drivers will now be able to get vaccinated in the United States as the province partners with North Dakota to get out more doses to essential workers regularly crossing the border.

“This extraordinary level of co-operation helps protect more Canadians at a time when vaccine availability in America exceeds that of Canada,” Premier Scott Moe said in a news release Tuesday.

Moe said trade with the U.S. is essential for the economy.

“Protecting the health and safety of essential workers crossing our shared border with Saskatchewan, including truck drivers and energy workers, is vitally important for public health, our economy and the eventual safe reopening of the border,” added North Dakota Gov. Doug Burgum.

The shots provided by the U.S. federal government will be free.

North Dakota is already vaccinating drivers at the Manitoba border. A site near Saskatchewan’s border crossing is to be established soon.

The world’s longest undefended border was first shut down on March 21, 2020, as the COVID-19 pandemic tightened its grip. It was the first such closure since Confederation in 1867.

As of Monday, more than 50 per cent of North Dakota adults had received at least one dose of a vaccine against COVID-19 and more than 40 per cent were fully vaccinated, said the Centers for Disease Control.

Saskatchewan said that as of Tuesday, 39 per cent of people over the age of 18 had received their first dose.

The province announced last week that it would continue to drop the age at which residents can get a vaccination. On Wednesday, people 42 and older across the province and 30 years and older in the northern health region will be eligible. The age will lower further to 40 and older on Friday.

Moe made a plea to younger people in the province to remain vigilant until they are able to get vaccinated.

“To everyone in this province who would be under the age of 40: We are going to get you a vaccine as soon as you are able, but in the meantime I would ask you to be careful."

The third wave of the pandemic has put significant pressure on the province’s health-care system with more younger people ending up in the hospital and intensive-care units.

The premier, however, said there are no current plants to tighten restrictions further.

Health officials reported 224 new COVID-19 infections and six additional deaths Tuesday. There are 186 people in hospital, 42 are in intensive care.

Health Minister Paul Merriman said he is hopeful immunizations will continue to expand as vaccine capacity grows in coming weeks.

“We are limited by our vaccine supply, but as larger volumes of vaccine arrive, we are taking an aggressive approach to getting shots in the arms of as many residents as possible as quickly as possible.”