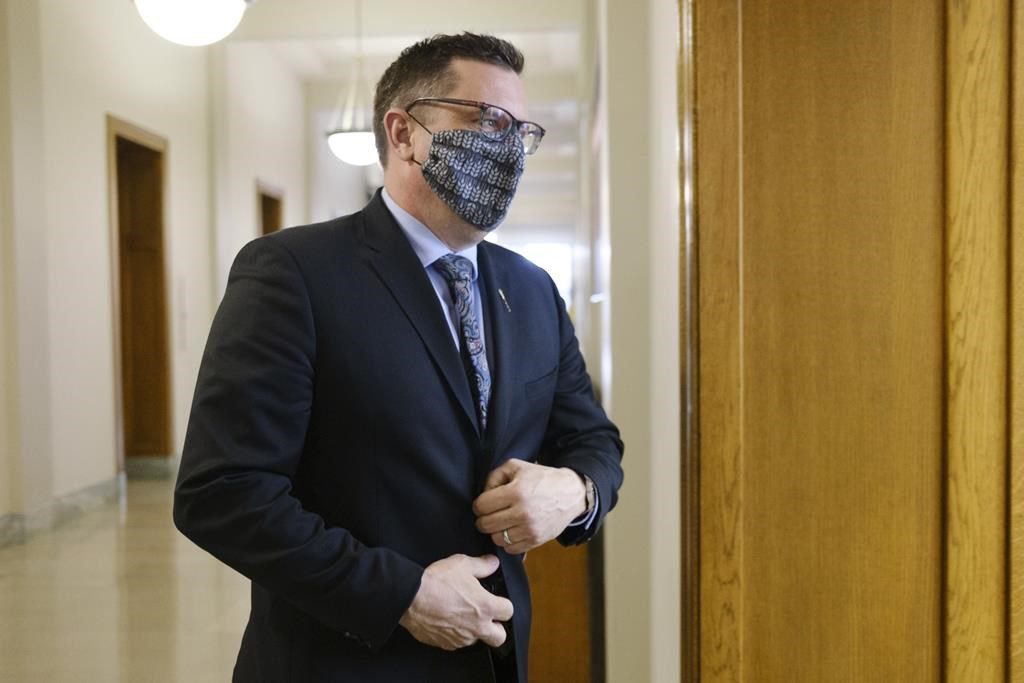 REGINA â€” Police, firefighters and health inspectors in Saskatchewan will soon be able to get COVID-19 vaccinations through mobile units.

The government says first responders are next in line for doses after the current priority populations, which include people in group homes and shelters, get their vaccinations.

“We are able to utilize our mobile vaccination unit capacity to target those first responders that are assisting in enforcement of our public-health orders,” said Health Minister Paul Merriman in a news release Monday.

Merriman said it's important to reduce transmission in those supporting the pandemic response.

Saskatchewan reported 300 new cases of COVID-19 and one more death of a person in their 60s.  Ninety-six of the new infections are in Regina, which is a hotspot for variants of concern.

Police officers in the capital city began receiving doses of vaccines over the weekend.

The province has been encouraging people to get vaccinations, as infections have surged and are putting pressure on the health-care system.

Merriman said pharmacists are also to begin offering vaccines on April 26 or earlier, depending on supply. Anyone who works in pharmacies and will be providing doses can also get access to the vaccine.

“We know there will be an increased risk of exposure to those front-line staff working in those facilities,”  Merriman said.

The province said 290,921 doses of vaccine have now been administered in Saskatchewan.