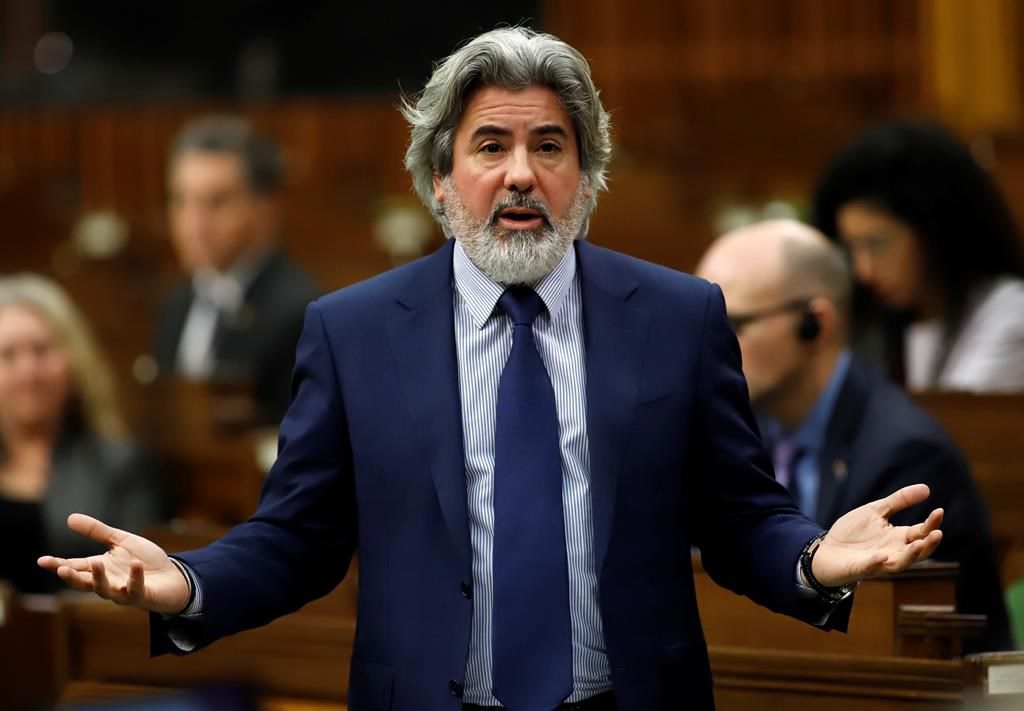 OTTAWA â€” Misadventures with webcams continued today in the House of Commons.

He appeared to be upset that someone had directed Defence Minister Harjit Sajjan to respond to a question about the cancellation of a defence committee meeting earlier in the day, rather than the committee’s chair, Liberal MP Karen McCrimmon.

Rodriguez, who was participating virtually in the proceedings, had not muted himself so his salty language was heard by everyone tuned into question period.

“Oh f—, did you send that to Sajjan?” he could be heard saying.

Commons Speaker Anthony Rota said the House deserved an apology by whomever uttered the remark; Rodriguez immediately owned up to being the source of the “unacceptable” language and apologized.

Earlier in question period, Rota had to remind MPs to put themselves on mute when not recognized by him to address the Commons.

The reminder came after a heated exchange between Canadian Heritage Minister Steven Guilbeault and Conservative MP Rachael Harder, who accused the minister of proposing to censor free speech on the internet.

Guilbeault, in turn, called Harder’s professed concern about Canadians’ charter rights “incredibly hypocritical,” suggesting she wouldn’t hesitate to remove a woman’s right to choose to have an abortion.

“Unbelievable,” commented Conservative MP Karen Vecchio, whose image popped up briefly on the screen, her camera activated by her outburst.

Vecchio’s remark prompted Rota to chide MPs about the need to be on mute as a show of respect for one another. However, he was informed that those participating virtually in the proceedings could not hear him.

“The technician had to resort to muting everyone, including the Speaker, which is not a good way to run a chamber, I’m sure you’ll all agree,” Rota said.

Last month, Liberal MP William Amos inadvertently flashed fellow parliamentarians as he changed clothes after jogging, not realizing his webcam was on. He has apologized for the incident, which was seen only on an internal parliamentary feed of proceedings.

Bloc QuÃ©bÃ©cois MP Sebastien Lemire has apologized for taking a screenshot of the naked Amos, which was subsequently leaked to the media and circulated online around the globe.