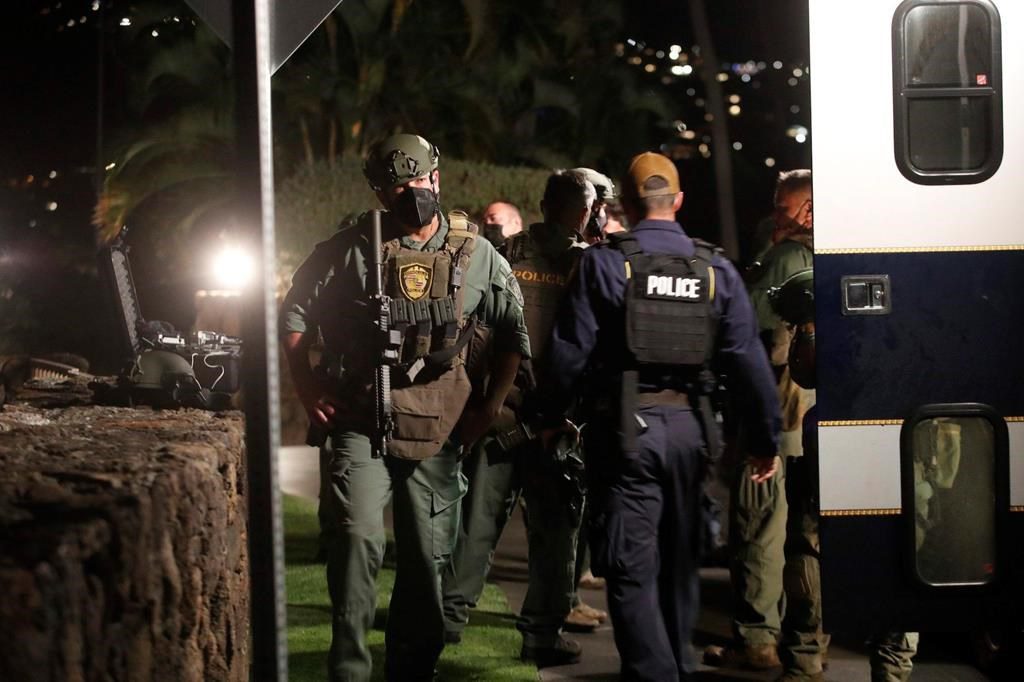 HONOLULU â€” The Honolulu Medical Examiner’s office on Monday identified the U.S. Navy sailor who shot and killed himself at a luxury resort after a standoff with police over the weekend.

Russell Cruz, 40, of Kailua, Hawaii, died of a gunshot wound to the head, the medical examiner’s office said. The Navy was still notifying relatives Monday and hadn’t released his identity, said Cmdr. Cindy Fields, a spokesperson for the U.S. Pacific Fleet submarine force.

She said in a statement Sunday: "We can confirm that a Sailor assigned to the Pacific Submarine Force is deceased. We are deeply saddened by the loss of a shipmate. Our thoughts and condolences go out to the Sailor's family and friends."

Tommy Aiu, a former federal law enforcement officer, had a 5:45 p.m. Saturday reservation for Kahala Hotel & Resort’s seafood buffet when police on the beach side of the property started clearing people from the pool and other areas.

Police ushered people into a ballroom, where resort workers provided blankets and food including prime rib and sashimi to about 100 people, Aiu said. "They lived up to their five-star rating," he said. "They took very good care of us."

Police told him there was a possible suicidal person in a room on the fourth-floor that they had brought in a negotiator. A family member also tried to help, Aiu said.

Shots were fired at around 6 p.m., Saturday according to police. Hotel security staff went up to the room where the man was located and knocked on the door. He then fired through the door multiple times, police said.

No one outside the door was hurt, Honolulu police Capt. Brian Lynch told news outlets.

Corey Funai had just parked at the hotel to meet up with friends when an officer began yelling from a balcony to get inside Saturday. Funai feared a mass shooting. "With everything in the news on the mainland, I thought it might be something like that," he said. "But that doesn’t happen in Hawaii very often."

People were mostly calm, even when they saw SWAT teams, Funai said.

He dozed off on a sofa until hotel workers allowed people to leave 10 at a time at about midnight.

"It was so pleasant, you almost forgot someone was in trauma," Funai said. "To find out the next morning the guy killed himself â€” that was so heavy."

This version corrects Fields’ title and adds her rank.