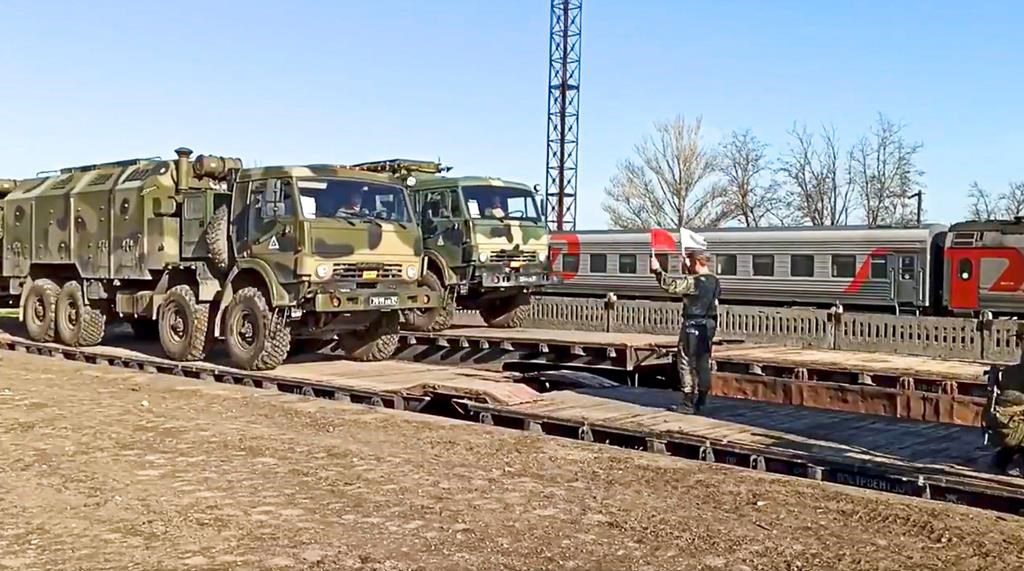 MOSCOW â€” The Russian military said Thursday that its troops have returned to their permanent bases after concluding massive drills near Ukraine that alarmed Western countries.

Gen. Valery Gerasimov, the chief of the military’s General Staff, said that more than 300,000 troops, nearly one-third of the nation’s 1 million member military, took part in the exercise earlier this month. Speaking during a meeting with the top military brass to discuss the drills, he noted that they involved 35,000 combat vehicles, about 900 aircraft and 180 navy ships.

The commander of the Western Military District, Col. Gen. Alexander Zhuravlev, reported that most of his troops are now back at their garrisons, and just one trainload of troops was still on its way to their home base.

The troop buildup in Russia’s south and southwest near the Ukrainian border worried the West, which urged Moscow to withdraw its forces. Russian Defence Minister Sergei Shoigu ordered the troops pullback last week after watching major manoeuvrs in Crimea, but emphasized that the move had nothing to do with Western calls he rejected as inappropriate.

Russia annexed the Black Sea’s Crimean Peninsula from Ukraine in March 2014 following the ouster of Ukraine’s Moscow-friendly president and then threw its weight behind separatist rebels in eastern Ukraine. More than 14,000 people have been killed in seven years of fighting, which devastated Ukraine’s eastern industrial heartland called Donbas.

A 2015 peace deal brokered by France and Germany helped end large-scale battles, but skirmishes have continued along the line of contact and a political settlement has stalled. Ukraine and the West have accused Russia of shoring up the rebels with troops and weapons â€” allegations that Moscow has denied.

The Kremlin sternly warned the Ukrainian authorities against trying to reclaim control of the rebel east by force, saying it could be pushed to intervene to protect civilians there.