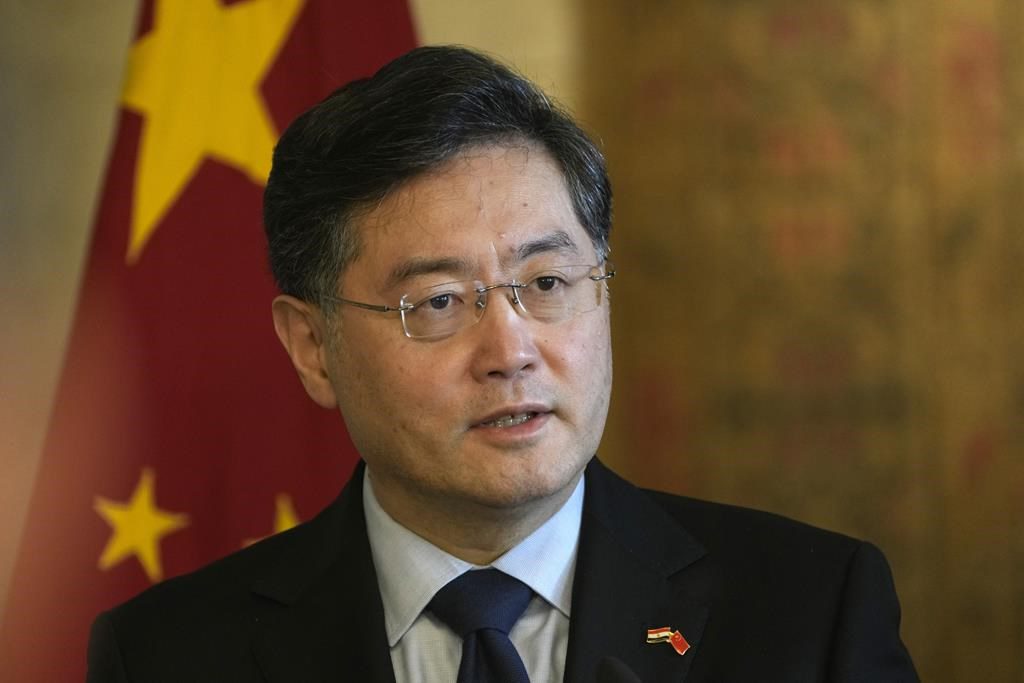 CAIRO (AP) — China’s chief diplomat was in Cairo Sunday for talks with Egyptian and Arab League officials, marking his last stop in a multi-leg trip to Africa that aims to consolidate Beijing’s footprint across the resource-rich continent.

In a joint news conference, Foreign Minister Shoukry said the talks addressed Sino-Egyptian relations and increasing Chinese tourism to the Middle Eastern country, which has for years struggled to revive its vital tourism sector.

Both ministers said they also discussed regional issues including the Israeli-Palestinian conflict. Tensions have risen after the return to office last month of Prime Minister Benjamin Netanyahu, who is heading Israel’s most right-wing and religiously conservative government.

Responding to a Chinese reporter’s question, Qin urged Israel to “stop incitements and provocations, and to refrain from taking uniliteral actions that could worsen the situation.”

He also called for “maintaining the status quo” at Jerusalem’s most important holy site, after an ultranationalist Israeli Cabinet minister visited it earlier this year. That visit drew fierce condemnation from across the Muslim world and a strong rebuke from the United States.

In his meeting with el-Sissi, the Chinese foreign minister said Beijing would continue to develop its investment in Egypt’s infrastructure projects including those with links to China’s Belt and Road initiative.

China has invested billions of dollars in Egyptian state-led projects such as the Suez Canal Economic Zone and the new administrative capital, which is being built east of Cairo.

Qin arrived in Cairo Saturday afternoon. His weeklong trip included Ethiopia, where the African Union headquarters is located, as well as Gabon, Angola and Benin. It was Qin’s first overseas trip since his appointment in December.

His Africa tour came a month after President Joe Biden hosted dozens of African leaders in Washington, pledging government funding and private investment to help the continent develop in the fields of health, infrastructure, business and technology.

For more than three decades, China’s foreign ministers have started their terms by visiting Africa, whose growing population as a continent rivals China’s. Beijing has invested heavily in infrastructure in African countries, including roads, energy infrastructure, telecommunications, railways, and hospitals.

Amide the coronavirus pandemic, China raced to provide vaccines to Africa, which received only 1% of global COVID-19 vaccine supplies. China also funded the construction of a new headquarters for the African Center for Disease Control in Ethiopia’s capital, Addis Ababa.