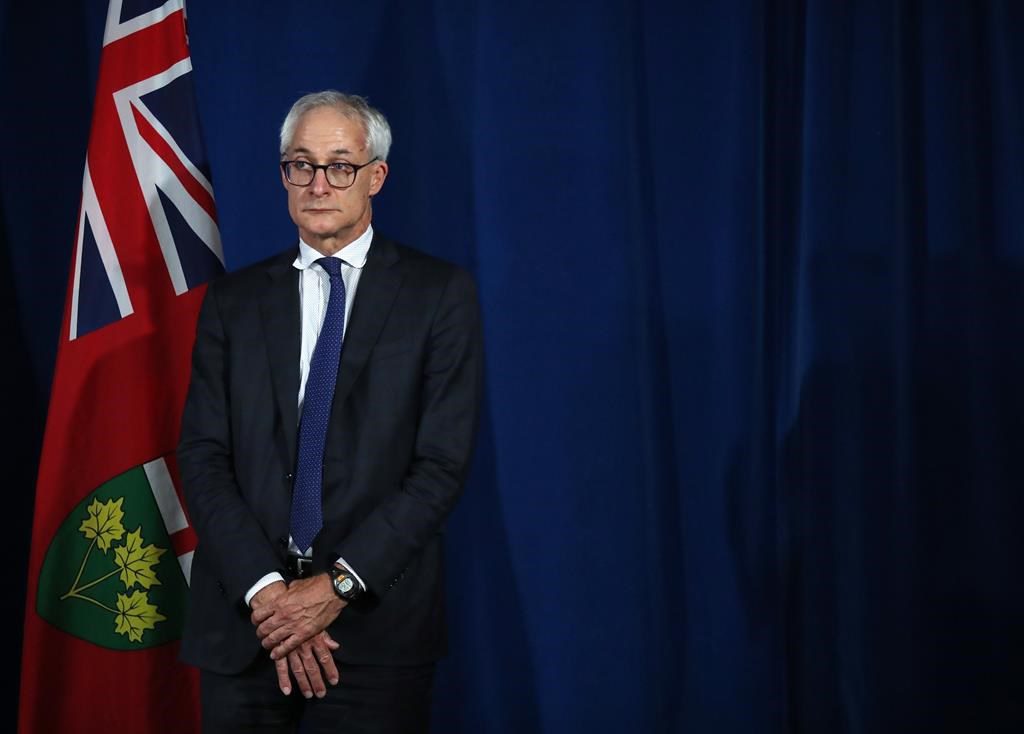 TORONTO â€” An increase in the number of COVID-19 patients dying unexpectedly at home without having called for an ambulance is a troubling new trend that needs further investigation, Ontario’s chief coroner said on Friday.

Why exactly patients who don’t appear to be seriously ill are suddenly taking a drastic turn for the worse has yet to be determined, Dirk Huyer said in an interview.

“They didn’t have severe symptoms that would typically have people go to the hospital,” Huyer said. “It’s still work that we’re trying to work through. It certainly seems that people are passing more quickly than we saw earlier.”

Between April 1 and April 22, coroners have seen 25 cases of people in southern and central Ontario who have died of coronavirus disease at home. Ages of the victims ranged from the late 20s to their late 80s.

“I don’t see a specific factor that I would say, ‘hey, this is something we’ve seen throughout these,'” Huyer said.

While the numbers of home deaths are likely higher â€” Huyer was unable to quantify the increase and statistics for about half the province are not yet available â€” they are still relatively small. As of Friday, Ontario reported 7,863 people have died from COVID-19, with 34 new deaths. An average of more than dozen deaths are being reported daily, most occurring in hospitals.

Coroners have yet to identify a common thread to the home deaths beyond noting the increase.

What’s clear, however, is that something different occurring. Patients who appeared stable and not in needed of hospital care suddenly deteriorated.

“They weren’t situations where an ambulance wasn’t able to attend,” Huyer said. “There was no call-out to ambulances.”

The vast majority of infected patients have, throughout the pandemic, been able to recover at home, sparing hospitals and intensive care units an unmanageable onslaught of admissions. Several major hospitals have set up sophisticated outpatient programs to allow for remote monitoring of the progress of the disease.

Huyer said he wasn’t trying to scare anyone by raising the issue of rising home deaths. His key purpose, he said, was to highlight the seriousness of COVID-19 and to give people information to make more informed choices.