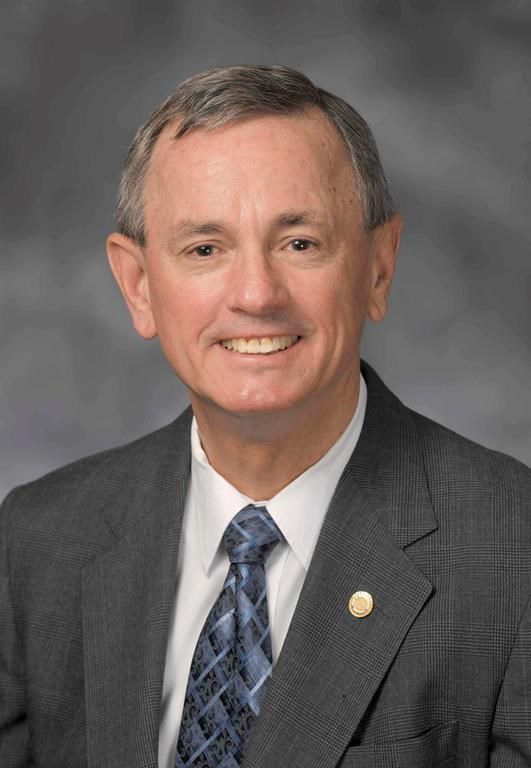 COLUMBIA, Mo. â€” A state House committee report released Monday called for a new Missouri lawmaker's ouster over allegations that he physically and sexually abused his children years ago.

The Missouri House Ethics Committee found the claims against Lee’s Summit Republican Rep. Rick Roeber credible, according to the report.

His now-adult children testified to House investigators earlier this year that he sexually abused two of them at the ages of 5 and 9. Several of his children told investigators that he also frequently beat them with a belt, choked them and once drowned a litter of puppies.

One child who said Roeber was sexually abusive told investigators that "to have someone that you are trusting as your parent to treat you in that manner and to not treat you like a child…take(s) away your innocence."

The committee found records showing that his children reported the abuse around the time it allegedly occurred in the 1990s but that prosecutors never filed charges. It was not immediately known why prosecutors did not file charges.

"The State of Missouri has failed these children for over 20 years," the report stated. "Although this committee cannot change the past, this committee can provide a clear record of Respondent's abusive conduct."

Documents provided to the committee show Roeber appealed a 2003 Division of Family Services report that found probable cause that he was the "perpetrator of sexual maltreatment" to one of his children. His ex-wife told investigators that he appealed because he was applying for a local church position that involved work with children.

The Child Abuse and Neglect Review Board reversed the finding and labeled the claims against Roeber as "unsubstantiated" after a hearing at which neither Roeber’s ex-wife nor her lawyer attended, according to the committee report. Roeber has cited the decision as an exoneration.

Roeber did not immediately respond to an Associated Press request for comment Monday. But he denied to investigators that he ever sexually abused his children.

Roeber also said his children have "parental alienation syndrome," although the committee pointed out in its report he did not provide any evidence to support that claim. He said his adult children are Democrats, implying that they would falsely accuse him of abuse as part of a "political hit."

The Ethics Committee didn’t find Roeber’s testimony to be credible.

The House refused to let Roeber resign last week, which would have meant lawmakers no longer had jurisdiction to investigate him.

Preventing his resignation means the House can consider the Ethics Committee’s recommendation that he be expelled.

The Republican House speaker and Ethics Committee leader last week raised concerns with the Jackson County prosecutor that Roeber currently has weekend visitations with a child, according to records obtained by The Associated Press.

Prosecutor Jean Peters Baker in response said she would contact the Lee's Summit chief of police to "devise a plan" and asked for any reports or transcripts from the committee's investigation so her office can check for potential criminal wrongdoing.