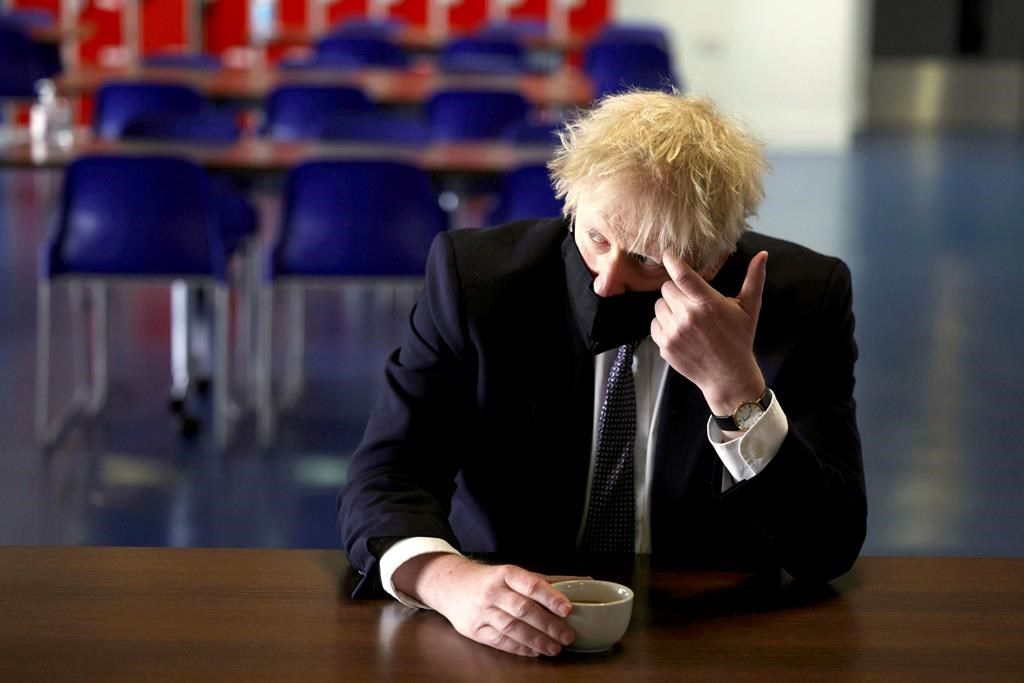 LONDON â€” The British government downplayed allegations Friday of a security risk after it was reported that Prime Minister Boris Johnson's cellphone number was openly available on the internet for 15 years.

Celebrity website Popbitch revealed that the number was on a think-tank press release from 2006, when Johnson was an opposition lawmaker and the Conservative Party's higher education spokesman.

Callers to the number on Friday heard an automated message saying the phone was "switched off” and telling them to try later or to send a text.

The government denied there was a security lapse. Home Office minister Victoria Atkins insisted that the prime minister "knows his responsibilities when it comes to national security." and she criticized media for revealing the fact that the number was in the public domain.

Treasury chief Rishi Sunak said that "as far as I'm aware, all security protocols have been followed."

"Part of what makes the prime minister special is that he is an incredibly approachable individual,” Sunak said.

But former National Security Adviser Peter Ricketts said that if the number was widely available, it could be used for eavesdropping by hostile nations "and possibly other non-state actors as well, like sophisticated criminal gangs."

Johnson is already facing questions about his text and WhatsApp message exchanges with business leaders and lobbyists.

He has denied doing anything wrong when he exchanged text messages with industrialist James Dyson last yaer and promised he would "fix" the tax rules for Dyson if he agreed to make ventilators for the National Health Service.