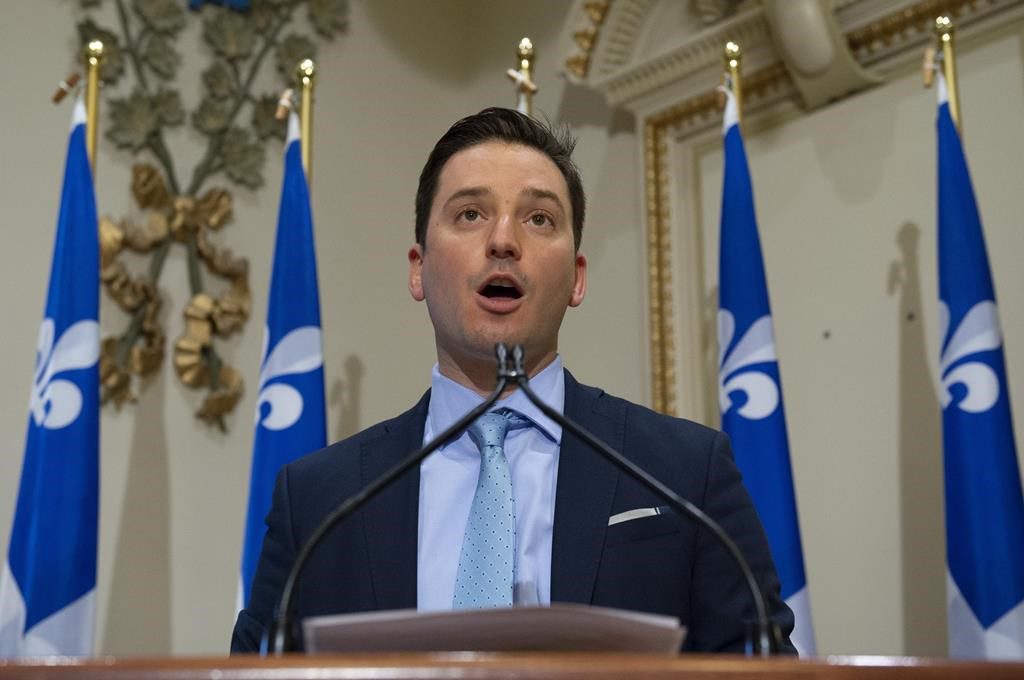 Quebec Superior Court Justice Marc-Andre Blanchard on Tuesday upheld the bulk of the province’s secularism law, known as Bill 21, which bans many public sector workers from wearing religious symbols on the job. Blanchard, however, struck down clauses pertaining to English-language school boards and a ban on members of the provincial legislature wearing face coverings. Quebec has announced it will appeal the ruling.

Here’s a quick look at some of the reaction to the decision:

"Our position has always been that Bill 21 conflicted with our values and our mission and with those of all Quebecers as expressed in the Quebec Charter of Human Rights and Freedoms. Its very adoption was contrary to our societal goal of promoting our peaceful co-existence in a pluralistic and inclusive Quebec." â€” Joe Ortona, chairman, English Montreal School Board.

“The laws of the National Assembly apply throughout Quebec. There is no question of dividing Quebec in the application of Quebec legislation. Quebec is united and it will remain so.” â€” Simon Jolin-Barrette, Quebec justice minister.

"A complex decision was handed down by the Quebec Superior Court that recognizes the inordinate harms done to individuals who wear religious symbols and strikes down certain parts of the law as unconstitutional. The decision also keeps most of the law intact and many of the recognized harms in place." â€” Noa Mendelsohn Aviv, director, equality program, Canadian Civil Liberties Association.

"Well, I’m disappointed with the judgment. I find it illogical. Currently, it is as if secularism and values apply differently to anglophones and francophones. So, in Quebec, we protect the rights of anglophones to receive services in English, but now, that would protect different values for anglophones and francophones. I think that in Quebec, all Quebecers, and for all Quebecers, there must be common values." â€” Francois Legault, Quebec premier.

“A religious symbol is not a diversity, it is a religious choice, it is a religious message. In that judgment, and in general, there is a tendency in Canada to treat religious signs as an intrinsic part of the body or the person itself.” â€” Paul St-Pierre Plamondon, Parti Quebecois leader.

"Quebecers who wear religious symbols such as the hijab, the kippa or the turban have been second-class citizens for 674 days. The decision today by the Superior Court of Quebec puts an end to this situation for some Quebecers, but not for all." â€” Yusuf Faqiri, Quebec director, public affairs, National Council of Canadian Muslims.

"I'm 100 per cent sure it'll be appealed to the Supreme Court where I think it will go down and I don't support the idea of discrimination against people on the basis of race, creed or colour and I believe that the charter is clear on that enough that I disagree with the Quebec court on the decision." â€” Brian Pallister, Manitoba premier.

“The result of the Legault government’s Law 21 is: Do you want your fundamental rights respected? Go work in English! Ouch, that hurts. Bill 21 is a law that is discriminatory that simply shouldn’t be there.” â€” Manon Masse, co-spokesperson, Quebec solidaire, via Twitter.