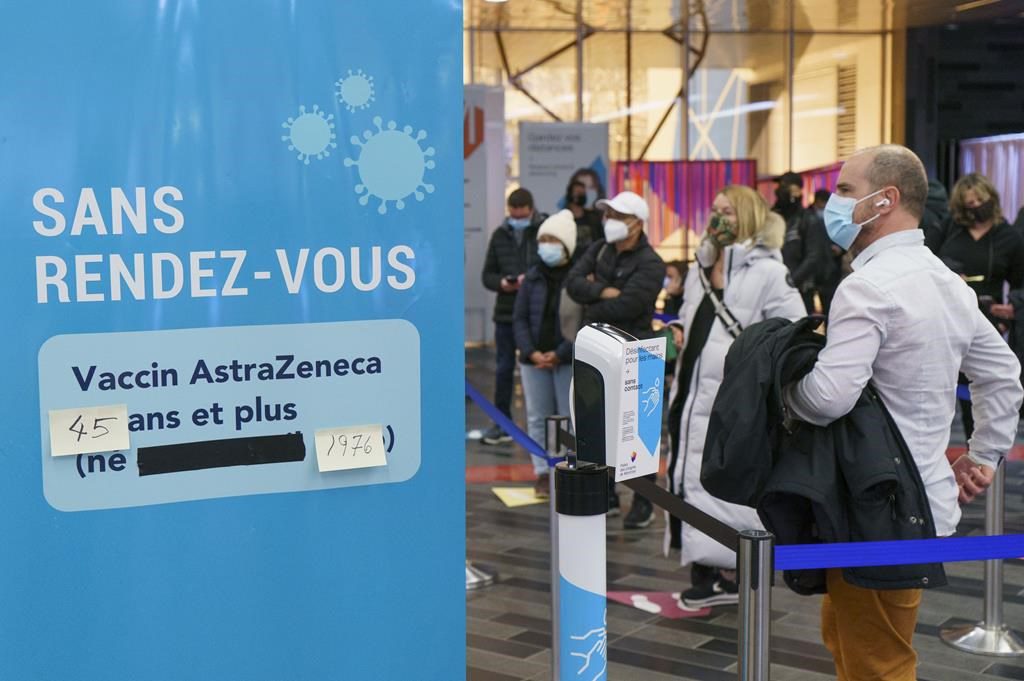 MONTREAL â€” Quebec has hit another daily record for COVID-19 vaccinations and the province’s health minister says the government is halfway to its June 24 vaccination goal.

The province administered 88,000 shots on Thursday, surpassing the 85,000 vaccinations from a day earlier.

Health Minister Christian Dube said Friday on Twitter the province has administered 2.6 million first doses â€” 50 per cent of the goal of getting 5.3 million adults their first shot by the Fete nationale holiday.

The province reported 1,043 new cases of COVID-19 Friday â€” the lowest number of new daily cases since March 30 â€” and 15 more deaths attributed to the novel coronavirus, including six in the previous 24 hours.

Health officials said hospitalizations dropped by 27, to 684, and 172 people were in intensive care, a drop of two.

The report, dated April 12, said the committee was concerned about the percentage of unvaccinated health-care workers in the long-term care network. It said it feared the workers could carry the virus into facilities and infect vulnerable residents who haven’t been fully vaccinated.

As of April 11, 57 per cent of long-term care workers had received at least one dose of vaccine. The committee said more needs to be done to encourage workers to be vaccinated.