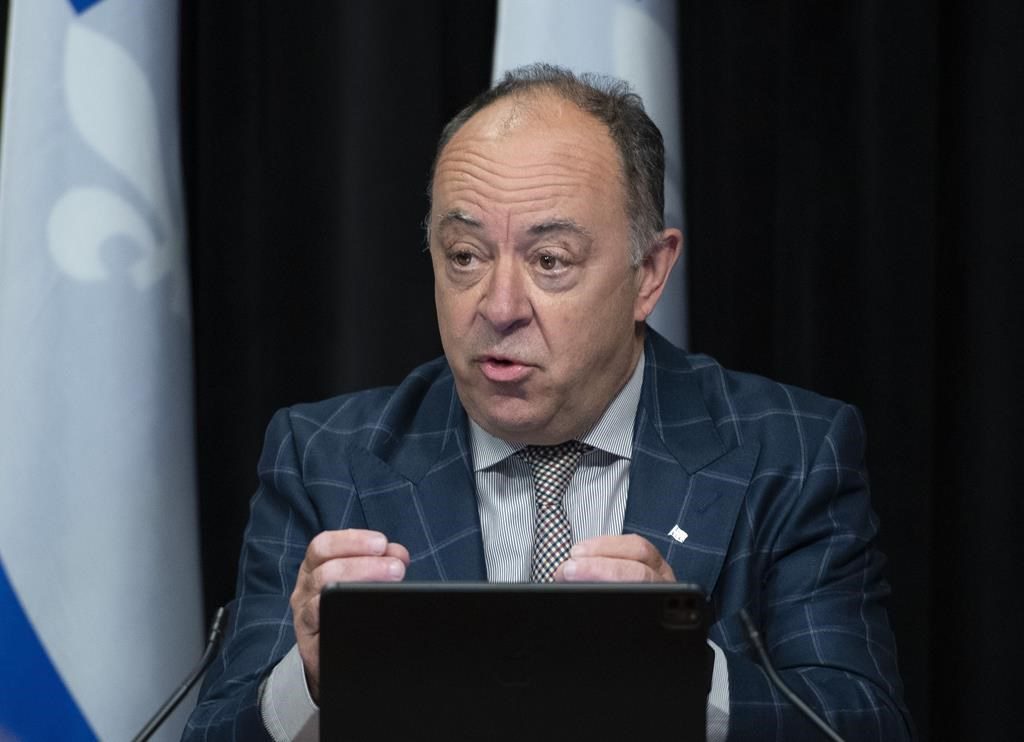 MONTREAL â€” Quebec’s coercive strategy to get more health-care workers vaccinated is concerning some health experts and union officials, who say the government should focus more on carrots than on sticks.

But that strategy is working, according to Health Minister Christian Dube.

On Wednesday, Dube said on Twitter that vaccination rates among health-care workers have risen 20 per cent since April 10 â€” the day his government issued a decree requiring they get vaccinated or be forced to get tested at least three times a week. Those who refuse can be reassigned or suspended without pay.

On Tuesday, Dube said the decree would apply to all private long-term care homes. “I’m not satisfied yet,” he told reporters, “because I would be more satisfied when we approach 80, 85 per cent and we are currently at roughly 67 per cent.”

The vaccination campaign has led to steep declines in the number and severity of outbreaks in long-term care centres, where about 88 per cent of residents are vaccinated with at least one dose, according to the government. But the province’s immunization committee has said it’s worried unvaccinated health-care workers will bring the disease back into long-term care homes.

Quebec’s Health Department said last week 65 per cent of health-care workers in public long-term care centres, and 60 per cent of those in private facilities, have received at least one dose of vaccine.

Jeff Bagley, president of the Federation de la sante et des services sociaux, a large health-care union that represents workers in the public and private sector, said he’s not sure a ministerial decree is the right approach.

“Going by coercive measures is really not the best way to do it; I think education and accessibility has much better results,” he said in an interview Tuesday.

For more than a year, health-care workers have been “hit with ministerial decrees,” Bagley said. “Cancelled vacations, obligatory overtime, just one after the other, after the other.”

The union, however, is worried about the vaccination rate among its members. “It’s not only an individual situation,” he said, “it’s a health and safety concern also.”

Dr. Sharon Straus, a geriatrician and clinical epidemiologist at Toronto’s St. Michel’s Hospital who has studied vaccine hesitancy, said she thinks campaigns to encourage vaccinations should focus on “carrots” rather than “sticks.”

“How can we address the questions and concerns that they have, so that they feel comfortable getting the vaccine?” she said in a recent interview. “Rather than thinking about what’s the stick approach, I’d like to think about how can we allay their concerns.”

Bagley said there are number of factors that have led health-care workers to not get vaccinated.

Some people are among the thousands of health-care workers who caught COVID-19 and didn’t realize they also needed to receive the vaccine, he said. Others, he added, were home sick with COVID-19 or in preventive isolation when vaccine clinics took place at their workplaces.

He said the provincial government recently began vaccinating health-care workers at their workplaces again, with positive results. “Accessibility certainly helps to make sure that people are getting it,” Bagley said.

A woman who works as a patient-care aide in a Montreal long-term care centre spoke to The Canadian Press on the condition she not be identified because she wasn’t authorized to speak to the media. She said she got the vaccine two weeks ago because she wants to travel in the future and believes proof of vaccination will be required. Getting vaccinated will also help some of her family feel safe, she added.

She didn’t get vaccinated earlier because she was worried about side effects, she said in an interview Tuesday. Managers at her facility, she added, encouraged her and her colleagues to get vaccinated but she said addressing their concerns wasn’t a major focus.

Eve Dube, a researcher at Quebec’s public health institute, said she expects to see more hesitation as vaccinations reach younger people. Older people are more inclined to get vaccinated in general, she said in an interview Monday.

“An older generation has seen more of the consequences of vaccine-preventable diseases,” she said. “We often say vaccines are a victim of their own success: younger generations are less familiar with these diseases â€” polio for instance.”

Vaccine hesitancy across Quebec appears to be on the decline. A survey released by the Quebec’s public health institute Tuesday indicated that 10 per cent of Quebecers are hesitant about being vaccinated, compared to 20 per cent before the pandemic.