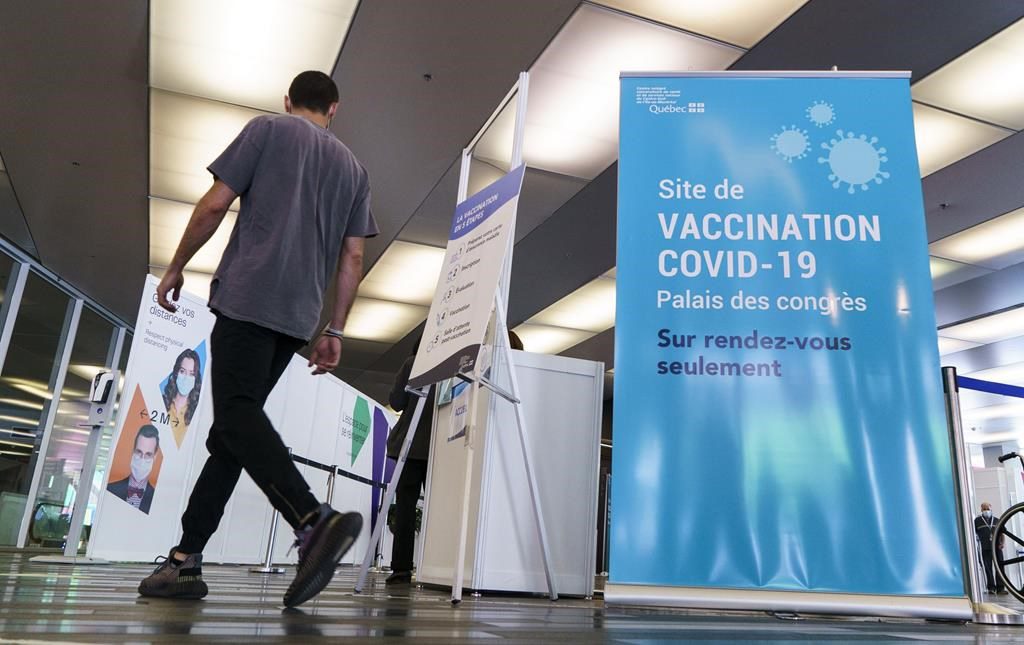 MONTREAL — Quebec is reporting 315 new cases of COVID-19 as well as two additional deaths due to the pandemic.

Hospitalizations declined by nine to 364, while the number of people in intensive care dropped by one to 90.

The province gave another 95,305 more vaccine doses over the previous 24 hours, and has currently administered just over 5.5 million shots.

The numbers come after police were kept busy by a second straight night of street gatherings that marked the end of the nightly curfew and the Montreal Canadiens’ victory in Game 6 of their NHL playoff series against the Toronto Maple Leafs.

City police allege a 19-year-old man was stabbed in an altercation that took place in Montreal’s Old Port, and an 18-year-old woman who was nearby became a collateral victim after she was shot in the foot.

A Montreal police spokesman said both victims are expected to survive, and that officers are investigating to determine whether the incident was related to the festivities in the area.

This report by The Canadian Press was first published May 30, 2021