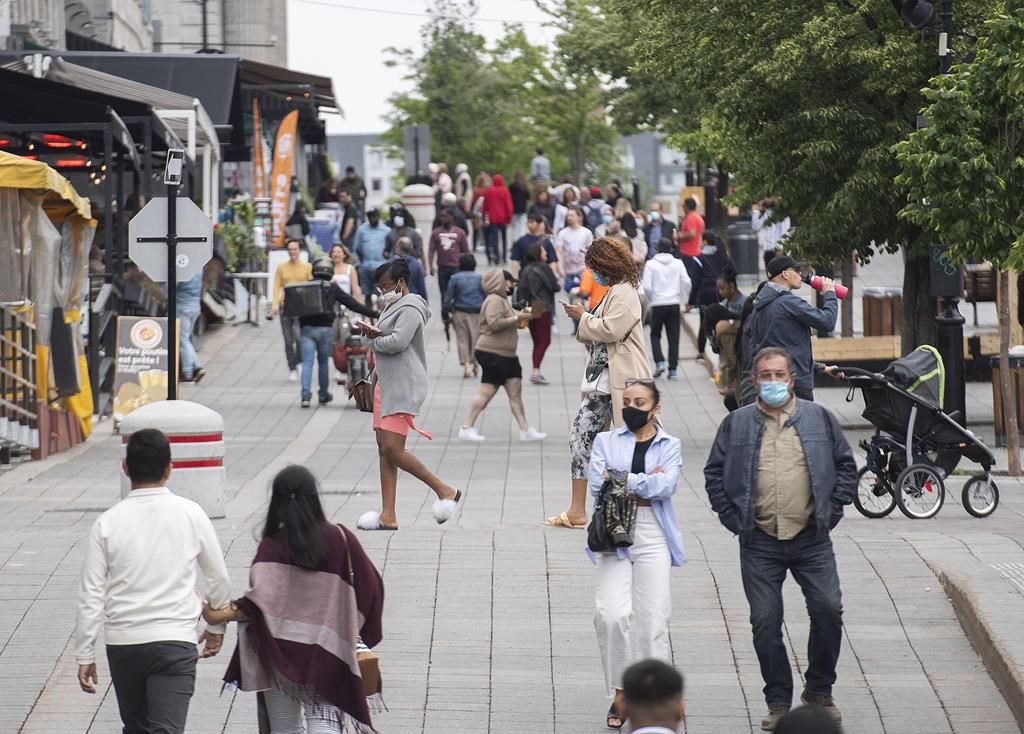 MONTREAL — Quebec is reporting 208 new cases of COVID-19 today and five more deaths attributed to the novel coronavirus, including one within the past 24 hours.

Health officials say hospitalizations dropped by eight, to 354, and 86 people were in intensive care, a drop of three.

The province says 65,917 doses of vaccine were administered since its last report, for a total of 5,648,992. Quebec’s public health institute says 61.3 per cent of residents have received at least one dose of a COVID-19 vaccine.

Montreal reported the highest number of new cases in the province, with 35, followed by the Montérégie region, south of Montreal, with 34.

Quebec Premier François Legault is expected to announce this afternoon whether restrictions will be relaxed in Montreal and its northern suburb Laval on June 7. The two cities are the only regions that remain at Quebec’s highest pandemic-alert level.