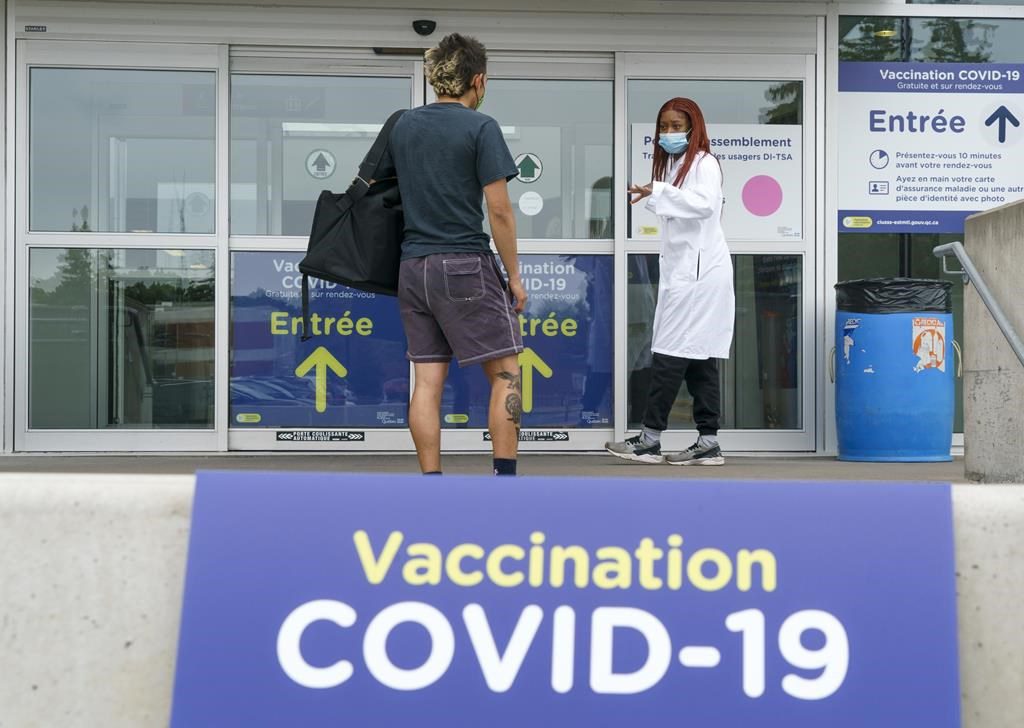 MONTREAL — Quebec is reporting 189 new cases of COVID-19 today and two more deaths attributed to the novel coronavirus, none of which occurred in the past 24 hours.

Health officials say hospitalizations dropped by six, to 251, and 64 people were in intensive care, a rise of four.

The province says 84,936 doses of COVID-19 vaccine were administered Wednesday; about 67.2 per cent of Quebecers have received at least one dose.

Later today, Health Minister Christian Dubé will present his government’s plan to catch up on surgeries that have been delayed because of the pandemic.

He has said he wants to wait until the end of August to start reducing the backlog in order to give health-care workers a summer break.

About 150,000 surgeries have been delayed in Quebec.

This report by The Canadian Press was first published on June 10, 2021.