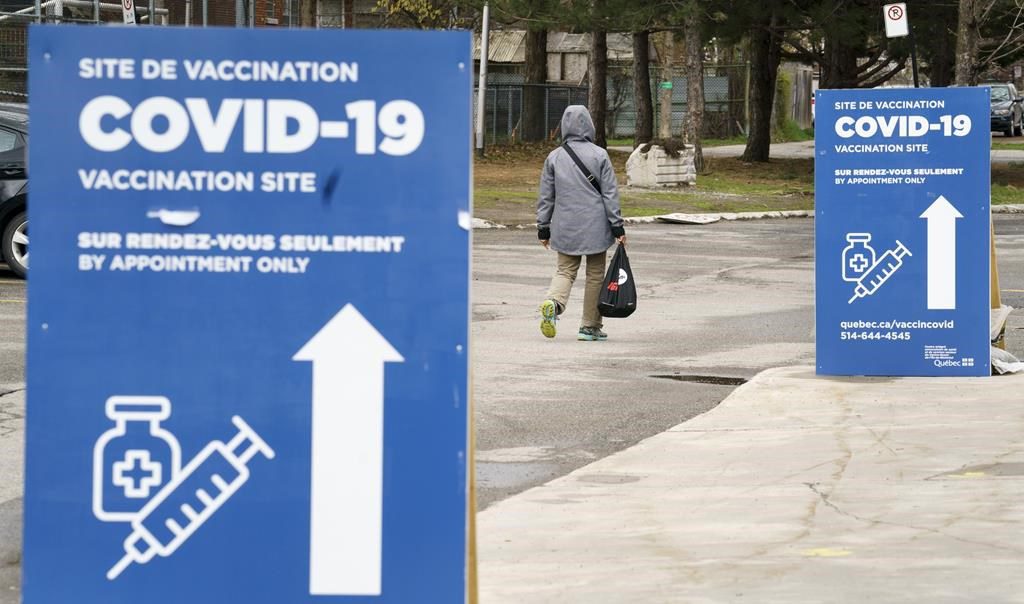 MONTREAL â€” Quebec reported 1,106 new cases of COVID-19 Saturday and 13 additional deaths linked to the disease, including three within the previous 24 hours.

The Health Department said the number of hospitalizations declined by 22 from the day before and now stands at 662, while the number of people in intensive care rose by nine to 181.

Public health authorities said 83,628 doses of vaccine were administered on Friday, for a total of 2,763,535 since the launch of the provincial immunization drive.

“We know young adults are sick for longer and wait longer before going to hospital,” he wrote in a post on Twitter. “No one is safe from the virus and its variants.”

Meanwhile, Montreal police said they found around 350 people gathered at a synagogue in the city’s Outremont borough on Friday evening.

Police said no tickets were issued, but a report was filed with the prosecution service, who will decide whether any charges will be laid.

Police said they met with one of the leaders of the synagogue to inform him about Quebec’s COVID-19 regulations, which forbid religious gatherings of more than 25 people.

Quebec has reported 343,794 confirmed cases of COVID-19 and 10,869 deaths associated with the disease since the onset of the pandemic.