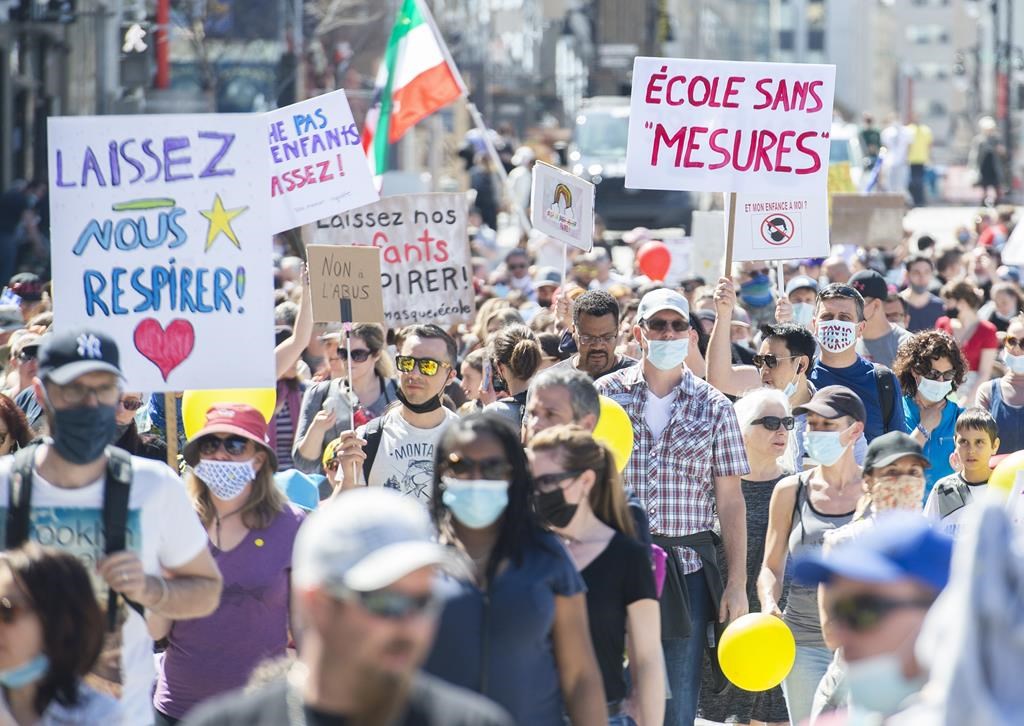 MONTREAL â€” Quebec is redirecting people from the mass vaccination site at the Olympic Stadium on Saturday because of a planned protest in the area against COVID-19 health orders.

Health Minister Christian DubÃ© said today on Twitter appointments have been transferred to other clinics in the city.

DubÃ© says the other clinics had the capacity to honour appointments scheduled at the stadium but is deploring the fact protesters are choosing to demonstrate outside the mass vaccination site.

The protest is being organized online by a group calling itself QuÃ©bec Debout (Quebec standing up). It calls the public health orders imposed in the province “excessive and unjustified.”

Protests are planned in Montreal and several other Quebec towns, according to the group’s Facebook page.

DubÃ© says the government respects the right to demonstrate but vaccination is a priority.

“People have a right to their opinion, but I think they could have left those who are getting vaccinated alone,” DubÃ© told TVA network in an interview today.