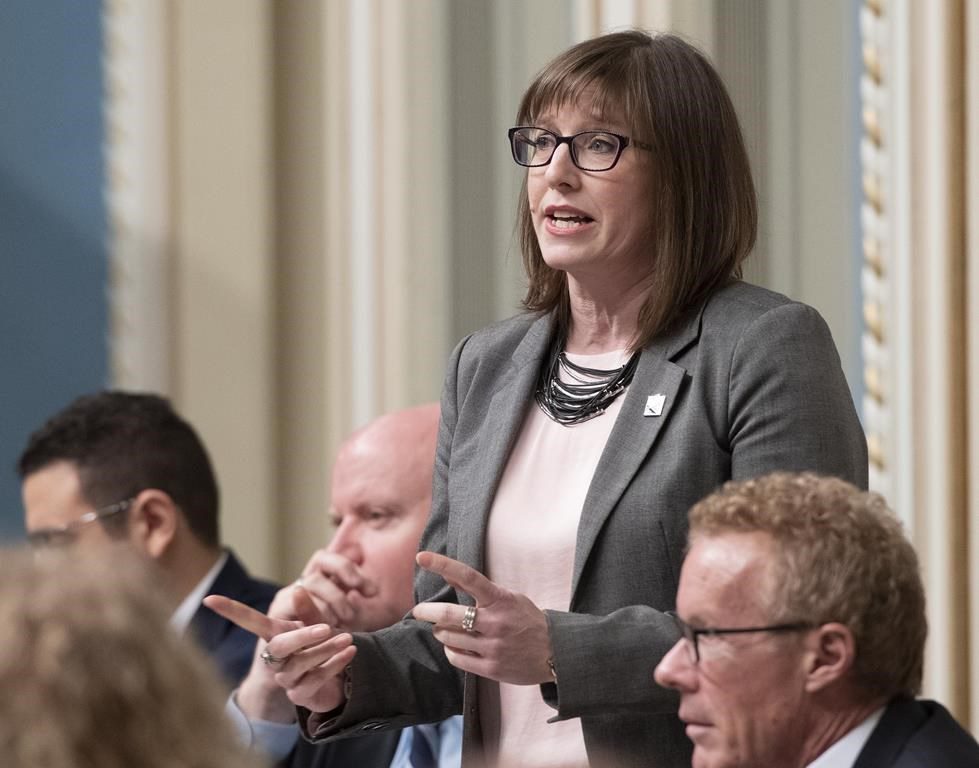 Marie-Ãˆve Proulx met today with Premier FranÃ§ois Legault, who told reporters the decision to have her resign from her duties was mutual.

Proulx will remain in the Coalition Avenir Quebec caucus as the member representing the riding of CÃ´te-du-Sud, a district she won in 2018. She was also minister responsible for the ChaudiÃ¨re-Appalaches and Bas-St-Laurent regions.

She has been the subject of controversy in recent months and more than ten people in her office have been dismissed or resigned.

Legault says he was informed about problems in her office in February 2020 and she was assigned a coach to help her manage her staff, but he says the situation did not sufficiently improve.

After a confidential settlement, Proulx avoided appearing before a labour tribunal in April to respond to two complaints from a former riding office employee.