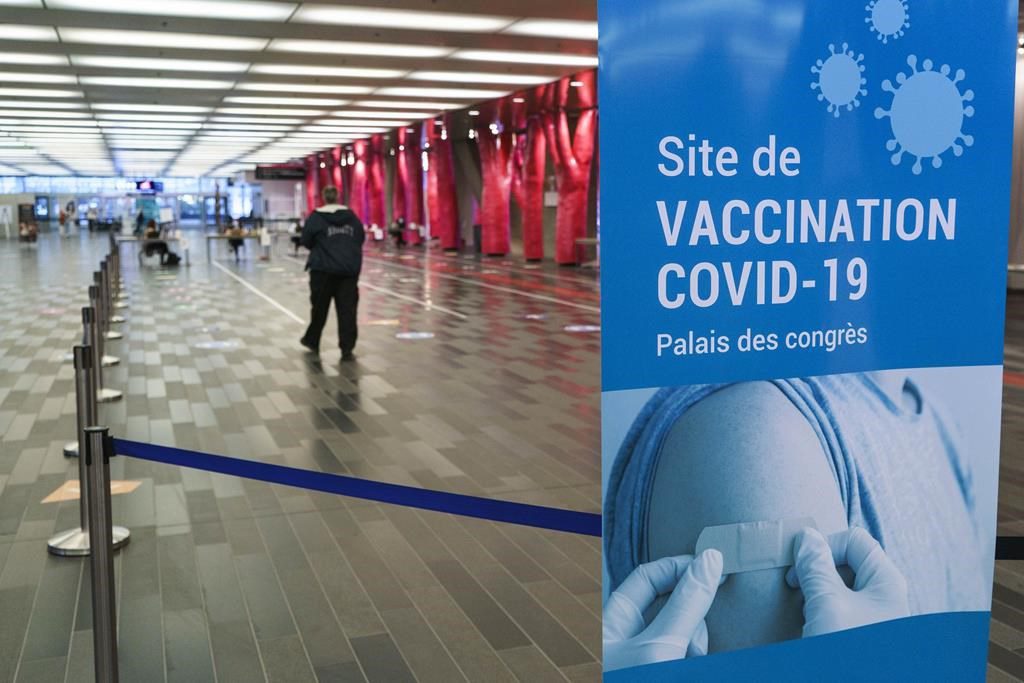 MONTREAL â€” Quebec is reporting its highest number of hospitalizations and intensive care cases due to COVID-19 since the second wave.

Health officials say that over the past 24 hours the province recorded 692 hospitalizations, 175 of which were in ICUs.

Confirmed cases of the virus in the past 24 hours totaled 1,537, largely in line with numbers over the past week as the variant-driven third wave continues to hit parts of the country west of the Maritimes.

DubÃ© said the megaphone-equipped trucks will blast messages in multiple languages along residential streets in western Montreal and in the city’s diverse Cote-des-Neiges borough to encourage residents to receive one of 20,000 doses available without an appointment over the weekend, adding that the AstraZeneca vaccine is for those 55 and over.