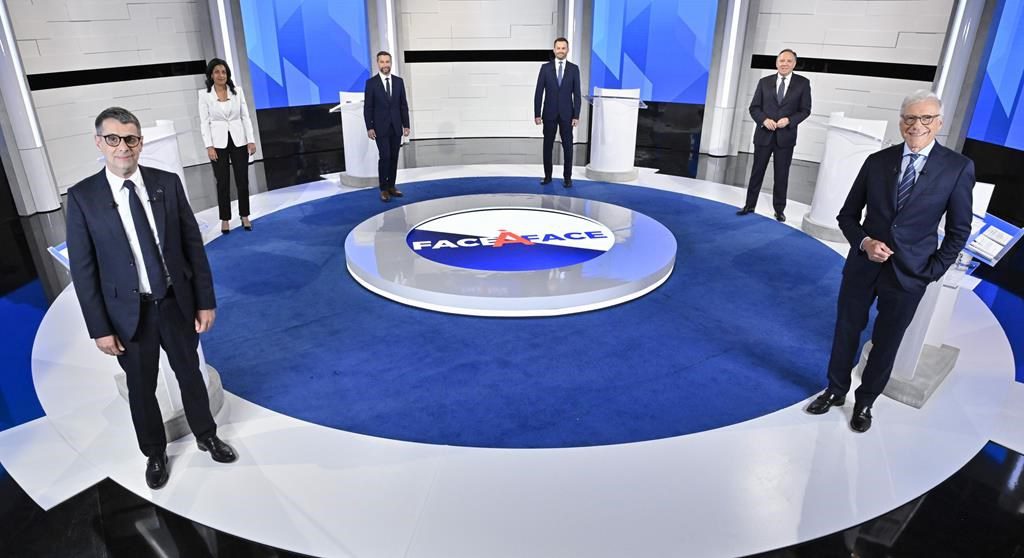 MONTREAL — Quebec party leaders will face off one final time ahead of the Oct. 3 election during a French-language televised debate tonight.

The incumbent Coalition Avenir Québec led by François Legault continues to enjoy a solid lead in the polls, and the other four main parties are in a fight for second place with just 11 days left before election day.

The debate, hosted by Radio-Canada, offers one more chance for the Liberal, Québec solidaire, Conservative and Parti Québécois leaders to make their pitch to Quebecers.

None of the five party leaders have scheduled events today ahead of the debate, which will be divided into five sections: environment; the cost of living and the economy; health; education and services to citizens; and French language, immigration and identity.

Some good news came late Wednesday for Liberal Leader Dominique Anglade when a Quebec Superior Court justice ruled that her party’s candidate in Matane-Matapédia, who had initially been disqualified, can run, meaning the Liberals will have candidates in all 125 ridings.