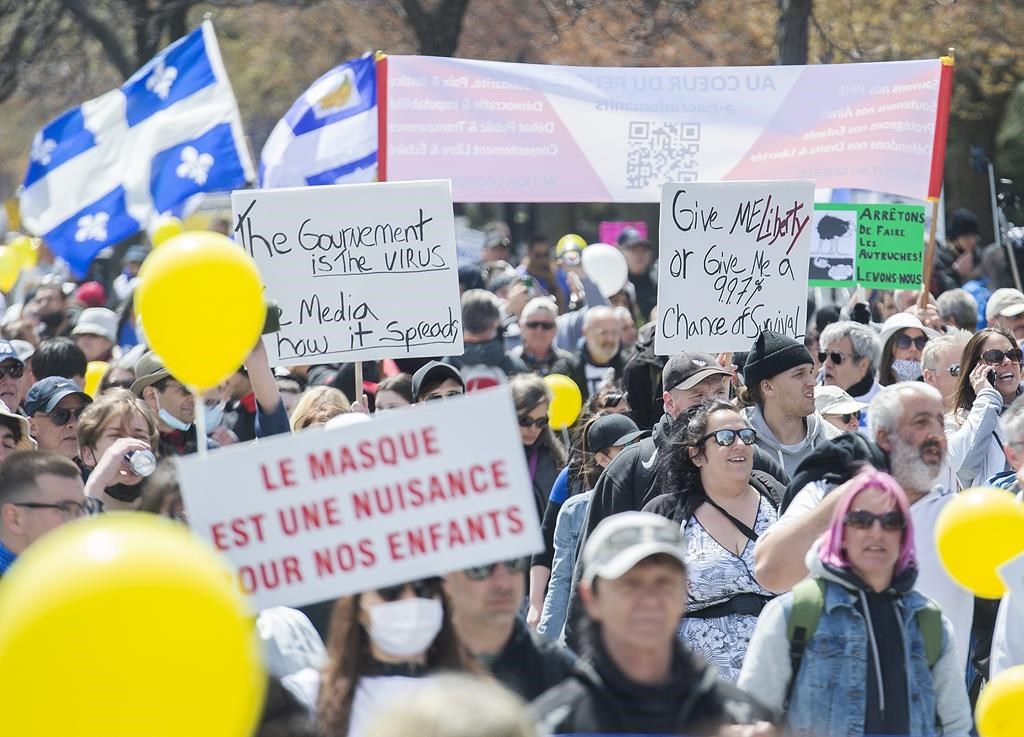 MONTREAL â€” Quebec’s new COVID-19 cases are holding steady at just over 1,000 as the province plans to ease some restrictions in the Montreal and Quebec City areas.

The province reported 1,006 cases and nine new deaths on Sunday, but none in the last 24 hours.

Hospitalizations declined by four to 574, while the number of people in intensive care fell by two to 157.

The province announced last week that it would allow elementary students in the Quebec City region to return to class on Monday after being closed throughout the month of April.

The nighttime curfew in Montreal and neighbouring Laval is also moving from 8 p.m. to 9:30 following about two weeks of stable cases and a slow decline in hospitalizations.

Quebecers age 45 and up will also be able to book their vaccine appointments beginning Monday as the province gradually widens access to the general population in descending order of age.

This report by The Canadian Press was first published May 2, 2021